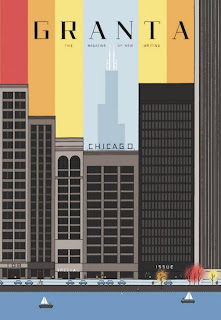 Granta
The magazine of new writing
12 Addison Avenue
London, UK
Granta is one of the oldest and most prestigious literary journals around. It originated in 1889 at Cambridge University as a student journal and enjoyed a long, distinguished history, publishing everyone from A. A. Milne to Sylvia Plath. In the 1970s it ran into financial trouble and was re-launched in 1979 as a magazine of new writing, with both writers and audience drawn from the world beyond Cambridge. It’s been a huge success (as literary journals go), with every issue still in print.
Granta publishes essays, fiction, memoirs, poetry and reportage and is committed to discovering the finest new fiction and non-fiction from around the world. Its contributors have included Martin Amis, Bill Bryson, Milan Kundera, Ian McEwan and Arundhati Roy.
But Granta doesn’t just publish literary lions. “Every week,” the editors write, “Granta receives short stories from new writers all over the world. We are delighted to be able to showcase the best of those stories on granta.com in our New Voices series.
Submission guidelines: http://www.granta.com/Magazine/Submissions-Policy
Home: http://www.granta.com/
Note: For information on Brian Henry's writing workshops and creative writing courses, see here.
Posted by Brian Henry at 12:00 PM