“My Big Break,” a true story by Kumkum Ramchandani 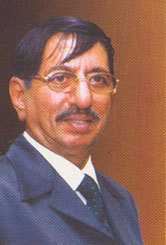 Laxman Popley Kewalram was a runt of a man with a Hitleresque moustache. He had made millions as one of Mumbai and Dubai’s most successful jewelers but to look at him, you would think he was either a clerk in a dusty obscure government office or even a chai stall owner in a small backward Indian town.

Popley had made history in 1994 when he held the lavish wedding of his older son aboard an Air India Jumbo jet specially commissioned for the event. Newspapers and TV programs went berserk over such a highly unusual occurrence. Even the international media had picked it up.

When he moved to Dubai to open two jewellery stores in the Gold Souk area, his fame preceded him and no doubt was one of the factors leading to his success. I was a journalist in the Dubai bureau for an Abu Dhabi based newspaper, Emirates News, when I was invited for a press conference to announce the expansion of the Popley empire.

Though working as a staff reporter in a city like Dubai had it frustrations, mostly connected with limited freedom of speech under a benevolent dictatorship, I thoroughly enjoyed my job. No two days were alike and I was not glued to a desk, which was to my liking.

By chance I arrived at the press conference a little early as I had finished my previous appointment sooner than expected. I was the first one in the room and sprightly Mr.Popley pumped my hand in ecstatic welcome. Members of the press were treated like royalty by Dubai’s business class as much of it’s success in the emirate was attributed to good publicity.

Popley and I went through the usual chit chat and in the course of conversation I mentioned that I had heard about the wedding of his older son and the ripples it had created many years ago. “Oh, how wonderful that you read about it,” the little man gushed, “I am but a humble man and it was such huge news. I am so grateful to the media. I hope my second son’s wedding will manage to live up to the first’s as I am hoping to have it in a submarine.”

I have only read about this in books but for the first time in my life I literally felt my ears perk up. Now before I continue, I must point out that for every journalist there comes a time when he or she needs a big story. I had been a reporter for ten years and nothing had distinguished me in my field so far. “Mr.Popley, did I hear this right? You are planning to have your second son’s wedding aboard a submarine?”

“Yes, yes, dear lady, the preparations are on the way. I have contacted the British navy and am waiting for their confirmation, though unofficially they have told me that it will be possible. Now I have to persuade the bridegroom as he is showing some reluctance.”

A crafty side of me which I never knew existed came to the fore. “”Sir, may I ask you something?” I was quite a lot younger then and even if I say so myself, quite attractive. I also didn’t hesitate to use my female charm when it was necessary. “Of course, dear lady, anything, ask me anything and I will try my best to do what I can,” he answered.

“Mr.Popley, please don’t speak about this to the other people who are coming to this press conference. Please please, I would be obliged to you for ever more,” I pleaded.

“Of course, I don’t mind doing that, rest assured, my dear. Anyway, this press conference is to announce the opening and expansion of my stores so it’s okay if we don’t talk about anything else.” Popley looked a bit bewildered but he had succumbed to my wiliness. He didn’t know that my heart was racing with excitement. Was this my big break?

Quickly I questioned the runty man about the details of the wedding and he innocently told me everything that I needed to know. Just as I finished scribbling in my notebook, the first gaggle of journalists started coming into the room and the jeweler had to rush off and pump their hands excitedly.

Soon enough the press conference was under way but I hardly paid attention to what was going on. Already the sweet smell of success was making me dizzy.

I couldn’t wait to rush to my desk. I called the assistant editor in the head office in Abu Dhabi and told him about what I had learnt. He told me to send the story as soon as possible. For the first time in my career I sat down at my computer with trembling hands and within fifteen minutes had sent the articles off.

I could barely sleep that night. I had no idea if the story would make waves or be just another sensationalist piece to be flung aside and become obscure. The next morning I opened the Emirates News with trembling fingers. Popley’s revelation was splashed on page two with pictures and two eye-catchingly big stories plastered prominently under “local news”.

By 10 am, my phone began to ring. All the stringers from AP, PTI, Bloomberg, Reuters, and the government press agency WAM were on the line. The refrain was the same - “Is this true? Can we carry this story?”

I was incoherent with delight. For a journo, the pinnacle is reached when press agencies and TV news stations pick up your story. 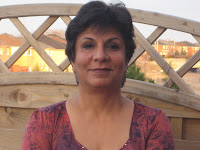 Kumkum Ramchandani is a writer, artist and yoga teacher. She has been a newspaper reporter in the Middle East for 15 years. She has published one book in Canada. Called Bailey's Blogs, it's a whimsical look at life in Canada through the eyes of her humorous brown dachshund, Bailey. She lives in Mississauga. Check out her website here.