“A History Lesson” by Catherine Jansen 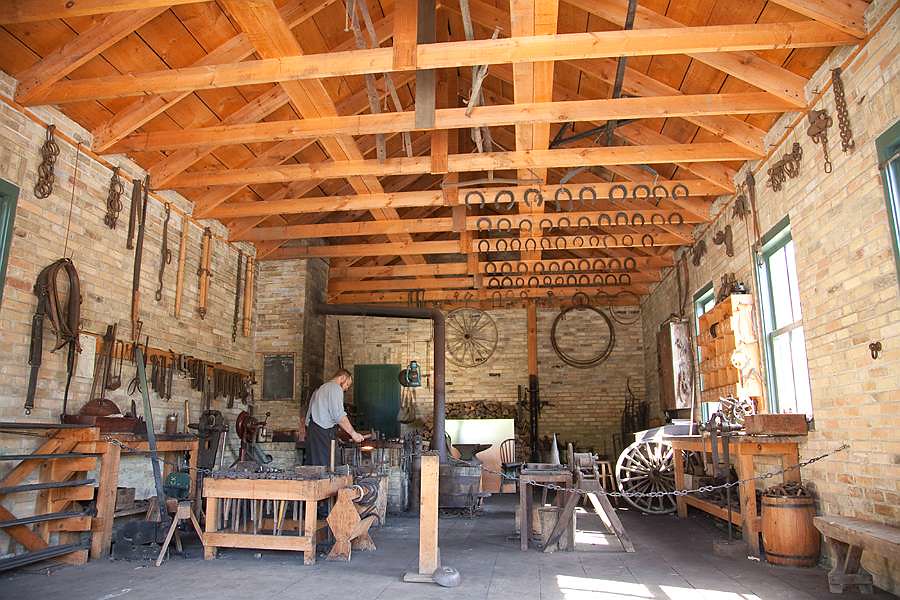 How did pioneers manage? I wondered. Trips by horse-drawn wagon must have seemed even longer with squabbling children aboard. Our kids had been attacking each other in the back seat of the car since the minute we’d left home on our way to Doon Heritage Village, and now as our highway exit loomed into view, they were officially at war. They fiercely sparred for every inch of elbow room.

Delia is eleven.  She has beautiful nails – long and perfectly shaped.  When she lost the armrest to her sister, yet again, she dug her lovely fingers into Jill’s arm.  Jill, age seven, let out a shriek of fury and delivered a well-aimed slap to Delia’s face.

“Well, you scratched me,” screamed Jill, tears streaming down her face.

“Because you’re leaning on me,” said Delia.  “I’m completely squished … I can’t breathe.”

“I have to,” Jill wailed.  “Or the baby pulls my hair.”  While she said this, she continued to pound on Delia’s shoulders with her fists.

“Please try to get along,” I pleaded.  “We’re almost there.  Don’t treat each other like this.  Remember, you love each other.”

“Me too,” said Jill, and she twisted away from Delia and covered her face.

It had been overcast all morning.  By the time we pulled into the parking lot of the heritage village, it was pouring with rain.  The girls looked unenthusiastically at the little cluster of buildings along a dirt road.

She refused the umbrella, pulled her hood up, and gave me a dark look.

I walked next to my husband, Martin, carrying the baby, while the girls shuffled down the road ahead of us, keeping a meaningful distance from each other.  We poked our heads into each building – first a general store, with displays of old tins of canned food, painted china, and lengths of fabric, then a post office, then a butcher’s shop, with an enormous but fake side of beef hanging in the back room.  Then we arrived at the blacksmith’s.

It was a dark, boxy little building with few windows.  It took a moment for our eyes to adjust to the gloom.  In the corner were coals glowing orange in a fire, and the smell of scorched wood and hot metal.  The blacksmith himself was a college-aged man dressed in costume. He leapt up when we came in – we were the only visitors so far this morning, he told us.  He started to show us the shop.  He pointed out the forge, the anvil, his tools. Then he turned to the girls, who had been listening solemnly, and said, “How would you two like to help me make something?”

They looked at each other, suddenly cheerful, and nodded.

“We’re going to make a hook,” he said, holding up an example – a small piece of metal bent in the shape of S.

“First, some protective gear.” He handed them each a pair of historically inaccurate safety goggles, and a heavy leather apron, which Martin and I had to help them tie in the back.

“Now,” he said to Jill, “I want you to keep the fire burning for us.” He showed her a handle that she had to turn slowly, which provided a steady stream of air to feed the flames.

Then he handed Delia a hammer and had her stand at the anvil.  Grasping a red hot piece of iron in his tongs with one hand, he placed it on the anvil, and struck it with the hammer.  A shower of yellow sparks flew up, like a tiny firework.

She hesitated for just a moment, and I held my breath while she swung the hammer.  It struck with a reverberating clang, and a few more sparks leapt from the anvil.  Delia and the blacksmith took turns striking the metal.  After about a dozen blows, the iron started to cool and was no longer pliable.  The blacksmith put it back in the flames until it glowed again.  Jill watched, wide eyed, but still steadily, intently turning the handle.

Then it was Jill’s turn at the anvil.  Delia took her place at the bellows and Jill picked up the hammer.  She was smaller and had a harder time swinging the hammer, but she was determined not to be outdone by her sister.  She and the blacksmith worked the iron, and it started to look like the hook he had shown us.

Finally, he picked it up with the tongs, handed Delia a pair of pliers, and told her to turn the hook several times.  This would put a twist in the hook – purely decorative, he explained. 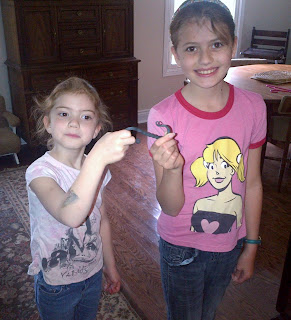 There was a wooden barrel of murky water next to the fire.  The blacksmith passed the tongs to Jill and told her to dunk the hook under water.  As she did, there was a loud sizzling noise and a cloud of steam rose up from the barrel.  Martin and I broke into applause.  The baby clapped too.

The blacksmith took the freshly made hook with his fingers and held it up.  “Cool enough to touch,” he said.  He held it in front of the girls.  “Can you two share this?”

Martin and I exchanged a nervous glance.  But they had already nodded in agreement, and Delia had it clasped in her hand.  We thanked the blacksmith and stepped back out onto the road.  The rain seemed to be easing; there was only a light sprinkling now.  The girls walked in front of us again, Jill skipping a little.  There was a farmhouse up ahead, and they wanted to see the goats.
***
If you go…
Doon Heritage Village is a living history museum set in the year 1914.  Visitors can explore a recreated rural community, with shops, houses, and farms, staffed by interpreters dressed in historical costume.  It is open seasonally from May 1 – December 23.  Admission fees cover both the village and a visit to the attached Waterloo Regional Museum.  Located at 10 Huron Road, Kitchener, Ontario.  For more details, visit www.waterlooregionmuseum

Catherine Jansen lives in Oakville, Ontario.  Her three kids provide lots of inspiration and make a fabulous test audience for the children`s fiction she loves to write.  Her work has previously been published in Mothering and Pathways magazines.