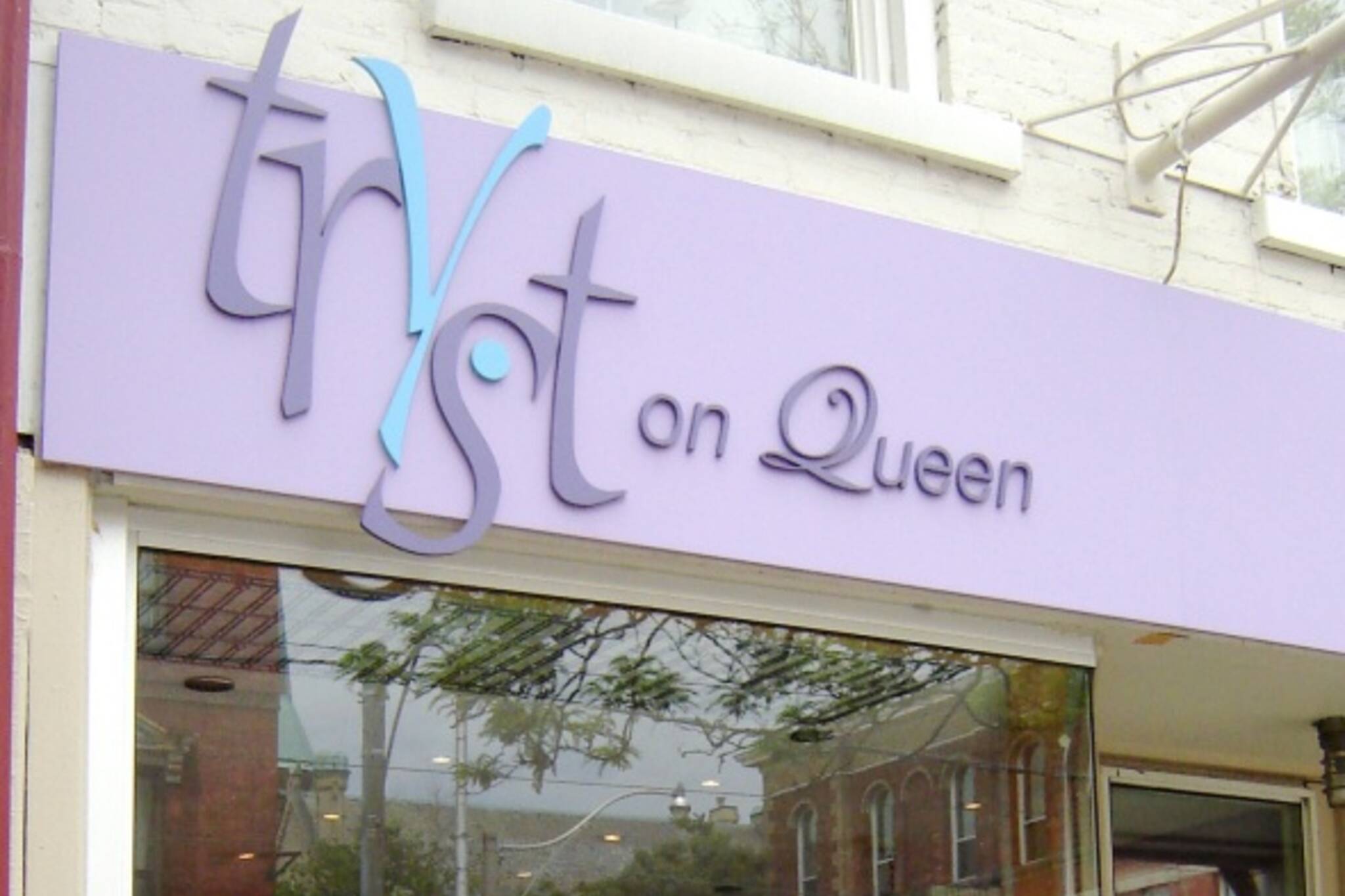 Rachel chewed her thumbnail, the damp receipts limp in her hand. “Hey, Google, how long does it take to get to Queen West in Toronto right now?”

“The travel time by car is 50 minutes with moderate traffic.”

Not enough time to get there and back before John got home.

The receipts had been shoved into the kitchen garbage, right to the bottom.  She had noticed one of them through the cheap plastic garbage bag that John had picked up when they ran out of the massive Costco box last week. It caught her eye because its ink was bright purple and fluorescent pink. She lay the bag on the floor and dug down through the non-recyclable plastic and slimy food that somehow didn’t make it into the compost. When she reached for the receipt, her fingers closed around a crumpled mass of paper and she pulled it out.

It was a bunched mass of six receipts. The first one, the pink and purple one, was from a place called Tryst Lingerie in Toronto. It had the stylized image of a shapely woman’s torso on the top. The receipt was for $350 but Rachel couldn't understand what the item codes meant. Valentine’s was coming up. Had John bought her some new lingerie? She certainly could use it, having worn white Hanes Her Way from Walmart for the past six years. Was he trying to rekindle the spark that had dimmed since the children were born?

She unwrapped the second, third and fourth receipts. They were for restaurants in Toronto. John worked in sales so eating out made sense. But the last two receipts were for hotel stays, one in Toronto and one in Niagara on the Lake. Rachel squinted at the dates. Both in the last month. When had he been away?

Life was just a blur for Rachel. With four children in four years, her life as a sales executive had slowed with the first child, halted with the second and fallen off a cliff with the third. With the fourth ... Well, she'd known she'd never again have a career.

When she'd go to visit her old boss, she often heard the words “Mommy Track,” sometimes in conversation and sometimes staged-whispered as she walked by the cubicles. Back when she still went in to visit. But then came the weight gain that wouldn't budge and a surprise fourth baby and then the brain fog.

She had once been so sharp and focused; now she was disorganized and lackadaisical.  She went from custom made suits from the finest bespoke tailor in the city to yoga pants and leggings from Costco. She had tried to get in with the yummy mummies in the neighbourhood but found them boring and catty. And she didn’t fit their mold. They considered themselves to be “Doing it all and Looking Good while doing it.” In fact, one of the mothers had t-shirts made that said just that and invited the gang to her place to try them on.

Rachel found that hers pinched her arms and encased her like a sausage. One mom had told her she should thank the group for the motivation to get fit. When she got home, John had complained about how hard it had been for him with four kids on his own but congratulated himself for giving his wife a night out. Rachel had cried for hours that night while John,  oblivious, worked in the office downstairs.

Several of the women ran businesses from home and crowed about their success at the various get-togethers. But these businesses were dependent on the group and their family members buying their product and often, becoming an agent as well. Rachel had no desire to sell cookware, jewelry, clothing or knives (no matter how special) and despite buying more of their stuff than she needed, it was never enough because she refused to host parties or get more involved. Slowly, the group made its disapproval known and at subsequent get-togethers, she’d felt less and less welcome until the last time she went, the hostess opened the door and acted surprised and dismayed even though Rachel had been on the guest list and rsvp’d. After that, Rachel stopped going and shortly after was removed from the email list.

Now, Rachel pulled out her phone and opened her calendar to check what she was doing on the dates of the receipts. Nothing except for dentist appointments for the kids. She had nothing to go on.

But really, John had so many meetings, so many people to see. Sometimes the company would rent a room to conduct interviews in. It showed up like a bedroom on the receipt but it was a room with a desk and bookshelves, designed for meetings. She was sure it was nothing and crumpled the receipts in her hand and threw them on top of some tangerine peels.

Then she glanced again at the Tryst receipt. It lay on the granite counter still damp from the garbage. She hadn't checked the date on it. Looking closer, she saw it was from six months earlier. Why would John buy her lingerie and store it for six months? And with her birthday in between. What had he gotten her for her birthday? What had they done? Again, it was all a blur.

Her weight had been steadily going up in the past year so it made no sense to buy anything too far in advance. But John was a guy and probably wouldn't think of that. He hadn't mentioned her weight gain and when she asked him, he had said he hadn't noticed. He said she was as beautiful as always to him, but he’d said it with a far-away look. Of course, they were both so tired….

Rachel looked at the receipt, crumpled it and tossed it in with the others. She tied the bag which gaped open where it had torn. Cheap bags, Rachel cursed. The pink and purple receipt lay in the opening, the svelte torso arching up towards her. Rachel looked at it for several seconds. Then she picked it back out, folded it neatly and put it in her pocket.

She was not going to drive all the way to Toronto to find out what this damn receipt was for, not when she could just ask John.