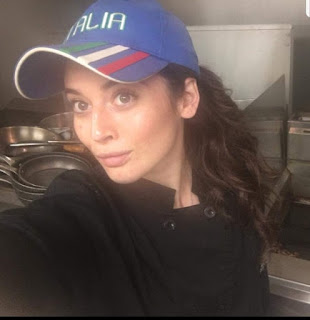 During the first few months after my daughter’s suicide, I learned that people could be put into one of three categories.

The first group was made up of people who were genuinely there for me, not surprisingly these were family and close friends. Showing up with a bucket of ice cream and two spoons; content to binge-watch TV with me if that was all I had the energy or attention for. But it was the random people that showed up in the most incredible ways that convinced me they must’ve been heaven sent.

Such was the case of my friend, Paul. I’d met him at a week-long course. After graduating from the class, we parted ways. As far as Facebook was concerned, we were friends, but beyond social media, I only viewed him as an acquaintance. So I was shocked when he offered up his cottage for a week after my daughter, Hilary, died. My typical response would have been to thank him and decline, but throughout the grieving process, I’d learned to say yes to these random acts of kindness. Pride also died as I learned to accept the kindness and generosity of Paul and others like him.

The second group neither helped nor hurt, but was made up of neutral fence-sitters. Merely showing up at the visitation or sending condolences and moving on, their contributions weren’t unimportant – quite the opposite. These people formed a road map that led me on a round-trip around my life. Starting at my youth – childhood friends, neighbours and even teachers, and winding into my present: co-workers, social circles and church family.

With these benign expressions of sympathy came the freedom to not respond. These same people popped in innocuously in the months that followed, a message or a quick call, still not requiring much by way of response. With the exhaustion that comes with grief, I particularly appreciated that perk from this demographic.

The third group, though small, were made up of those who caused harm. The one person whom I could never imagine walking away did just that. She ghosted me. As the term implies, she vanished from my life. Admittedly, I hadn’t been the most attentive friend in the early months of my loss – I rarely answered the phone and was slow at responding to texts – but ghosting? Really? With limited emotional reserves, I attempted to reach out, to no avail. I didn’t have the energy required to pursue what I’d thought was a strong connection, so I let it go. And in the months since, she has returned to my life.

On the other side of the same coin, I received long messages from someone who decided to resurface after years of silence. In what seemed to be an attempt to take my tragedy and make it their own, they waxed on about how they couldn’t stop crying and had to leave work when they’d heard the news, how they’d had a cancer scare that same year, and now this? Well, it was just too much for them to bear.

The final message suggested getting together because I shouldn’t be alone at such an awful time.

I didn’t respond. If there was a lesson to be learned about dealing with this last group, it was in setting firm boundaries. My silence became the answer to self-indulgent soliloquies. As for dissolved friendships? Catch and release.

The fallout of suicide is too much for some people to deal with – I’d certainly become more acquainted with it than I ever wanted to. The truth is, suicide is an uncomfortable subject.

I watched a Ted Talk by communication strategist Keely Herron who spoke about acceptable and unacceptable trauma. Acceptable trauma, she explained, is what the general population is willing to discuss and show compassion toward. It might be a cancer diagnosis or the death of a favourite pet or grandparent. But suicide, rape or domestic violence? These issues definitely fall under the unacceptable trauma category. Pretty much anything that makes people squirm and wish you’d shut up falls into this category.

I’d discovered that in some circles, conversations about suicide gave off an odour of shame and guilt and needed to be kept in an airtight container so no one had to catch a whiff. Sadly, within my own family, I’d encountered this mindset. “We’re not talking about this,” I’d been told. But Hilary was my daughter, larger than life when she was here, and her legacy will speak loudly, even if I don’t. If she’d died from cancer, a physical illness, I wouldn’t be ashamed or embarrassed to talk about it, so why would I feel that way about her mental health?

I attended an event near my home to mark International Survivors of Suicide Loss Day, which recognizes the unique journey of grieving a suicide. I’d struggled with the idea of attending; it meant conceding that I had become a member of a club no one wants to belong to. There were 120 of us honouring the lives of as many children, spouses, parents and siblings.

Despite my misgivings, I witnessed the transformative power of communication and connection. Initially convinced that it would be a morose and perhaps even a harmful gathering, I found that most attendees fell into the first category – those who helped. There was a universal message in that sacred space, and it could be spoken aloud: I see you. I’m here, and I’m listening.

Whatever we keep hidden has power over us. Exposing it to the light – bringing it into the open, is what banishes the darkness. This belief had always been true for me, but perhaps more than ever, I’m putting it into practice.

Monica Catto is an aspiring photographer, writer and social justice activist working in the human trafficking field with the White Rose Movement of Toronto. She lives in Mississauga, Ontario. You can visit her blog here.
“Grieving suicide is tough but we need to be honest about how much it hurts” was originally published in the Globe and Mail in their “First Person” feature. For information on submitting a personal essay to the Globe and Mail (and to 21 other places), see here.