“The Gospel Truth” by Susan Mattine 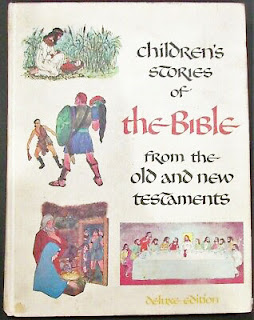 When I was growing up, it was an Italian tradition for children to be afraid of their parents.  As Italian as eating pasta for dinner or dancing the Tarantella at a relative’s wedding. If you quivered with fear at the thought of telling your parents you accidentally sat on the good furniture (usually wrapped in plastic and reserved for guests) – it was a sign of respect and successful parenting.

What Italian parents failed to realize was the extent to which a child might go to avoid telling the truth and getting into trouble. In my family, this meant lying to my father whenever I hurt myself. If I fell off my bike and scraped my knee, my father would say, “You do that again, I’ll scrape the other one!”

Clearly, telling the truth wasn’t worth it. I didn’t understand that living with the lie afterwards might actually be worse than the injury itself. It was a lesson I learned the hard way, after one particular incident when I fell over the hallway bannister and spent Easter weekend in the hospital.

I was seven years old, watching The Flip Wilson Show in the lower level family room. The Osmond Brothers had just performed and Jimmy (the youngest, not-so-famous brother) had made a rare appearance. At commercial break, I decided to head upstairs for a little snack.  Daydreaming about Jimmy, I floated up the stairs and stopped at the hallway bannister.

This is where it gets fuzzy. I’m not exactly sure but I think I must have leaned over the balcony. And then, like a gymnast vying for Gold in the Olympics, I flipped onto the other side, my hands slowly sliding down the posts like I was in a slow-motion movie. Holding on for dear life, I dangled there for what seemed like an eternity but was really just a few seconds. When I couldn’t hold on any longer, I let go. Landing with a THUD onto the stairs below, rolling down until I reached the bottom.

A moment later, my mother appeared.

“Susy, please,” she admonished. “Get off the floor.” She stepped over me and continued to the cantina to get a jar of tomato sauce. On her way back, she saw that I was still lying in a crumpled heap on the ground.

“What happened? Are you ok? Say something!”

I couldn’t say a word – the pain was too great. She carefully helped me get into a sitting position, and after much effort, I managed to speak.

“I fell,” I said and pointed – but not all the way to the balcony, just toward the landing halfway up the staircase. “From there.” Even in this condition, I knew the truth was not an option. The lie rolled easily off my lips.

My mother looked to where I was pointing.  From the main floor hallway, it was only seven steps to the bottom of the stairs. That wasn’t too bad. She instantly looked relieved.

Where did she think I was going? It hurt too much to even breathe.

“I’ll go get some Gassosa.” She left and within minutes, came back with a huge bottle of Italian Ginger Ale – my mother’s cure for all medical ailments.

Thirty minutes later, I was still hunched over in pain. The Gassosa wasn’t working. Time to go to the hospital.

In Emergency, the doctor gave me a thorough examination. “It’s nothing too serious,” he told my mother. “She just bruised some ribs. We’ll order some X-rays to make sure. In the meantime, she’s going to have to spend the weekend in the hospital.”

It’s like he said I had an incurable disease. My mother turned her head, hiding her tears. If it wasn’t for the pain, I would have jumped for joy. Staying overnight anywhere that wasn’t my own house felt like a party. This was going to be fun!

Not so much fun for my mother. She still had the unpleasant task of telling my father that his baby girl was in the hospital.

“She’s WHAT?” my father yelled over the phone. “In the hospital? What happened?”

My mother explained it wasn’t serious. “She just slipped down the stairs from the hall landing. The doctor thinks it’s nothing more than bruised ribs.”

My father was not happy. He slammed the phone on his thumb, damaging it to the point that he required immediate medical attention. Good thing I was still in Emergency when this happened. As soon as he got his stitches, he came right over and showed me the bandages.

“Look at what you made me do!” he said in a quiet, angry voice.

“I’m sorry,” I replied, trying not to wince. It still hurt to talk.

Once he was sure that the injuries were not life threatening, he quickly left. What a relief! I could now breathe a little easier.

The following day, my sister and mother came to visit. My mother bought me a children’s Bible as a consolation for missing out on all the Easter festivities. I was overjoyed. I loved to read and spent most of my childhood with my nose in a book. Flipping through the big, thick Bible filled with familiar stories and beautiful pictures made the entire ordeal worth it.

Too soon, the weekend was over. I went back to school on Monday, limping for a few days. Eventually, the bruising healed and everything went back to normal. Well, almost everything. Now I had the guilt to contend with.

Over the years, we talked about this story repeatedly to family and friends. Who wants to hear a story about Susy slipping down the stairs and going to the hospital? She what? She slipped down the stairs and spent Easter weekend in the hospital. Over and over again.  The guilt ate me alive. When the story wouldn’t go away, I knew I had to tell the truth. I was 23 and engaged to be married. I did not want to start a new chapter in my life with this hanging over my head.

“Actually, that’s not how it happened,” I said one day at a family gathering. “I did not slip down the stairs from the hallway landing. I fell over the bannister.”

Everyone looked at me, shocked. My parents demanded an explanation. I led the group to the hallway, stood in front of the bannister and practically did a re-enactment.

“Why didn’t you tell me that’s what happened?” my father asked.

“Are you kidding me? Telling you the truth always got me in trouble!”

“So that you wouldn’t do it again! What’s the matter with you?” He just didn’t get it.

There was no point in arguing. This is how Italians do the parenting thing. I should have told the truth from the beginning. The truth always makes things better.  It says so in my children’s Bible. If only I had read it sooner. 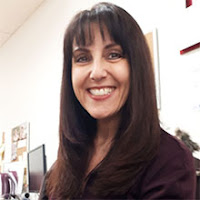 Susan Mattine is a Communications and Public Relations professional with over 20 years’ experience in the public and private sectors. When she’s not busy writing blogs and articles about manufacturing automation, she promotes sustainability events in her local community as a member of a Citizen Advisory Committee. Nature walks, lakeside coffee chats, and exploring all things vintage are a few of her favourite past-times she shares with her two daughters.