As a child I remember being stunned into silence by even the simplest sleight of hand or familiar illusion.  It wasn’t the trick per se, or even the enticing exuberance of the trickster, as much as it was my desperate hope that magic was real and that one day I too might master the mystical ways of the enchanter.  I had forgotten that delicious sense of wonder until I recently came across the novel Night Circus by Erin Morgenstern.

Night Circus is the tale two young people caught in a web of illusion and genuine magic, of deception and love. We first meet the young Celia, Prospero the Enchanter’s daughter and sudden protégé, as she is unceremoniously left on his front doorstep after the untimely death of her mother.  In an act of selfish indulgence her father magically binds his daughter to an unknown opponent and sets in motion the next phase of an ancient and deadly competition of magic and power.

Set in the late 19th century under the magical Big Top of a travelling nocturnal circus, the novel follows Celia and her adversary, the orphaned Marco, from their early years as students of magic to their young adulthood where they finally meet and their mutual binding is uncovered.   Their individual displays of magical ability grow in richness and strength but the conjuring of magnificent scenery and elaborate spectacle only displeases Prospero who returns to remind Celia of what is truly at stake. But Celia and Marco have become bound in another way, by their deep affection for one another, and Celia has already decided how the challenge will really end.

Morgenstern writes with a spellbinding prose and employs complex, ethereal imagery that kept me interested and engaged and on the lookout for a few free minutes where I might sneak off to read another couple of pages or so.

There are, however, a few refinements that Morgenstern should have considered when writing Night Circus.  With a few too many main characters it was sometimes difficult to keep them all straight in my head and I have a couple of questions about Marco’s acquisition of his magical powers and why the novel keeps jumping a sometimes confusing timeline.  As well, though the ending was generally satisfying, I felt it needed a stronger sense of urgency to build tension for the reader prior to the novel’s climax.

Despite a few flaws, however, I feel the novel was well worth my time and find myself recommending Night Circus over and over again.

Even if fantasy isn’t your genre, my suggestion would be to willingly suspend your disbelief and give Night Circus a read.  Settle into your favorite comfy chair and allow yourself be swept away by the rich tapestry of language and breathtaking imagery that Morgenstern has to offer.  In my final assessment, I have to say that I’m happy I did.

Quick Brown Fox welcomes book reviews and other book related pieces. Quick Brown Fox also welcomes reviews of plays, movies, restaurants or anything else you get up to. Right now, I’d especially love a review of The Search Angel by Tish Coshen. Email your review to me at brianhenry@sympatico.ca 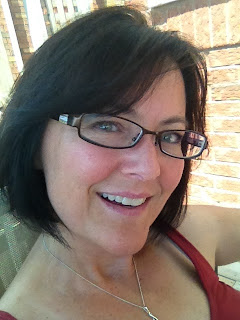 Sandra Ziemniak lives in Milton, Ontario, but does some of her best writing on a rickety old deck tucked beneath towering pine trees near Sauble Beach.  Her work has appeared in Dogs in Canada and The Teaching Librarian and she currently has a couple of short stories under consideration for publication.

Sandra is actively seeking representation for her novel, Waking Celia, a contemporary family drama about a daughter who risks more than she can afford to save her dying mother’s life - a novel that she started in one of Brian Henry’s intensive creative writing courses.  Visit Sandra’s Facebook page here.