“The Church Keys” by Bieke Stengos 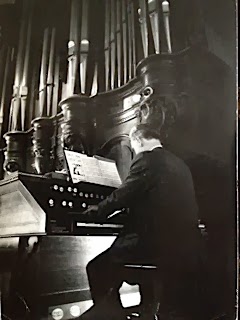 About four hundred years ago, a man by the name of Cammaert came to Bornem, a village that lies tucked in the arm of the river Scheldt in Flanders, Belgium. He was given a bundle of keys to the church and from that point on he served as organist and sexton. So did his son and his grandson, all the way down the line to my father.

Some thought was given amongst us, his six children, if the tradition from father to son would be continued. We girls were out of the running by virtue of our gender. My brothers had some thinking to do.

My oldest brother, as soon as he was able, was in charge of closing the church at night. I loved to join him and together we climbed the winding steeple steps towards the clock, avoiding pigeon droppings once we cleared the organ loft where my father played and sang so beautifully during mass. We pulled the handle to lift the heavy weights two landings up. We proudly helped the loud slow step of the giant clock hands moving.

Back in the portal we sometimes had to ring the bell, taking turns being dragged a few feet in the air, hanging from the thick rope. After that, we peeked in confessionals and collection boxes for one purpose only: we felt ownership of a church that had been cared for by our family and where a Cammaert played mass every day for centuries.

On Sundays and holy days the men’s choir joined my father up on the organ loft. Its voice, with its unfinished edges, joined in with the sound made by my father’s hands and feet as they nimbly danced over the magnificent instrument. Behind them, the slivery pipes of the organ caught the light.

When we were ready, my brother pulled the church door behind us. Then he selected the largest key from the bundle. The shiny key looked to me as old as time and we joked how it was the same as the key Saint Peter used in heaven.

When my brothers were young they tried the piano but neither succeeded. Maybe they didn’t have a musical bone in their bodies or maybe it was Sister Alexie who would tap out the rhythm with her ruler and then tap your hand if you didn’t get the notes right. Or maybe it was the spirit of renewal that blew in with the sixties. In any case, they didn’t follow in my father’s footsteps, and he wasn’t one to force a decision on his children.

My father spends most of his days sleeping now while my mother watches with growing sadness how a life that didn’t start with his birth might soon end with his death. A few weeks ago, my youngest brother returned the church keys to the priest. It played the final chord, not just for my father’s seventy-five years in service but also for centuries of history. 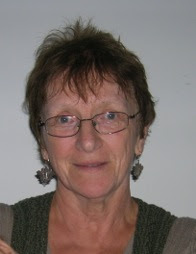 Bieke Stengos is in the process of writing two novels and is having her first book of poetry published by Vocamus Press (more here).  “I am a writer who finds her muse in both Belgium and Greece,” says Bieke. “Belgium is all about dark chocolate. Greece is about gods and light.” “The Church Keys” was originally published on CBC.ca as an entry in the Your Bloodlines contest – true family stories of 400 – 500 words with an accompanying photo.