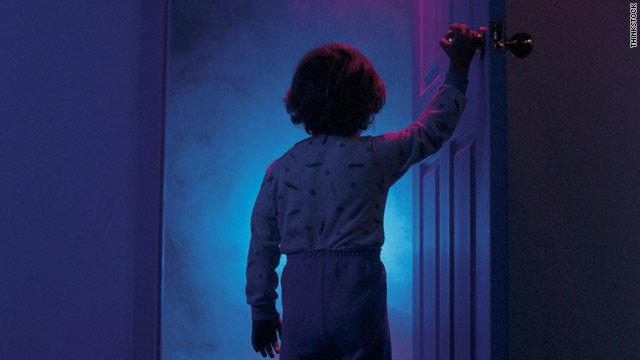 "Please don't leave Dad."
Sitting in the shadowy room on the edge of my eight-year-old son's bed seemed routine lately. I had never seen him so frightened. His face, warmed only by the hallway light, was a pageantry of dread: puppy dog eyes, quivering lips, and tears, all pulled at my heart strings. I sensed fear in his voice; whatever he was afraid of in the closet was real to him.
I remember being a kid and the shadows that moved in my bedroom at night. I remember calling out for my parents—all too often. When no one came I froze. I felt paralyzed with fear, lying stiff in bed under my sheets. I would wish for the morning to come, wanting sunlight to warm between the slits of my window blinds, driving the darkness and monsters away. Still, to this day, I wondered what set my imagination so vividly in motion. What was behind those bumps in the night that sent me into sweats of panic?
Witnessing my son pulling the covers up over his head and writhing under his sheets had reminded me of my own childhood monsters. That fear of creeping demons slithering in the shadows was what my son felt. What I felt now was a much different fear – a primal worry – an instinct every parent feels for a child when danger is present. But like all good parents, I kept my voice calm and tried to be reassuring but firm.
"Kieran, we’ve gone over this for the last few nights. There’s no need to be afraid. There's nothing in your closet. Now it's time to sleep. “I moved to stand, but didn't get far.
"Dad, please don't go." He had reached up and wrapped his tiny arms around me. His fleece pajamas felt soft, cozy and had a fresh baby powder scent that released memories of my baby boy swaddled in my arms. I hugged him firmly, holding onto those sweet thoughts, ready to soothe his fears; that’s what dads do.
"It'll be okay. You're safe."
"But Dad, I hate it when he taps on the closet door."

The blood in my ears began to pound and a spiralling back-chill rattled my superstitious fears. My son had spoken casually, without hesitation, as if speaking an everyday truth. It was the kind of statement any kid could make, seemingly genuine, spooky, and able to drive a stake of horror into the hearts of adults.
Phrases like: “What's that man doing in the mirror?” when nothing is there. Or, “Why is grandma visiting today? when she's been dead for weeks. These expressions mean something. Something adults can't see. Uneasiness filled me, and the child inside was scared – terrified like my son – but I mentally reminded myself, I’m the parent, and so I denied my jitters.
"Kieran, quit being silly," I said. "There's no tapping, and there's nothing in your closet."
"Can I sleep with you tonight, please Dad?"
"No. You're a big boy. You sleep in your own bed." I gently laid him back on his pillow and his arms released me. I tucked the covers up to his chin and kissed him on the forehead. "Now go to sleep. You have school tomorrow." As I rose from his bed, my son looked shocked, as if I’d thrown him to the wolves. “Good night, son.”
A whimper and he turned on his side and pulled the covers over his head.
To believe bed sheets are an impenetrable shield from the things that lurk in the dark seemed instinctive for a child. I remembered hiding beneath my own sheets. They were my only defence keeping the Boogieman at bay and stopping the monsters under my bed from snatching me. But would my son’s sheets be enough to keep the boy in the closet?
A creepy sensation prickled and crawled over my skin like skittering spiders. I walked out of my son’s bedroom; side-glancing at the closet. The single white door appeared gray in the dark. It was closed, and I thought the door knob turned slightly, but perhaps my imagination – generating kilowatts of trepidation – fuelled the illusion. Nothing is happening here, I reminded myself. There was nothing in his room or that damn closet, despite what the history of this house might suggest.
After my wife died I had a hard time stabilizing my finances, and the only way to make ends meet was to buy this house. A house with a disturbed past, priced to sell because of the skeleton in the closet. There were only two bedrooms and when we moved in here a week ago, I’d given myself the master bedroom and had put my son in this room, which fanned flames of guilt in the hearth of my heart, and now he keeps referring to a boy in the closet. It was uncanny. My son had no idea what had happened in this house.
I tried to convince myself that kids made things up in their heads. They role-played, acted out games, told tales, but sometimes the more you tell a story, the more real it becomes. The truth was Danny used to live in this room. He was a boy almost my son's age.
I left his bedroom, and reached to turn off the hall light.
"Dad," his soft voice grabbed my ears. I turned, and saw him peeking from beneath his covers. "I love you."
My heart floated in my chest. "I love you too. Now go to sleep please." I flicked the hallway light off.
I moved to the living room. I had work to do and deadlines to meet. I sat down at my desk to write. I was finishing a new novel, one that my publisher said would catapult my career, and with the mild success of my last horror book, I felt he was right.
I had typed five hundred words onto the computer screen when it happened again, just like last night. My desk lamp flickered. An instinctive feeling of being watched exploded in my mind. I whipped around in my chair. My son stood in the hall.
"He's tapping again, Dad."
My son’s face held a bleak and vacant expression. The darkness of the hallway, behind my son, appeared to slither, bubble and swirl in sheaves of shadow; a black void ready to swallow him. My eyes had to be playing a trick on my mind. A few horror movies crept into my head and my imagination was wild with fear. Images of children creeping through the night, or in cornfields, had always scared the hell out of me, and I cursed Stephen King. I’d had enough.
"What are you talking about?" I said in a flat, irate tone. My attempt at denial.
"I'm talking about the boy in my closet. He's trying to get out."
I stared blankly at my son. His pajamas hung off his small bony frame. I wanted this nightmare to end. "Son, please, there's no boy."
"But Dad, I can hear him asking me to open the closet door and let him out."
Jesus! There it was again. The authenticity was like a sprung trap, inescapable, a snare all parents eventually find themselves caught in, having to believe their kid out of pure faith, trusting they’re telling the truth. But I couldn't allow myself to believe my son’s claim was true.
"Get to bed." It came out bluntly. 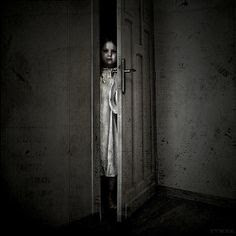 "But Dad," his eyes begged me to help him.
"Kieran, go to bed. We'll talk about this in the morning."
My son stood quiet, unmoved.
My voice roared: "I said go to bed now!"
His face sank. All the love between us was drained. Had I been too harsh? My fears seemed to be surfacing as anger, but it was the only reaction I had left. How else, at this point, to make him go to bed other than yell?
My son turned and ran back to his room. I swung around in my chair and faced the computer screen. I rested my elbows on the desk and buried my face in my hands. I felt awful. This boy in the closet business had driven me crazy, and I had a whole night of work ahead. I lifted my head out of my hands, reached for my mouse and clicked on the Google icon in my Internet browser. I typed in Preston house murder, and the article appeared:

"Creemore, Ontario - June 6, 2012 - Ontario Provincial Police discovered a gruesome scene at 16 Brody Drive. The body of six-year-old Danny Preston was removed from the house after neighbours expressed concern over the well-being of Elizabeth Preston, mother to Danny.
The single mother had been seen alone and rocking vigorously, on numerous occasions, on the front porch talking nonsense. The odd behaviour alerted neighbour Bill Henderson to call police.
"She'd been out on that porch rocking and cradling air,” neighbour William Langley stated. “She kept singing 'hush little baby, don't you cry' over and over again. I hadn't seen Danny for weeks and felt something was wrong."
Elizabeth Preston was taken into custody for not providing the necessities of life for her son. The boy’s body was found in his room locked in the closet.
The Coroner's report suggested, by the state of decomposition, the boy had died a week ago. Toxicology tests showed rat poison in small doses had been placed in food delivered under the closet door on paper plates, which the boy had stacked together to make a pillow—"

"Dad, Danny's scaring me!" my son bellowed from his bedroom.
My eyes shut. I slid my hands onto my head and gripped tufts of my hair between my fingers. This is not happening.
My bottom lip trembled. It was all hauntingly real now, and my heart raced. An intense fear rose within me. My ears were hot. My senses spun. I gathered the courage to get up. I had to protect my son.
I shoved off from my desk and jumped up from my chair. My slippers squeaked on the hardwood floor as I charged down the hall. I was determined to prove that nothing was happening. I had planned to fling the closet door open and confirm to my son – to me – that nothing was inside. This was all childhood imagination gone berserk.
I raced into my son's room. I flicked on the light – light always makes bad things go away. My son was crying. My eyes shot to the closet door. The air felt thick and energized. The door was rattling. I became light-headed, terror-stricken. Beneath the door a small hand, fingers stretched, clawing at the carpet. A child’s raspy whisper alive in my head: “Help me. Help me…” 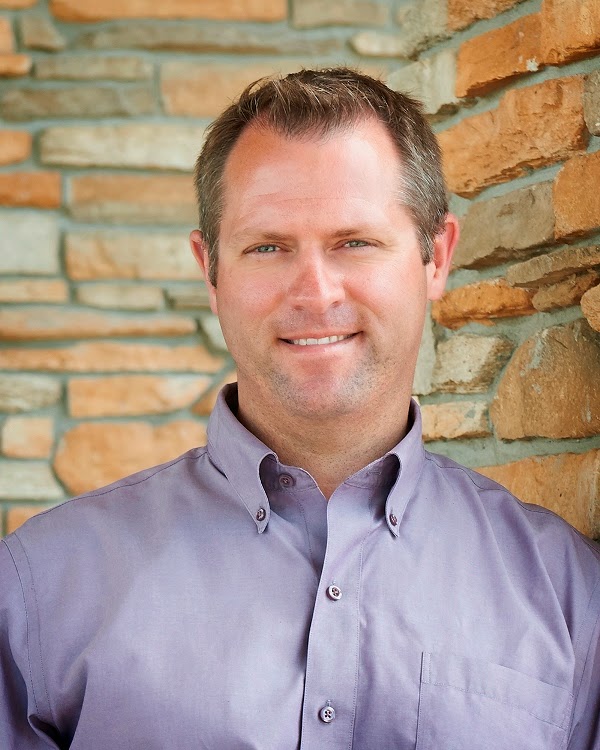 Darryl Foster is a night owl writer and aspiring novelist. He holds an honours degree in Psychology and certificate in Criminology from the University of Windsor. He loves to read and write thrilling stories stirred with supernatural flavours. He is a contributing author on Commuterlit.com, and you can find him online at www.darrylfoster.com. With an enormous list of book projects waiting in the wings, and so little time, his only regret is mortality. He resides in Collingwood, north of Toronto.”