Every time the thread jammed, the machine made a horrible screeching sound which seemed to mock her. It was well past midnight and Maggie was engaged in yet another wrestling match with the aging Singer.
I really hate Halloween!
Cursing her mom and anyone else who thought sewing was easy, she decided to give up for the night.
The room was a mess, overflowing with pink tulle, sequins and plastic jewels. She’d claimed this room during the basement renovation more for solitude than creativity and had dubbed it the craft room ironically. Now it seemed more like a dungeon, with all the requisite torture tools, sewing machine, iron, ironing board and the always painful glue gun. She still had a little more than a week to finish all three costumes – Ghost Buster, Ladybug, and Princess – but it was the princess dress that was really testing her.

The little kids’ costumes were easy. Sarah happily accepted the ladybug costume that big sister Hailey had worn several times.  Matt, always easygoing, had asked to be a Ghost Buster; authenticity was desired but not required. Luckily Santa had brought a Proton Pack, slime and a ghost trap last Christmas, which left Maggie responsible for the jumpsuit, goggles and iconic arm patch.
But Hailey wanted to be a princess of the highest order, with a beautiful pink gown, diamonds, and a tiara to rival any Disney creation. Maggie had tried to talk her into a dress from the party store but Hailey had demanded more; puffier, pinker, rolling in rhinestones, and much, much more sparkle! That was when Maggie had decided that maybe she could make it. After all there were patterns for these things. Right?
Maggie and Hailey had planned it all together and had had lots of fun choosing the miles and miles of pink tulle and packages of sparkling jewels from the craft store. Hailey was beyond excited so Maggie felt justified to be creating a dress which seemed to rival a couture wedding gown and decided not to tell Joe what it all cost.
She still had a few hours of work ahead but the dress was taking shape and tomorrow, after school, Hailey would finally be able try it on.
As they waited for the school bus the next day, Maggie and her friend Joan talked about Halloween, agreeing that it was getting out of hand. “Maybe we should scale it back this year?” suggested Joan.
“Cheers to that!” said Maggie and raised her insulated coffee mug to clunk it against Joan’s.
“Yum,” said Joan. “I love this vintage coffee!”
Maggie grinned as she took a sip of wine from her cup, a small and secret treat they shared a couple of times a week.
“Seriously,” said Maggie. “I don’t know how to rein in these ghosts and goblins. We have to keep up with the Joneses.” She nodded towards the highly decorated house across the street, which rivalled a Hollywood set, with pumpkins, tombstones, cobwebs, a fogger, and three of those horrible inflatable, animated creatures with LED lights.  Colleen Jones was the mom they loved to hate.
“I don’t know how she does it,” said Joan.
“Well, we’d have more time, too, if we hired a nanny and a cleaning lady. And James generally does what he’s told,” said Maggie referring to Colleen’s husband.

“But those costumes! When does she have time to make those?”
“I don’t get it either. The kids told me she’s making a dinosaur and a Tweety Bird this year. She works crazy hours, so she must stay up all night.”
“Maybe she has a Halloween elf stashed away in the attic.”
“Ha, that’s been me for the last few weeks,” replied Maggie. “But I’m getting close to being done with Hailey’s dress and then I’ll get started on Matt’s things.”
Later that night Maggie sat down to work on the dress. Really, why had she put so much time into this costume? Things had been simpler when she was a kid.
Oh god! She sounded just like her mom. But seriously there had never been this fuss and stress over Halloween. A striped top, a red nose, Dad’s big shoes and, voila, you were a clown. A ragged shirt, a tea towel tied on a stick, a dirty face and, bingo, you were a hobo. One year her brother had been a cowboy with six shooters and Maggie had been an Indian, both costumes tossed together from things they already had in their toy box. So easy, but now so very wrong.
They had always carved one pumpkin, one simple, solitary pumpkin for the front porch. Her dad did all of the dangerous cutting work and mom scooped out the gross bits. Now they designed a different jack-o-lantern for each family member and placed them at the front of the house with all the other decorations. It took an entire weekend to get all of this together. Thank God, it was only six more sleeps till the big day.

That night, Hailey woke Maggie up around midnight.
“Mom, I feel sick.”
“Wow,” said Maggie as she turned on the light and saw what were unmistakably chicken pox covering Hailey’s feverish body.
During the week, Hailey got worse before she started to improve, first covered in red spots, then the lovely oozing pustules. It was at this point that Matt broke out, far worse than Hailey. He was truly sick, with a high fever that just wouldn’t break. Halloween went on the back burner but not before Hailey had a major breakdown, declaring it unfair that her princess dream was spoiled.
They all waited for Sarah to get sick but it didn’t happen.
On Halloween morning Maggie realized that they had done nothing to get ready for that night. The pumpkins sat outside in the rain without scary faces and all the decorations were in a box in the basement. Still tending to Matt, Maggie decided she didn’t care. At some point Hailey asked if maybe she could go trick-or-treating.

“I think you can,” said Maggie. “Your spots are mostly dry and crusty so you’re no longer contagious. I think your dress is finished enough.”
“Oh I can’t be a princess! I’d look horrible!”
So Maggie dragged out an old witch’s hat and cape and painted Hailey’s face, using green and grey eye shadow to accentuate the spots, turning them into the best warts ever. Then Hailey and Sarah went out to get their loot bags filled.
Later that night all three kids sat hunched over the booty.  The girls had pooled their candy and, in some elaborate barter system only they understood, were sharing it all with Matt.
“Not the Smarties! They’re all mine,” said Hailey.  “Oh Mom,” she added. “The Jones kids looked really cute tonight but Jake’s dinosaur tail got so wet and heavy from dragging it through the puddles that he could hardly walk. And Katie’s Tweety Bird head was itchy so Mr. Jones had to carry it. And oh yeah, everyone loved my warts!”
Halloween simplified, thought Maggie. Maybe we can try this again next year. 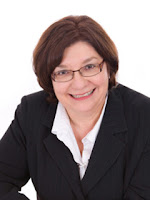