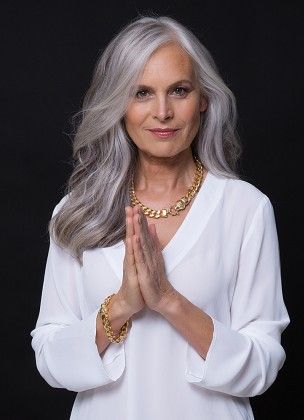 No. 40 failed to do the job for which she was hired, so I let her go. In the beginning, she was eager to please and attentive; she could complete her assigned task in a matter of minutes with brilliant results. But recent performance appraisals had revealed that she was becoming significantly slower with a notable lack of inspiration.
Flaws in her workmanship would surface, mere days after assuring me that she had covered all her bases. I was convinced that she didn’t even want the job any longer. Month after month I would deliberate over whether or not to continue giving chances to improve, but I consistently drew the same conclusion: Your services are no longer required, No. 40.
I remember the first time I allowed a hair stylist to colour my hair. I just wanted to try something new, something fun. The day of my husband’s workplace Christmas party was probably not the best time to experiment. I can still remember the stares as I walked into the banquet hall. Instead of the warm and subtle auburn I’d asked for, it was a shock of flaming apricot that I got; a colour that would have made even Lucille Ball blush. If head-wraps had been a thing then, I would have sported one. Heck, even a tuque would have been an improvement. 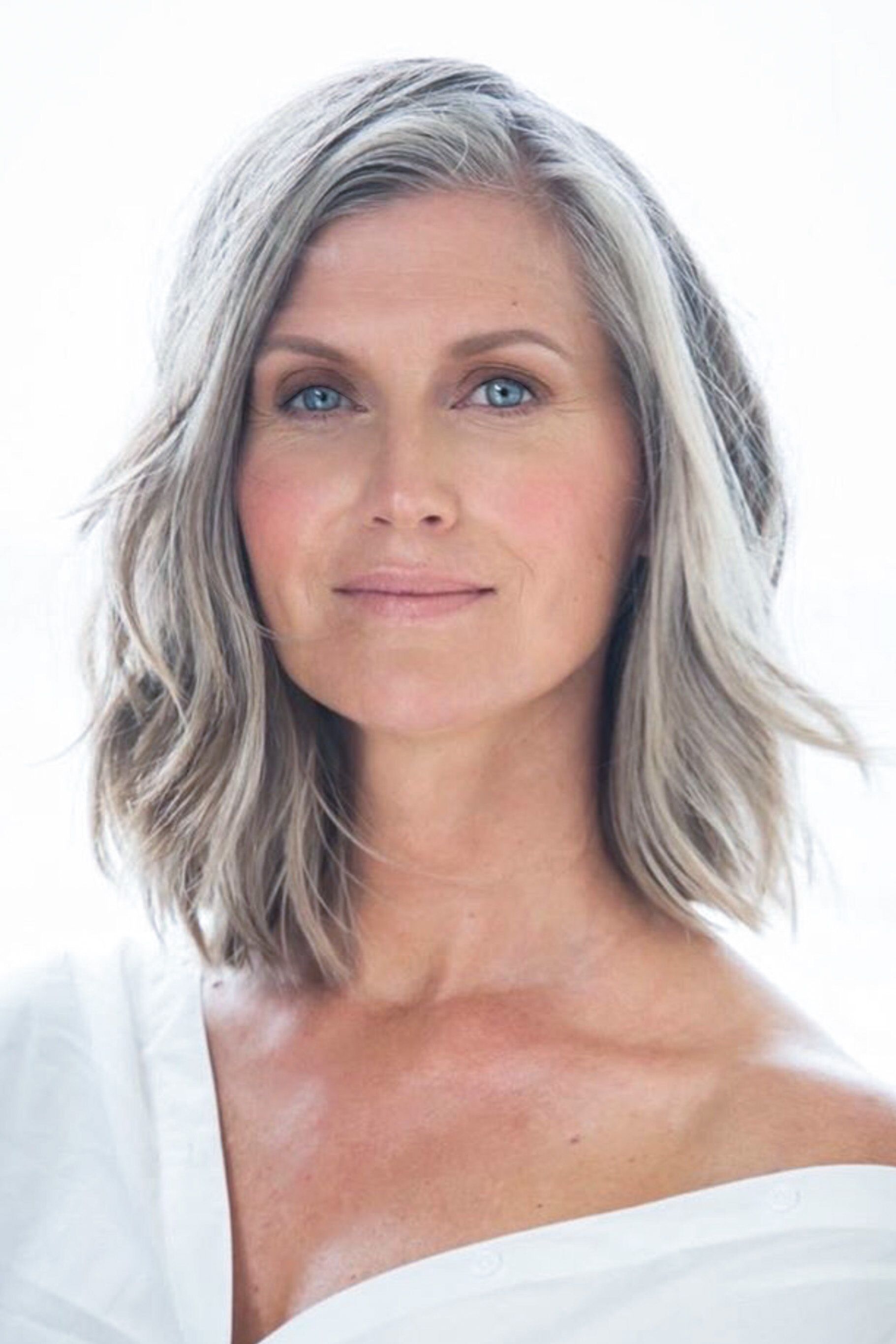 I no longer trusted (or could afford) using a stylist to colour my hair so experimented on my own. If I screwed up, I only had myself to blame. And it became a vicious cycle of covering up one mistake to invariably create another.
Once, a friend thought it would be cool if we took a section of our bangs and used peroxide to bleach out a funky splash of platinum. She was blond. Me, not so much. She ended up with a funky splash of platinum and I had to endure an outcrop of orange that had my children following me through the grocery store at a wary she’s-not-our-mother distance.
Over the years I’ve tamed my sense of adventure – at least where my hair colour is concerned. I matured into a sensible match-your-natural-hair-colour kinda girl. That season lasted until spring of this year. I’d grown tired of heading to the local drug store to stock up when dye was on special. Sale or not, I couldn’t justify the cost nor the effort in my attempts to keep up with the silver wires that popped up mere days after the dye being applied. Thus, No. 40 met her demise.
It was a little daunting in the beginning. I’d become that woman that I’ll admit I’d secretly judged. You know her – she’s the one sporting the grey roots along her part. She looks weary from trying to look comfortable in her own skin, yet acutely aware of the metamorphosis occurring on her own noggin. 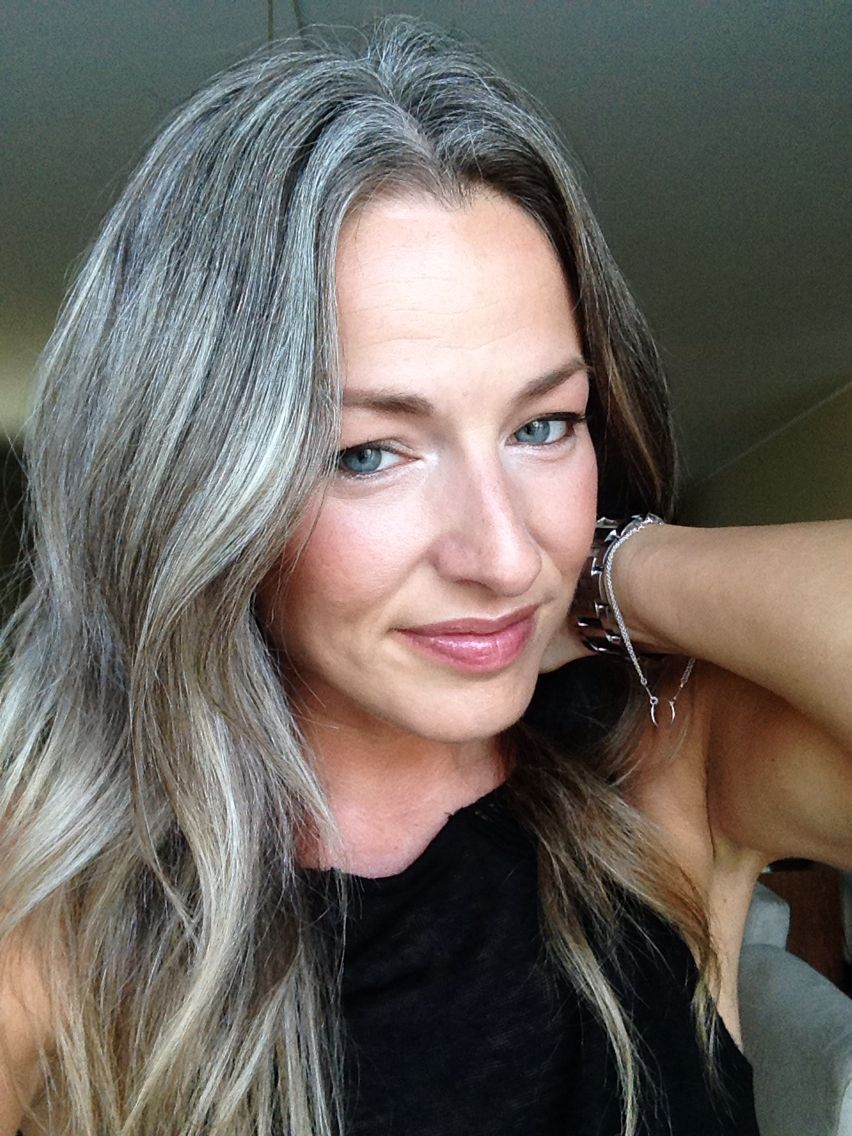 It takes balls to go grey. Once it’s confirmed that there’ll be no dye touching your roots or any other part of your head, it’s open season. All of a sudden, you are fending off the unsolicited advice of friends – and strangers. As if someone has died, you are offered condolences. “Oh, I’m sorry. You’re not colouring your hair anymore?”
“No, I’m afraid that season has come to an end.” And then you mentally add, “I’m so sorry to learn that you’ve lost your ability to keep your mouth shut. Such a terrible loss for us all.”
I was on a date with a guy I’d foolishly given a second chance. He blurted out, “Wow. You’re really grey now. When are you going to start dying your hair again?”
“When are you going to stop?” I replied rather curtly. No third chance for you, Mr. Grecian Formula.
There’s a double standard when it comes to society’s perception of men versus women going grey. I’ve spoken to men who claim there is a struggle to embrace the salt along with the pepper and the temptation to cover it up is just as real for them as it is for women, but my own observation has been that a man’s maturing hair colour is celebrated; they are often seen as sexy, sophisticated and mature. Women go crazy for that. (George Clooney, Patrick Dempsey – need I say more?)
But grey on a woman?
“She’s old.” “Not in the game anymore.” “Given up.” 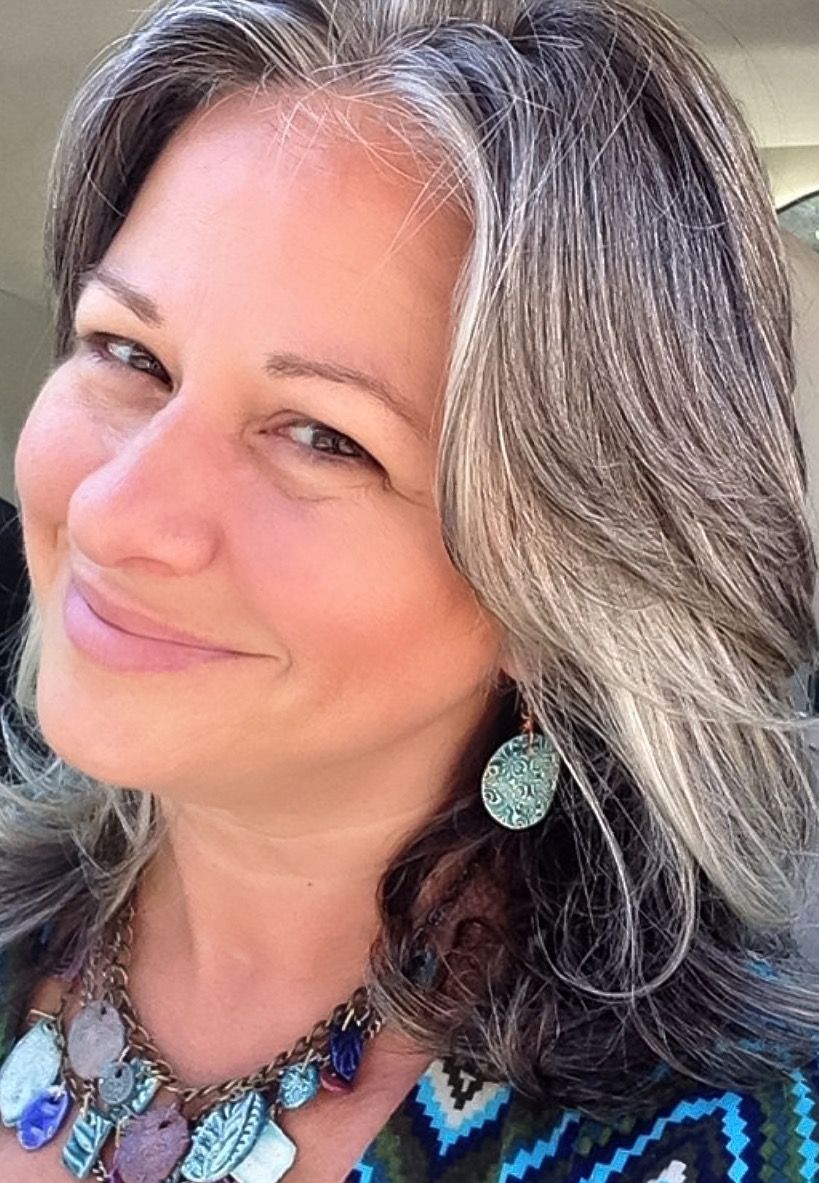 Yes, I suppose I have. I’ve given up desiring the approval of others and I’ve also given up on a self-limiting belief system that says my value and worth are found in what can only be seen on the outside. Make no mistake, I am still very much in the game and old happens in the mind before it appears on the outside.
I applaud any woman who has the determination – and money, for that matter – to continue to cover the grey. You are beautiful, but so am I. I’ve had more compliments on my hair now, than I did when I coloured it. I don’t think it’s the hair colour that has triggered the comments. It’s the confidence that has emerged with it. You have to be a courageous to spend almost a year of your life with two different hair colours battling it out on your head.
My current hairdresser reckons with one more visit of the scissors, the last vestiges of the previous colour will be gone. It’s been a long process, when I think of it. Beginning with hair that hung halfway down my back, it now barely reaches my shirt collar. The past year has been a season of identity correction; a time of letting go – not just hair and its colour, but mind-sets that no longer serve me well and burdens that are not mine to carry. What I’ll be left with will be pure silver and pure Monica.
Farewell, No. 40. Good riddance.
Note: If you liked this piece, you’ll also like “Gorgeous” by Kyle William Gonsalves here.