The Writing Workshop, a short story by Barb Nobel 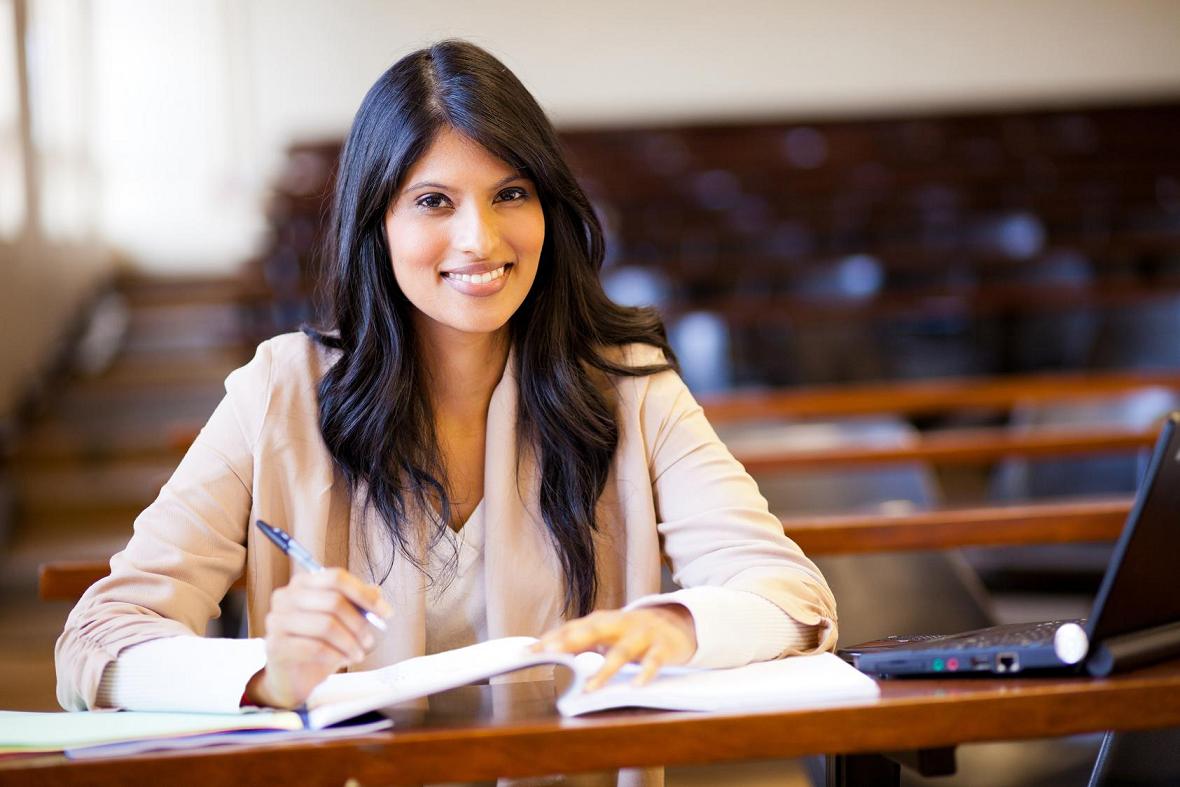 Night school did not go well for Ethan that evening.
This is what happened.
The beauteous Ms. Riley did not sit in her accustomed seat. Ms. Riley usually sat near the end of the table next to Mr. Gibaharldimaxima, but tonight she chose to sit beside Ethan. As soon as Mr. G. saw what was happening, he rose hastily and began to make his way around the side of the table. He intended to occupy the chair on the other side of Ms. Riley, where, seated by her side, his short stature would allow him to appreciate her bountiful nature.
However, he was thwarted in his mission by the arrival of Miss Gertrude Peavy, who made her way to his end of the table, effectively blocking his passage. As The Instructor took his usual place at Mr. G’s immediate left, and several other class members hurried in, his route was cut off, and he sank grumpily into his chair. Ethan, in the meantime, was trying to deal with the unnerving presence of Ms. Riley, and the overpowering fragrance of her Cinnamon Meadows  perfume. His eyes began to itch.
Miss Peavy’s story was the first to be critiqued that evening. Mrs. Goodwind did the initial critique. The group usually afforded Mrs. Goodwind that particular right, as Mrs. Goodwind was a Published Author. A few years ago, while living in the village of Twood, (population 800) Mrs. Goodwind had published several items in the local newspaper.
Two articles were detailed descriptions of local Tupperware parties; the third was a wonderful description of a wedding shower that had been given for a rural couple. While the items were not strictly fiction, Mrs. Goodwind had kindly provided a copy for each group member, at the first meeting, as an example of “Show, don’t Tell.” 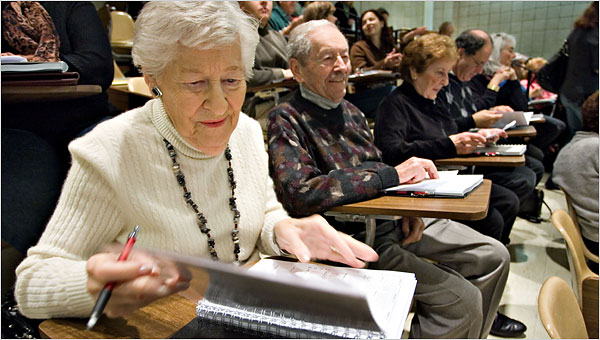 “Gertrude” Mrs. Goodwind said, referring to her notes “Your story does not have a plot.  This is the third chapter of this story that we have critiqued, and it still does not have a plot.”
“Ah, but Mrs. Goodwind” interrupted Mr. Gibaharldimaxima, “The descriptions are wonderful.  Listen to this.  This is most certainly the ‘line of the week.’"
And Mr. Gibaharldimaxima read: “Holly shivered in fear and anticipation as Lance displayed his magnificent weapon. As she tossed and turned on the bed in a helpless effort to free herself, her little satin chemise began to slide down, exposing her full, round breasts to Lance’s burning gaze.”
“Beautiful, beautiful.” murmured Mr. G. thoroughly transfixed by Miss Peavy’s writing.  Miss Peavy, who had begun to write after her retirement from accounting, smiled complacently.  She knew she could always count on Mr. Gibaharldimaxima for a good, honest critique. The lack of plot in her story did not bother her in the least.
Several other group members now gave feedback on the story. The general consensus was that the descriptions were good, but that the story did lack a plot.
At the end, as was the custom, it was The Instructor’s turn to comment.
“Gertrude” said The Instructor, leaning forward to allow the full wisdom of his words to impress the group members “Your story – lacks a plot.  And furthermore”  here The Instructor paused for dramatic effect, but, unfortunately he paused too long. Several group members wondered if he had lost his train of thought or even fallen asleep. However, they maintained a respectful silence.
“And furthermore” The Instructor continued after his pause “You have changed the name of the heroine right in the middle of the story.”
A few of the group members gave a start at this comment, but then, recovering nicely, nodded their heads wisely as if they, too, had noticed this aberration. Ethan, however, was disconcerted. He had long ago given up reading Miss Peavy’s stories, but now wished he had perused them for he felt that, if he had, he might have been the one to make this wise observation. Miss Peavy, however, was not in the least troubled.
“This is easily remedied.” she declared “I have a ‘find and replace’ feature on my computer.”

Next on the evening agenda was a poem which had been submitted by Mr. Hubert Longelly. As was their custom with poetry, the group read aloud. However, as sometimes happens when a group of people read aloud, the pace grew slower and slower as they covered page after page.
Near the end of the fifth page the pace had grown so slow that it seemed to come to a complete halt.  The Instructor, with a small snort, felt that the process had been completed, and, although there was a sixth and seventh page to go, called for a coffee break, saying that they would do the critique afterwards. Mr. Longelly’s protests were drowned out by the scraping back of chairs.
Ethan, now having a full blown asthma attack from the effects of breathing in Ms. Riley’s Cinnamon Meadows, hurried to the men’s washroom. Struggling for breath and supporting himself on the edge of the sink, he began to desperately fumble in his pant’s pocket for his asthma inhaler. At that inopportune moment Mr. Gibaharldimaxima strolled in. Quickly assessing Ethan’s breathing difficulty, and his fumbling attempts to extract his inhaler from too tight jeans, he grinned with delight.
“Yah, yah, I know how it feels.  Ms. Riley does that for me too.” Mr. G. divulged. “But really, you should use a stall for your activity. I don’t care, you know, but someone else might come in.”
He disappeared into one of the stalls himself. Ethan, too distracted to catch Mr. G’s meaning, continued to search his pant’s pocket. Finally, he found the inhaler and took two ‘hits’.  He felt better immediately, and with the attack now manageable, began to regulate his breathing.  He conscientiously took long, slow breaths, attempting to empty his lungs completely with each exhalation, and fill his lungs with each inhalation.
“All done, eh?” observed Mr. Gibaharldimaxima emerging from his stall.  “That was pretty quick for a man your age.”
Ethan ignored him and concentrated on his breathing. He hated to miss any of the workshop, but knew that if he returned to sit beside Ms. Riley, his allergy to perfume would continue to plague him, so he made a decision to forgo the rest of the evening. He decided to return to the room before the rest of the participants, and privately, so as not to embarrass Ms. Riley, advise The Instructor of his difficulty, and that he must leave now in order not to exacerbate the problem.
However, when he returned to the room, he discovered that The Instructor was having his fifteen minute power nap. Head dropped back on the chair in what looked to be a most uncomfortable position, The Instructor was in full voice. Grey beard and mustache fluttered with each snore.  Ethan, loathe to interrupt what looked like a much needed rest, seated himself to wait for the little snort that traditionally heralded the end of the power nap.
A wave of Cinnamon Meadows announced the return of Ms. Riley, and Ethan felt his eyes begin to itch and burn once more.

Mr. Gibaharldimaxima entered, looked greedily at the unoccupied chair next to Ms. Riley, but returned resignedly to his earlier seat next to Miss Peavy. Miss Peavy, undaunted by either previous critiques or The Instructor’s loud snores, began to distribute the fourth chapter of her book. Mr. Gibaharldimaxima eagerly clutched the pages, and in order not to waste time began to read immediately.
The rest of the workshop participants straggled in, and, along with Ethan, respectfully awaited the little snort which announced the beginning of round two. As time passed, Ethan began again to feel the full effects of Cinnamon Meadows.
Fifteen minutes stretched into twenty. Workshop participants looked at each other questioningly, and then, with one accord, looked to Mrs. Goodwind as the person who should break this deadlock. Mrs. Goodwind cleared her throat loudly, to no effect. At a loss for once, she began attentively to sort the papers in front of her. At last The Instructor gave his little snort, and the second half of the workshop began. Unfortunately, Ethan’s opportunity to speak privately with The Instructor was lost.
Mr. Longelly’s poem was thoroughly critiqued. Several workshop participants commented that the poem seemed somehow unfinished. Unfortunately, in the ensuing discussion, Mr. Longelly’s explanation that they had only read five of the seven pages was lost. The class proceeded to the next offering: a lengthy analysis of the benefits of a saving account versus the benefit of buying Canada Savings Bonds.
Fortunately for Ethan, the second half of the workshop was quite short, as about forty minutes had been taken up by The Instructor’s power nap. As the group broke up Ethan hurried from the room, groping once again for his inhaler. Mr. Gibaharldimaxima, in hot pursuit of Ms. Riley, and Miss Peavey, in hot pursuit of Mr. Gibaharldimaxima, also made quick exits.  Unfortunately, all four participants missed The Instructor’s summary, as well as his complimentary remarks on how well the workshop had gone.

Barb Nobel has been writing for pleasure, certainly not for profit, for many, many years. She wants to thank all who have provided feedback over those years, for without that feedback improvement would not have happened. Barb is camera shy, so she has not provided a picture, but assures everyone she is very beautiful.