John Wick, reviewed by Andrea Bergen, who is not this film’s target audience As one half of a (mostly) democratic marriage, it’s sometimes my duty to sit through a testosterone-fueled movie with my hubby.  You know the type:  Ninety minutes crammed with violence, rude language and/or nudity, and a plot line that can be fully articulated in a single sentence.

There’s just no denying that many guys get a charge out of this stuff while women are left shaking their heads and saying, “That’s two hours of my life I’ll never get back” … though occasionally an action flick will rise above the rubble.

The plot line for John Wick is indeed basic:  John Wick (Keanu Reeves) got married and left the hit man’s life behind, but his wife died and leaves him a pet dog to remember her by (seriously).  Crime boss’s stupid cocky son steals Wick’s car and maims the dog.  Wick retaliates in true “Now-you’ll-find-out-exactly-who-you’re-messing-with” style.

Okay, that was three sentences, but the official movie website does sum it up in one:  “An ex-hitman comes out of retirement to track down the gangsters that took everything from him with New York City as his bullet-riddled background.”

So how did this movie stack up?  Did it contain all the proper elements?

Par for the course so far, so let’s move on to the real question:  Was there anything in this movie worth uncovering my eyes for?

Actually I thought there was.

The directors found some creative ways to give Wick’s character a splash of depth.  His interactions with the police, for example, and the coolly efficient way he deals with twelve bodies in his house.  Also, the stand-out moment when the crime boss gets the call telling him what his son has done to Wick:  let’s just say he can’t muster the usual type of evil overlord sang-froid.

Another plot element I liked was the Continental Hotel.   The Hotel is a neutral-ground, 4-star hideout for bad guys where amenities do not include pool and sauna.  More like a 24-hour doctor service for when you drag yourself in the door with a deep abdominal wound and can’t go to a regular hospital.  The suave concierge (Lance Reddick) doesn’t bat an eye as he washes all manner of underworld dirty laundry, so to speak.

I was also intrigued by the theme of the gangsters’ brotherhood that ran through the movie.

On the other hand, I don’t think I can call my review complete unless I also comment on the (very clichéd) roles women inhabit in this genre, this movie included.  You have your:

Why do the scripts always have the sexy nemesis out-fighting male counterparts who are equally well trained and probably double her weight?  Can’t they throw us a bone here?  Can’t she at least smudge her makeup in her life-or-death fights?  Or maybe there could be a tear in her otherwise perfectly form-fitting black leather outfit?  (That’s got marketing possibilities!)

Personally, I prefer women like Rene Russo’s character in Lethal Weapon.  She got to kick butt right alongside Mel Gibson without being super-human or wearing a leather suit.   That’s my kind of gal.

As for the other three women’s roles I mentioned:  They’re so antiquated I won’t even bother.

Overall then, after having explored its clichés and creativity, is this movie a good “dime in the bank” for the next chick flick you want to persuade hubby to see?

Considering its genre, I was only expecting to give this movie one star.  Having seen it, though, I give it a full two and a half.  And by the way, if you’re wondering what the male species thought, I will share my husband’s review. He was stirred from his almost universal movie rating of “It was decent” to a sensational “I liked it.” 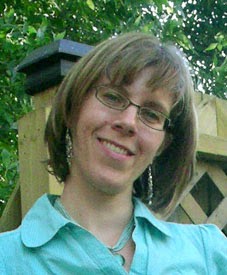 Andrea Bergen received her Bachelor of Environmental Sciences from the University of Guelph.  After having worked in the pharmaceutical industry for 12 years, she is investigating other career opportunities. Andrea has been an avid reader since childhood and enjoys both intellectual and escapist reading.  As a sometime movie buff, she is also fascinated with the process of bringing a story to life on the big screen.  She plays the flute and has memorized her library card number.