Note: Don't ever miss a post on Quick Brown Fox. Fill in your email in the box to the right under my bio, and get each post delivered to your Inbox. Also, if you’re not yet on my newsletter, send me an email, including your locale, to: brianhenry@sympatico.ca ~ Brian

Anne continues to represent many well-known Canadian novelists, but is also particularly interested in the development of Canadian narrative nonfiction, evidenced in such writers as Charles Montgomery, J.B. MacKinnon (both of whom won the Charles Taylor prize for literary nonfiction in their years of publication), and Michael Harris.

Martha Magor Webb is a literary agent, director and full partner at Anne McDermid and Associates. Martha represents a growing list of writers, focusing on literary fiction, narrative nonfiction (including memoir and true crime) and ideas-driven nonfiction.
Her clients include,

Martha will be the guest speaker at Brian Henry's "How to Get Published" workshop, Saturday, October 29 in Caledon at the Bolton Library. Details here.

Monica is actively seeking clients in the areas of literary fiction, young adult (YA), fantasy and science fiction. She tweets here.

Monica will be the guest speaker at Writing for Children and for Young Adults workshop March 5 in Burlington. Details here.

Chris Bucci is a literary agent, director and full partner at The McDermid Agency. He began his career at the University of Toronto Press and soon became an acquisitions editor in social sciences and cultural studies. Chris joined HarperCollins Canada in 2004 as a nonfiction editor. Moving the McClelland & Stewart in 2005, Chris helped revitalize their nonfiction program, establishing relationships with international authors, agents and publishers.

Chris represents both fiction and nonfiction, focusing particularly on nonfiction in the areas of popular science and technology and popular culture.

For more information or to register, email: brianhenry@sympatico.ca

But the best way to grow as a writer or to get your manuscript ready for publication may be with a weekly class. This spring, Brian will be offering a full range of courses from beginners to more experienced. See details of all six classes starting this spring here.

For information about spring courses, or to reserve a spot, email: brianhenry@sympatico.ca

Read reviews of Brian’s courses and workshops here.
To register or for more information for any class or workshop, email: brianhenry@sympatico.ca 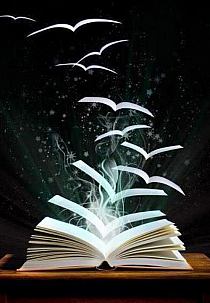