From the Horse’s Mouth is a round table discussion with three members of the publishing community, moderated by writing instructor, writer and editor Brian Henry. Following the presenters' introductory remarks, discussion will be opened up to the floor to address the concerns and questions of those aspiring writers present, both of fiction and nonfiction, interested in improving their chances of getting published. Questions addressed will include: What are the editors looking for?
Our panel:

Barbara Berson, Literary Agent with the Helen Heller Agency.
Barbara has been an editor for the past 30 years, first in her native New York, then in Toronto, where she was most recently a senior editor with Penguin Canada, one of Canada’s premier general publishers. Barbara has worked with both established and emerging authors of literary fiction, nonfiction, and young adult books. Her authors have been the recipients of numerous prizes, including the Giller Prize and the Governor General’s Award. “I’m looking for literary and YA fiction, as well as narrative non-fiction,” says Barbara. “I’m keen as well on YA fiction – dark, funny, energetic, compelling – and narrative non-fiction, too.” (See more on the Helen Heller Agency here.) 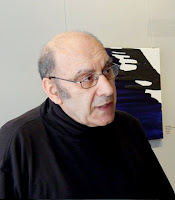 Michael Mirolla, Publisher and Editor-In-Chief, Guernica Editions.
In 2010 Michale and his partner Connie McParland took over Guernica Editions from its founder. Guernica was the first press in Canada to consciously feature a multicultural blend of Canadian and foreign literary authors in translation. Michael has also created a new imprint, MiroLand, which is open to how-to books, memoirs, speculative fiction, graphic novels. At Guernica, Michael does a bit of everything from evaluating and assessing incoming manuscript submissions to dealing with author contracts; from making decisions on the type and number of manuscripts to be published annually to working with the publicist for marketing and promotion; from dealing with the distributors and sales reps to overseeing the grant application process.
Michael has also written a clutch of novels, a novella, and short story and poetry collections. His most recent poetry collection, The House on 14th Avenue, won the 2014 Bressani Prize for Poetry. His novel Berlin took the same prize (for fiction) in 2010. His short story, “A Theory of Discontinuous Existence,” was selected for The Journey Prize Anthology; and the short story “The Sand Flea” was nominated for a Pushcart Prize. 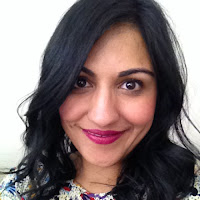 Bhavna Chauhan, Editor with Penguin Random House Canada.
Penguin Random House Canada is the Canadian division of Penguin Random House, the world’s most global trade book publisher, which was formed on July 1, 2013, by the merger of Penguin and Random House. Worldwide, the company employs more than 10,000 people, and it’s the biggest publisher in Canada. It publishes all kinds of books for both adults and children. Bhavna has been involved in the publishing industry since 2008 when she started as the Assistant to the Publisher at Doubleday Canada. She moved to McClelland and Stewart in 2011 and then to Penguin Random House in 2014. As an editor, Bhavna acquires and commissions manuscripts, both fiction and nonfiction, and works directly with the authors to develop their books.

Moderator Brian Henry has been a book editor and creative writing instructor for more than 25 years. He publishes Quick Brown Fox, Canada's most popular blog for writers, teaches creative writing at Ryerson University and has led workshops everywhere from Boston to Buffalo and from Sarnia to Saint John. But his proudest boast is that he has helped many of his students get published.

Fee: $115.72 (includes hst)
Register online with Ryerson here.
Or reserve your spot by emailing me at: brianhenry@sympatico.ca
And on June 18, bring a cheque made out to Ryerson University for $115.72 (No cash and absolutely no credit cards, please)