How to Get Published, with literary agent Martha Webb of the CookeMcDermid Agency, Saturday, Feb 24, in Oakville

If it's past Feb 24, you can see details of upcoming "How to Get Published" workshops here (and scroll down).

And be sure to bring your elevator pitch! Following the end of the formal workshop at about 3:45, Brian Henry will be staying for at least half an hour and helping interested attendees, who didn’t have their queries critiqued earlier, write query letters that will get a yes, while literary agent Martha Webb will be listening to your pitches. Agents come to these events wanting to hear what you’ve got and hoping to find authors they want to represent.

Guest speaker, Martha Webb, is a literary agent and part owner of the CookeMcDermid agency, a new company formed through the amalgamation of the Cooke Agency and the McDermid agency.
CookeMcDermid represents more than 300 writers, among them Man Booker nominees, Giller and Governor General’s award–winning authors, prize-winning journalists, New York Times bestsellers and some of the literary world’s most notable names, including: Jen Agg, Omar el Akkad, Deborah Campbell, Michael Crummey, Robyn Doolittle, John Irving, Rupi Kaur, Scaachi Koul, Karen Le Billon, Geddy Lee, Robert Munsch, Jordan B. Peterson, Alison Pick, Andrew Pyper, Bob Rae, Nino Ricci, David Adams Richards, Amy Stuart, Guy Vanderhaeghe, Jeff VanderMeer, Sarah Waters, and Jesse Wente.
Martha was with the McDermid Agency for twelve years, and with CookeMcDermid, she continues to represent a wide range of books. Primarily, though, her list focuses on literary fiction, narrative nonfiction (including memoir and true crime) and ideas-driven nonfiction. She is especially drawn to approaches that are thought-provoking, controversial, change the conversation on a given subject or have a positive impact on people’s lives.
For more about the CookeMcDermid agency, see here. 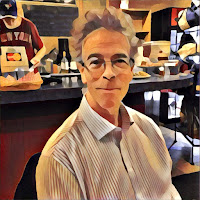 Workshop leader Brian Henry has been a book editor and creative writing instructor for more than 25 years. He publishesQuick Brown Fox, Canada’s most popular blog for writers, teaches creative writing at Ryerson University, and has led workshops everywhere from Boston to Buffalo and from Sarnia to Charlottetown. But his proudest boast is that he has helped many of his students get their first book published and launch their careers as authors.
See reviews of Brian's classes and workshops here.