“Just another day at the office” by Lisa Nolan

Nigel sweated in his expensive Boss suit, even though his office was fully air-conditioned. “Bloody, hot Toronto and its humidity,” he muttered. After two sweltering summers he still wasn’t used to the heat. The extra weight he was carrying wasn’t helping either.

“I can’t believe you’ve lost it!” he bellowed to his articled clerk, Bryan, who Nigel had already decided was an imbecile. “How could you lose something so important? I asked you to put them in a safe place!”

“I did,” Bryan muttered, his teeth grinding as he tried not to spit the words out. In fact, as he distinctly remembered, he hadn’t put the envelope anywhere. He’d just left it among the mounds on his desk. Only problem was, the bloody envelope had disappeared.

Nigel bounced into the room and reached for his handkerchief. “These are important documents. I need them by the end of today, and I need that statement gone over as well.”

Bryan winced, the words slapping him across the face. This was going to be another late night. He had for once made some plans with a potential date. Sighing, he put together a private email suggesting they meet for dinner another night and pressed send.

“I don’t feel you’re concerned about this!” Nigel griped from his inner sanctum. “And I can see you’re not looking for it.”

Nigel’s plush office had a much coveted view of Bay Street and of the Lake, but personally Nigel enjoyed the inner window overlooking his clerk’s office, even more. He watched Bryan scrabbling to action - overturning books, files and photocopy boxes in vain. “You know people are queuing up for your job,” Nigel said to see if that would speed the search along.

Bryan muttered silent curses. “The rise up the ladder is a climb,” he whispered, repeating his daily mantra. But bloody hell, if he ever got out of here, he was heading straight for the Grisly Goat. A shot of Scotch and the company of other battered clerks wouldn’t actually improve his mood, but at least they’d listen to him whine – no matter how late it was. 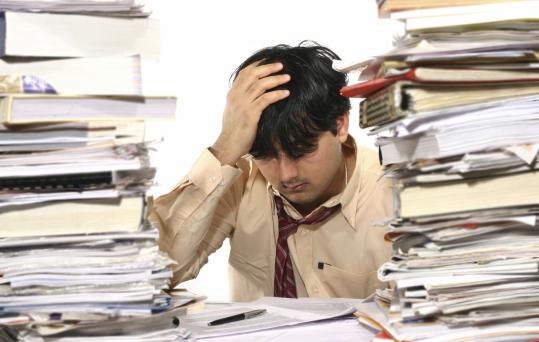 “Christ, I don’t know where I’ve put them,” he muttered and recoiled back in his chair, his mind going over yesterday’s events for clues.

The phone rang and Nigel picked it up. Bryan watched as Nigel munched on doughnuts and talked at the same time.

Bryan kicked around a couple of neglected files on his desk. Nope, the missing in action envelope wasn’t hiding there. He heard Nigel put down the phone and stepped up his search, becoming more animated as he knew the spotlights from the prison tower were back on him.

“There will be no escaping early for you today. Oh, and I’ve run out of doughnuts, “Nigel said, handing the empty box to his beleaguered clerk.

Bryan grabbed his suit jacket and with his reply of “Okay” and “Lunch” travelling at the same speed as his departure he was gone.

Susie, the blonde, tight receptionist with a Texas drawl that made Nigel shudder, poked her head into Nigel’s office. “Oh you are here. Line 3, sir, its Carmichael from the London office.”

Nigel dragged his gaze away from Susie’s geography and went back into his sweatbox to take the call from his old chum. He let his belt buckle out another notch as he sat damply down for his usual lunchtime call.

Bryan returned with a box of doughnuts while he was still on the phone. “Keep looking, “Nigel ordered, covering the phone. “It’s got ‘Brewster’ written across the envelope. He’s one of the firm’s most important clients.”

Bryan shook his head in disbelief. This can’t be happening on my watch, he thought as the afternoon stretched painfully out before him. He frantically resumed the search around his dishevelled office and felt his liquid lunch returning. He stumbled over his crammed garbage can, spewing the contents over the floor. Damn, another mess!

He started refilling the garbage can and his fingers stuck to a box hidden underneath some screwed up papers. Now what? He wasn’t surprised to realize it was an old doughnut box, no doubt thrown into his trash by Nigel.

Bryan lifted the box gingerly by what he hoped was a clean corner and tossed the box aside to take to the kitchen garbage. It landed upside down. There stuck to the bottom was the envelope. Doubtless it had been captured when Nigel had put his box on Bryan’s desk.

Relieved, Bryan unglued the envelope from the box and waved it with triumph.

“Found ‘em! The Blue Jays tickets for Brewster. Envelope’s a bit sticky. Seems to be donut jelly. Strawberry, I think.”

Nigel turned red and Bryan smirked. This would definitely be a good story tonight at the Grisly Goat.

Lisa Nolan lives and works in Mississauga, Ontario. Originally from the UK, she has been enjoying her new life in Canada for three years. Her passion for the written word began with children’s poetry and collecting antique books as a teenager. She has recently started writing short fiction and is at work on her first novel.