“With Regret,” a short story by Michael Joll

Why does all the world love a rogue?  I don’t have an answer.  From hairpiece to corns we’re all cut from the same bolt and I should know.  I’m a reprehensible old bastard, for which I offer no apologies and it’s too late to change.  I was not always thus but the years in short pants do not count for much.  I have deserved little of what I have acquired, good or bad, during my one hundred and one years on this earth, and I don’t pretend otherwise.  I may be obscenely wealthy, little of it earned by the honest sweat of my brow, but I am no hypocrite, perhaps my only laudable trait.
I trace my downfall precisely to 1:45 p.m. on April 2nd, 1931, my twenty first birthday, when I received a letter by special delivery.  Inside the envelope I found a key which I did not recognize.  The accompanying letter of explanation was from my Uncle Bertie, my guv’nor’s older brother, dated the previous day.
“Dear Percival (it read),
Congratulations on turning 21 tomorrow, my boy.  No doubt your parents will give you the key to the door with all due ceremony.  The enclosed is the key to a new Rolls-Royce Phantom II drop-head coupé.  Hyphen Motors in Park Lane will deliver the motor to you in Dorking tomorrow.  I hope you will enjoy it for many years to come and remember me from time to time,
Your uncle,
Bertie”
I knew Uncle Bertie was rolling in boodle but this was unprecedented generosity on a grand scale.  Then I reread the letter and took note of the date.  Was this an April Fools joke?  No, as it turned out.  At three in the afternoon, a pantechnicon pulled into my parents’ driveway.  Two supercilious, white-gloved and buff-coated men alighted, opened the rear door and wheeled the car out and down the ramp onto the gravel drive.  My verbal reaction was a single, unprintable word.  Thus began my life-long affair with my mistress, the car I named Anastasia.
On my way from Dorking back to Balliol to finish my final term I dropped in on Uncle Bertie to grovel before the feet of the great man, my benefactor, and place myself forever in his service. 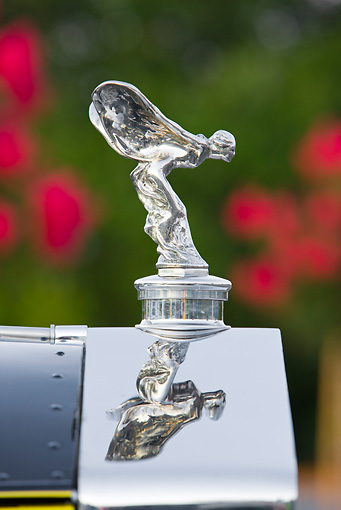 “The four door Phantom,” Uncle Bertie announced gravely, “has a rear seat which can effectively be used for a purpose not originally contemplated by the designer, but I rather thought you would, on the whole, prefer the two-seater.  It attracts a sportier sort of gal.  And besides, an hotel offers more comfortable and spacious overnight accommodation for one’s more energetic companions.”
Many considered Uncle Bertie a bit of a rogue in his day, one who, even when well over sixty, rarely looked a gift horse in the mouth.  But Uncle Bertie was childless, possibly on account of that incident involving a polo mallet and an aggrieved husband, so over the years he had come to regard me as a son and I was first in line to cop his ill-gotten booty and the title.
My degree in mathematics, with a concentration on probability, chance and sporting odds-making I parlayed into a career, before regulation and close scrutiny made life uncomfortable, as an insider trader, corporate raider and junk bond dealer.  Uncle Bertie was so pleased with my success that he put me up for his club.
The Second World War temporarily interrupted my career as a City pirate.  Following a none-too subtle hint from my uncle I rashly volunteered for the Royal Navy, naively unaware that the chief occupational hazards included drowning, alcohol poisoning and diseased dockyard doxies.  My misplaced fit of patriotism also meant that I was forced to say “Au revoir” to Anastasia for the duration.  Before leaving for my first ship, however, I patriotically but rashly sold the contents of Anastasia’s copious petrol tank to a shifty-looking gentleman with a length of rubber hose, a loud check suit, a greasy pork pie hat and a Clark Gable moustache.  Poor Anastasia spent the war years, alone and abandoned, under a dust sheet in my parents’ garage.
It was an unhappy separation as I had become very much attached to Anastasia.  She was what, in the modern idiom, is called a chick magnet, and one whose passenger seat was rarely unoccupied by a delicate morsel of the opposite sex, all ready, willing and usually grateful.  Parked, hand brake on and with the gear lever in neutral, with a little imagination it was quite possible for the more athletic to enjoy the benefits of marriage without the intervention of clergy.  For the others, there was always the Savoy or the Dorchester.  Only Lady Penelope let the side down a bit, carelessly failing to dodge the fatal bullet and had to avail herself of the services of her mother’s discreet but expensive Harley Street specialist.

When Uncle Bertie cashed in his chips for the last time and was kitted out with his harp and halo, I ended up with the title and what was left of my uncle’s ill-gotten spoils after the Treasury pirates had plundered the accounts.  Being a Viscount has its advantages, (though an earldom has more), especially with a vintage Roller as a prop.  Even in later years, when my youthful vigour had begun its inevitable long, shallow glide from chest to waist, the beautiful, the marginal and the downright homely still flocked to my side.  It would have been positively churlish for a chap to have disappointed, don’t you think?
A British car in those golden days of motoring came with an official document, a folded cardboard log book which I chucked unopened into the glove box, replacing it with a log book of my own; one which contained the names and addresses of every girl who had ever sat beside me, and the outcome.  My log book tells me that 3,217 women of all ages have graced Anastasia’s passenger seat since I turned twenty one, most of them, I regret to say, in the first fifty years.  Few failed to take advantage of me.  I hope Uncle Bertie would have approved.  I wish I could remember them all.
I keep the log book going still, in case my luck should change, though there have been few entries these past several years.  One of the last, I see, was in 1996, when I drove that most gracious and beautiful lady, Sophia Loren to the Cannes Film Festival and to dinner afterwards where we were joined by her husband, Carlo Ponti.  With the evening spent basking in the golden aura of Ms. Loren, all recollection of her husband escapes me except that, regrettably, he drove her home.
I never married and it’s a bit late to think about it now so the line dies with me.  Probably a good thing, all told: I would make a faithless husband and it would mean cheating on Anastasia, my only mistress.  By tacit consent, the aforementioned 3,217 encounters do not count.
I don’t get out as much as I used to and in truth I have hardly driven these past several years.  The narrow, steep and windings streets of Monte Carlo are crowded with Ferraris, Lamborghinis and Maseratis, the status symbols of the insecure, the upstart nouveau riche and poseurs flaunting their wealth for the benefit of the day-trippers.  But with the top down and the wind ruffling what is left of my hair, the Grande Corniche, with its open air and hairpin bends is still an exhilarating drive in Anastasia, even when, as is the case all too often these days, one is alone.

But I am no longer a downy-cheeked stripling.  We have had a good, long run, Anastasia and I.  We have grown old together, she more gracefully than I.  I’m not looking forward to my inevitable parting with Anastasia any more than failing my impending interview with St. Peter: However ingenious one may be it is virtually impossible to cheat on a viva.  The time has come to pass the torch to a younger man to take my place.
The Spirit of Ecstasy that has adorned Anastasia’s bonnet for eighty years is soon bound for another garage and another admirer.  It will be necessary, for her sake, to approve the new man in her life.  That is not something easily done at an auction.  Besides, they’re such mercenary affairs, auctions, rarely attracting the right sort of chap, Americans mostly, and that would not do at all.  I’d hate to see Anastasia end up in California.  She belongs here, in Monte.  Or perhaps in London, where she’d be appreciated.
Wherever she spends the rest of her days, I hope she will serve her new man as well and as faithfully as she has served me.  I shall put a discreet word around at my club:
“For Sale (With Regret): 1931 Rolls-Royce Phantom II drop-head coupé.  Answers to “Anastasia”.  One owner.  All original coachwork and equipment.  Complete history.  Passenger seat may need reupholstering.” 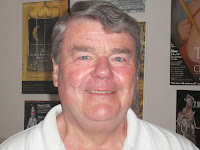 Michael Joll is an English-born Canadian author primarily of short stories. He has also had three radio plays broadcast on Canadian Public Radio over the past five years. Two novels continue as works in progress and a poem for Remembrance Day, 2011, "Remember Us", was published on-line.


With Regret won First Prize in the 2012 Elora Writers' Festival Short Fiction Competition. Although many of his stories contain varying degrees of autobiography, Michael insists that "With Regret" is not one of them. "I attribute success with "With Regret" in large part to criticism by my fellow scribblers at the Brampton Writers' Guild and in particular to Brian's workshop in Editing and Revision which I attended earlier this year," Michael says.