“She knew she was in trouble when…” Shelli Wilmshurst

Hannah knew she was in trouble when the “washroom” they sent her to featured a wooden box with a hole in the top and a bucket of wood shavings off to the side.  Mercifully, there was a small palm tree behind the box that may have blocked her important bits from public view.

A feeling of unease crept in as Hannah attempted to change into her bathing suit, put in contact lenses and use the “facilities.”  The setting was right for a relaxing, week-long, romantic twenty-fifth anniversary getaway-sparkling water, beaches and quaint cays to be explored.  The facilities however, were so far proving to be less than five-star.

Arriving back to where her husband was sun-blocking up for the first kayak trip of many this week, she suggested with a laugh, that they start keeping track right now of how many times over the week she would say, “What the hell was I thinking!”

Mike laughed back, “The good news is, I’m going to be able to remind you every time that this was your idea.”

True, in an attempt to make this trip memorable, Hannah had stepped way out of her comfort zone and suggested an inn to inn kayak trip in the cays off Central America.  Having kayaked only once before, the trip presented both physical and mental challenges for Hannah.

The physical part she had at least been able to be proactive about.  The trip promised to be moderate, but there was a need to be able to do several “wet exits” and “wet entries” per day to allow for snorkeling.  In layman’s terms, they had to be able to haul their sorry butts out of the water and back into to a very narrow, tippy boat without rolling it, and without the benefit of anything to stand on as they would be in water over their heads.

Piece of cake!  Several weeks of core strengthening, “air-kayaking” with weighted bars and a few dozen sadly unsuccessful attempts at chin-ups at the gym had Hannah almost sure she was ready to go.

Hannah made herself take a deep breath and take a good look at the rest of the group – twelve “guests” and two guides in all.  Two older women travelling together, one of who must own a jewelry store based on the amount of bling she was wearing.  Frankly, Hannah was surprised the woman wasn’t worried about being seen as a barracuda lure.  Actually, this woman didn’t seem worried about much, just happy to be there.

Her companion presented the polar opposite impression, seeming to have already judged the rest of the group to be below her in skill and social standing, the permafrost around her was thickening by the minute.  They made Hannah wonder about what attracts people to each other.

There was another couple, perhaps in their late thirties who had “seasoned adventurers” written all over them.  Either that or they were planted in the group as an ad for Mountain Equipment Co-op.  Both fair skinned and redheaded, all that was visible was the area around their Ray Bans and wisps of red hair escaping the confines of their Tilley’s.

Two other young women, strangers apparently, who had agreed to bunk together in order to save money on the trip seemed anxious to get going.  Both looked athletic and comfortable in their skin.  Hannah guessed that both were avid travelers.

Finally the group was rounded out by a family of four, two lawyers from Chicago (who looked like they just might have “I will not be afraid” mice squeaking in their respective guts too) and their two children.  The boy who was all boy, excited and rambunctious and wanting to get going, and the girl who was all teenage girl, wearing her boredom as a badge meant to keep the group at bay, mortified to be there with her family, letting her parents know as often as possible that she would rather be anywhere else.

The guides, “Weez” (his name was actually Omar, the story would come out later) and Karm (the reversed, cooler form of Mark, his real name) gathered the group and instructed everyone to choose a kayak for the week.

There were singles and doubles, but Hannah and Mike had agreed ahead of time that this was a togetherness thing and chose a fairly long double to heft down the beach and into the water.

The plan was to do a rolling drill.  After donning the multi-pocketed life vests and learning how to put on and attach a “skirt” to the boat to keep water out of the hatches, the group was instructed to kayak out to deep water and gather together.

This was joke number one (or perhaps that was the washroom?) – gathering a group of kayaks manned by people with varying skill levels, in wind that was increasing in velocity by the minute and waves that had a mind of their own.

Unfortunately, the “I can do this” mouse in Hannah’s gut was being nearly drowned out (no pun intended) by the wind and the voice of Weez telling them the “plan”.  The “plan” was that each kayak (occupants included) was to be rolled upside down.  The kayakers were to count to three (with their mouths closed of course, since they would be under water) then reach up, tap the bottom of the boat to let the staff know they were okay and push out of their seats and come to the surface.  Once they were out, the boat would be righted, bailed out and the first wet entry would be executed.

“Okay” thought Hannah, “I can do this but let’s just go and stop talking before I chicken out!!!”

Hannah and Mike moved away from the group a little to have a safety zone and agreed which direction to roll in.  That part was painless, as they quickly discovered that kayaks were designed to roll.  As soon as Hannah was under water, the only instructions she could hear came from her internal mouse/jaguar who screamed, “GET THE HELL OUT OF HERE!”

No three second pause, no tapping, quite simply she pushed hard with her feet and looked for the sky!  Okay, test number one was complete.  Hannah and Mike worked together to right the boat.

Hannah realized as they did, that this was the easiest it would ever be, as their fifty pounds of gear had not yet been packed into the third hatch.  Test number two, passed.

Hannah reached above her and braced one hand on either side of the hatch.  With a mental, “Oh yeah? Watch this!” she gave a mighty push and promptly launched herself over the boat and dove beneath the waves on the other side.  Mortified, she came to the surface, only to find Mike and a few others, laughing heartily, the tension in the group instantly gone.

“Well,” said Mike, “I don’t think you need to worry any more about being strong enough.”

As she too started to laugh, a feeling of relief swept over Hannah and she mentally put her “mouse” to bed for the rest of the week.  Then she tried again and completed one of the most graceful wet entries anyone had ever seen, Hannah’s internal jaguar roared, “Bring it on, I am ready for anything!” 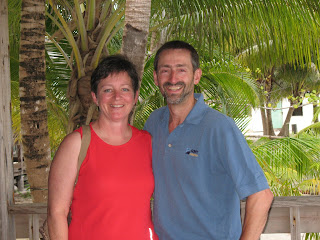 Shelli Wilmshurst is a former accountant and educator of adults. She is currently working as a massage therapist. Having raised two daughters to new found independence, this is her time. Her interest in writing is very new, with a focus toward having something interesting and challenging to do from her rocking chair in her old age!