She could smell it as soon as her mom pulled into the driveway, the manure smell. Not a bad smell, not like her brother’s farts, but a deep earthy rich smell. And there were other smells layered under it; the fresh newness of hay, the rich brown smell of leather.

She stood beside the car, sneaker toe scuffing the dusty driveway, looking at the ground and feeling incredibly out of place. Both in this space as well as in her own body. She could feel her jeans stretching over her 12-year-old hips and thighs in a way that was new, and she quickly crossed her arms over her chest to protect the sensitive growth.

“Let’s go!” her mom called as she walked briskly to the barn. The girl trailed along behind, not entirely resistant but feeling apprehensive.

When her grandmother had mentioned the riding lessons as a birthday gift, the girl had been so excited. Years of watching her grandmother’s horses, whom everyone was forbidden from riding, had primed her for the day she would get to climb onto one of those beautiful beasts. And, of course she had read all the teenage, angsty, horseback riding books. She was sure she knew the names of all the tack even if she wasn’t sure she knew how to get it all on the horse.  She even knew to wait until a few minutes had passed after initially tightening the saddle to tighten it one more time in case the horse was purposely pushing out its belly. 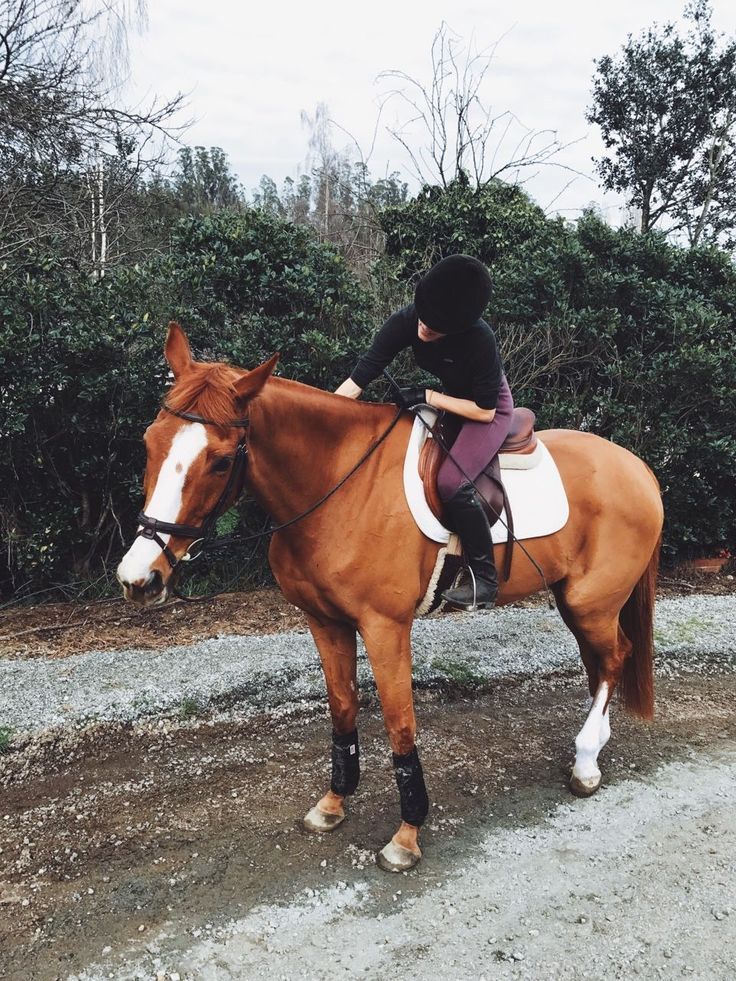 But what she wasn’t ready for was having to talk to people; introduce herself, make small talk with adults she didn’t know, explain why she was there. That made her want to run back to the car and hide, slouched down in the passenger seat until her mother agreed to take her home. But she strengthened her resolve and pushed on. She really wanted to get to the horses and if she had to suffer the agony of conversation to make it happen, she would.

She looked like the average pre-teen, floppy shapeless hair of an indiscriminate blond colour in jeans and a sweatshirt appropriate for the spring weather. She wandered into the barn, trailing behind her mom, stealing herself for what was about to come.

It wasn’t as painful as she expected. The woman who was taking her out was nice and friendly, undaunted by monosyllabic responses. She chatted away easily as she introduced the girl to the horse she was to ride and went over all the tack and how to put in on properly.  The girl smiled shyly as she correctly named each piece before putting them on her horse. Her horse was a beauty! Tall and strong looking, muscles rippling under his glossy dark brown coat, the sunlight filtering into the barn highlighting every movement.

“Miguel sure is a looker, isn’t he?” the instructor called back to her as they lead their horses out into the spring day.

The girl barely heard her. She was lost in the wonder of the animal. It was so big and alive, its hair soft, its skin warm when she put her hand out to strake its neck.

“He can get a bit headstrong but keep a firm grip on the reins and you’ll be fine. We’re going to head out on a trail that takes about forty-five minutes.  He knows the way so don’t worry about that. We’re going to head across the field, through the woods, and then down an embankment that gets kind of steep before heading back all in a loop. I’ll stop you before we go down to give you some pointers so don’t worry about it before we get there. I know it’s your first lesson, so we won’t be galloping but how do you feel about a canter?” 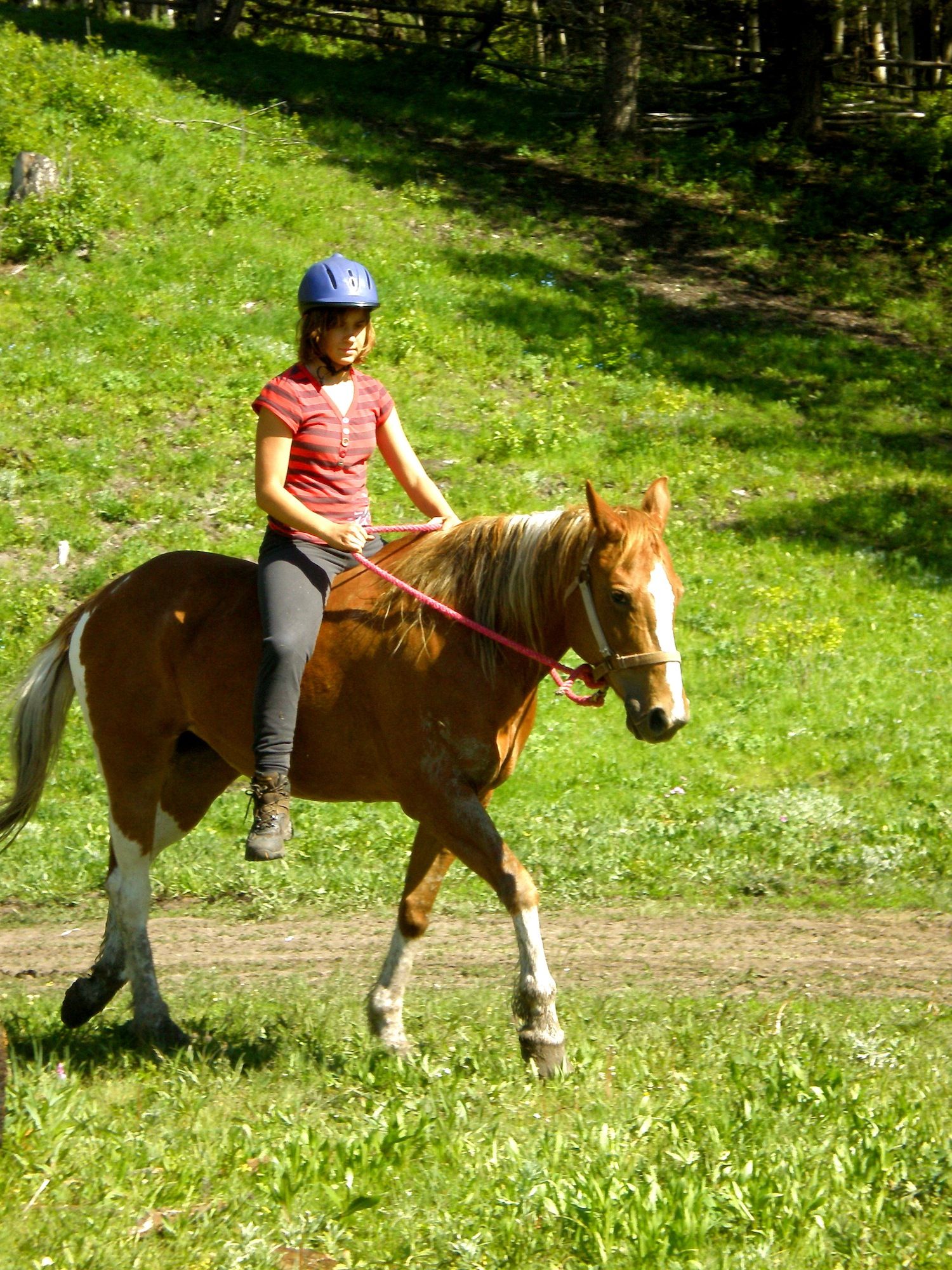 The girl looked up, eyes hiding behind her bangs, “Umm, ok?”

The girl hoisted herself into the saddle on the first try, and they set off. It was a beautiful late-April day. The air had a sharpness warning of the frost recently melted but the sun blessed everything it touched with a warm kiss, and there was a fresh smell to the air hinting of new growth.

They crossed the field at a walk so the girl could get a feel for the irregular gait of the horse. She grinned as they ambled along. It was at once both strange to feel herself being shifted side to side as they walked and familiar, like a memory just out of reach.

“You’re doing great!” the instructor called back to her. “Let’s take it up a notch.”

They moved into a trot as they entered the chilled shade of the woods. The girl’s smile widened as she felt herself being jostled in a new way, the horse speeding up to follow his leader.  She was enjoying herself even more than she expected.

Too soon they stopped for a briefing before descending into the ravine. The instructor told to hold the reins loosely because the horse knew what to do, to lean back when it got steep so as not to shift her centre of gravity forward, and to stay calm and relaxed so her horse wouldn’t get spooked.

They began the descent. Her horse sure-footed and calm, and the girl relaxed into the lurching repetition, leaning back until her hair brushed the horse’s haunches behind her as it became quite steep and feeling pride grow in her heart.

I’m doing it! she thought as she felt her connection to the horse growing. 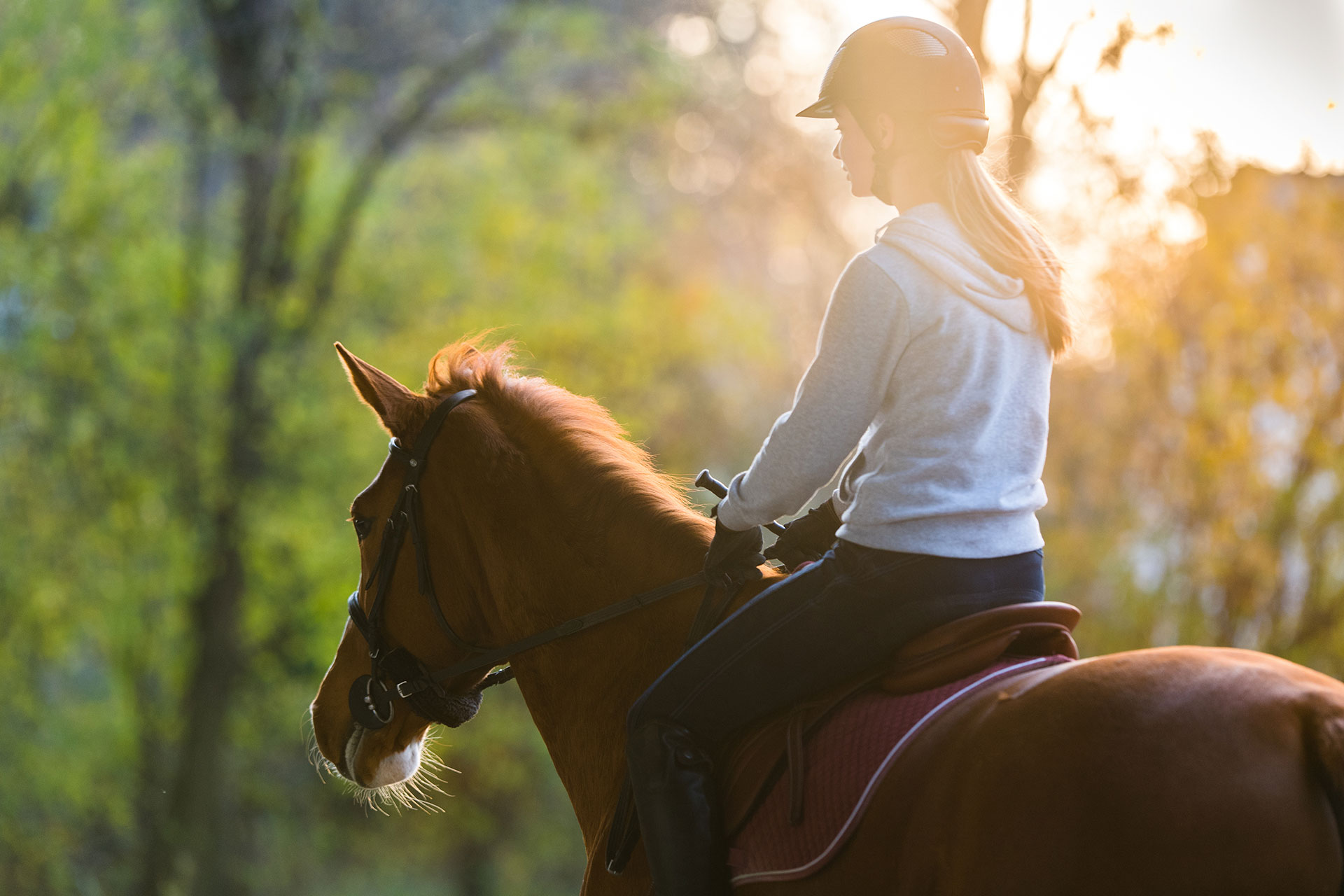 Then before she knew it, the instructor  was praising for her nerves and her technique.

The rest of the ride was uneventful as they wound their way through the woods and back out to the sun-shiny field. Just a short ride now to the barn.

“You ready to speed things up a bit?” her instructor asked.

They started to accelerate from a walk, reaching a trot the girl recognized, but then the acceleration continued to a new, faster, more regular gait. A new emotion rose in her body, a joy pure and unbridled as it swelled into her throat and exploded as laughter out of her mouth.

She could feel the up and down, up and down, rhythm – and what she’s read about posting popped into her mind. She started to coordinate a slight rise out of the saddle in time with the horse.

And all the while she was overcome with the pure unadulterated elation of it all. Feeling, for the first time in a long time, free from her own insecurities, from her introversion, from the changes she had no control over.

Her laughter carried her across the last field and all the way back to the barn. 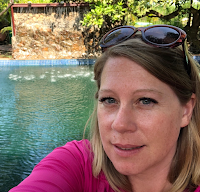 Sara Wood-Gates is a single mother of two children living in Burlington Ontario. She has spent most of her career in various customer service roles from serving in restaurants, to planning events, to counselling job seekers on their careers. Currently Sara works as a Pre-Sales Solution Architect for an American company which has allowed her to work from home since 2013. Sara is excited to draw from her wealth of personal stories as she dabbles in writing.