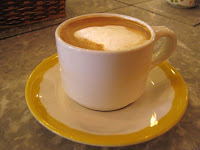 Being an avid observer of human nature, I’ve always had an acute interest in people I observe in various ordinary day-to-day situations. As I people watch, I enjoy dissecting their appearances and mannerisms and divining their backgrounds. I feel I’m pretty good at it.

So it was with the Princess. I was enjoying a leisurely cup of afternoon tea in one of my favorite coffee shops when she passed by. No, that’s not accurate – she glided past, as if she were floating on an invisible cushion of sophistication and timeless good breeding.

She was stunning. She was elegant. She was a lady, no doubt about that. In spite of being dressed in ordinary, somewhat faded, hip-hugging jeans and a form-fitting jet black high neck sweater offset by a sparkling necklace and large silver earrings, she exuded hidden wealth. She was fashionably thin and her clothing accentuated an athletic and lithesome body. Her shoulder-length blonde hair framed an elegant face, and her high cheekbones, firm but understated jaw and finely sculptured nose suggested an Eastern European background. Her whole demeanor and physical forbearance cried out class, good breeding and restrained old money.

She had a young boy with her, similarly attired in modest but fashionable clothes. I assumed he was her son.

They took seats against a window near the doorway, too far away for me to hear what they were saying but nonetheless enabling me to observe clearly their grace and style. Having ordered from the waitress, they settled in their chairs and engaged in a gentle, subdued conversation.

It was immediately obvious to me that she was no ordinary person. In Canada we are accustomed to welcoming people from all parts of the world. With her decidedly European features and her graceful style and sophistication there was little doubt in my mind that she came from a family of considerable Continental stature.

There had been recent political upheavals throughout much of the former Communist Eastern bloc and countless refugees had made their way – often in tragically hazardous circumstances – to the West and many of them eventually to Canada.

I could see it clearly now. This noble family, landed gentry from time immemorial in their native land, having suffered through the vicissitudes of communist rule, had finally been forced to bear the brunt of a new post-communist persecution too horrible to imagine. I could see them now, fleeing what remained of their family estate in panic, carrying as much of their jewelry and heirlooms as they could.
It must have been awful, dodging army patrols, avoiding police roadblocks, and hiding from roving gangs of thugs bent on exacting mindless revenge on the upper classes. Undoubtedly they had spent many terrifying nights hiding in the deep dark forests and crouching in filthy ditches as they slowly made their way to freedom. And then that heart-numbing last dash across no man’s land, agonizing at the sounds of the baying guard dogs close behind. How horrible, how noble!

And now they were here. The drudgery of the displaced persons camps and the endless processing of UN refugee paperwork and their final acceptance by Canadian authorities would now be but a faded memory.

To me she was a Princess, and she and her little Prince represented a welcome infusion of class and sophistication into our social fabric. They were regal and graceful. It made me proud to have people of their caliber in our country, moving in the highest social circles and contributing to the polishing of our multi-cultured society.

Just then an old, battered and very noisy pickup truck, belching clouds of blue smoke, pulled up at the doorway, “Johnny’s Waste Collection and Tree Removal’ faintly visible on the dirt-caked passenger’s door. The driver, with an old misshapen cap pulled low over his face, barely concealing the long matted hair and a three day beard, tooted his horn impatiently.

“Come, Frankie, it’s Daddy. Let’s go to the garage sale!” my Princess screeched. She jumped up, grabbed her jacket and headed for the door, the little boy scrambling after her.

It had been a long time since I had heard such a strong Newfoundland accent.

I sat there watching my Princess and her little Prince disappeared down the street in a cloud of blue-black smoke.

I was not amused. It was just so damned unfair and dishonest of her to portray herself as a person of class and grace. Really! Some people!

Oh well, I thought to myself, you can’t win ’em all. I settled back in my chair, somewhat deflated, but determined to enjoy the last of my tea. I glanced casually around the small but well appointed coffee shop, my eyes sliding over the few remaining customers. And then I stopped, my eyes slowly reverting to the elderly distinguished looking gentleman in the far corner. Well dressed and immaculately groomed, it was apparent that he was not of an ordinary background.

It was patently obvious to me that he was a ...

William Bloxom is a freelance planning and development consultant who spends much of his time abroad working in developing countries. When not working, his hobbies include gardening, writing and traveling and of late he has been working on a series of short stories as well as a full length novel set in the developing world. He and his wife Lonela live in Mississauga, Ontario.
Note: To return to the main page, click the Home button at the bottom of this page, or you can go straight to another story by going to the blog archive at the top of the page on the right and clicking on any story.
Posted by Brian Henry at 10:07 AM