What part of “No” don’t they understand? In recent years, three provinces in Canada rejected proposals to change their voting systems. In referendums in Ontario, Prince Edward Island, and British Columbia, the people all said, No thanks. We like our current first-past-the-post system just fine.

These repeated defeats should surprise no one. Has there been any groundswell of support for such changes? Is this what people are talking about at Tim Hortons? Not at all. The campaign to throw out our voting system is embraced largely by amateur policy wonks who have never graduated from the debates of their political science classes.

The NDP has also long-endorsed proportional representation. But the NDP has never won an election, which perhaps explains why they imagine the current system must be unfair.

After falling to third party status, the Liberals also came out in support of adopting a voting system that favours losers, though surely, that must be a coincidence.

Previous attempts to change voting systems in Canada were all – quite properly – put to a referendum. When other democracies have considered retiring the first-past-the-post system, they’ve done the same. In 2011, the United Kingdom rejected a change in voting, while in 1993, New Zealenders passed a referendum to adopt a new system. 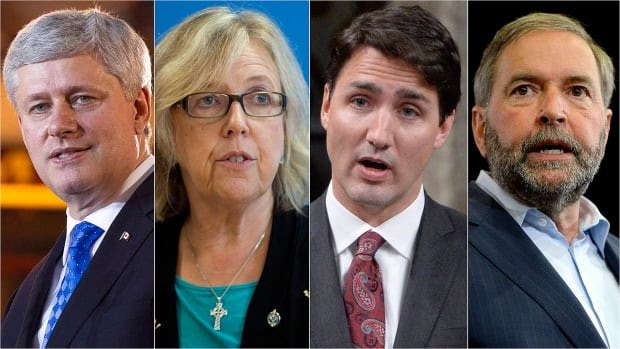 Indeed, in a democracy, a referendum is the only legitimate way to change the voting system. Really, it should be obvious that no government can have the right to rig all future elections by adopting a system it finds more to its advantage.

More profoundly, in a democracy, governments receive a mandate through elections, but the electoral process itself belongs to the people.

It is such a deep change and so difficult to undo that democracies require a super-majority before changing the voting system. It is a change to a constitutional convention, not something that can be done democratically with 50% plus one or at the whim of the government of the day.

Yet in the current election both the Liberals and the NDP have declared that they will change our system of voting without a referendum. And why? Because they know Canadians don’t support the changes they want, and if the question were put to a referendum, they’d lose.

Together, Ontario, PEI and BC represent over half the population of Canada, and they’ve already said no. The Liberals won’t even say what change they want. Trudeau promises to consult broadly, if elected, but then as the P.M .he’ll do exactly as he pleases. As for the the NDP, it wants a Mixed Member Proportional system. This is the voting system that was proposed for Ontario and suffered one of the greatest defeats in Canadian history, with 102 out of 107 ridings voting against it.

The proposed change lost because proportional systems are less democratic.

Member of Parliament elected under a proportional system don't receive votes directly; rather we’d vote for a list created by the parties themselves. The people elected wouldn't be our MPs; they'd be the party's MPs.

Moreover, proportional systems guarantee that no party can win a majority, creating continual instability. We could well have an election a year, as they do in Italy, or perhaps five elections in just four years, as they’ve had in Greece.

Perhaps worst of all, proportional systems take power away from the consensus shared by all parties in the political centre and gives power to the political fringe.

In our current system, parties gain power by adopting polices that with broad appeal; the broader the appeal, the more likely a party can form a government.

A proportional system reverses this dynamic.  A party prospers by finding a niche, electing some members to parliament, then extorting concessions from other parties in exchange for joining a coalition.

For example, in Canada, every party favours immigration. The current government has brought in more immigrants than any other in Canadian history – and the only complaints from other parties have been that the government’s not doing enough.

Fans of proportional systems claim that coalitions represent more people than any single party. Not so. A party that gains, say 10% of the vote, still only represents 10% of the people, but their policies get enacted because they’re able to extort concessions their coalition partners would otherwise oppose.

Before changing our voting system, Canadians would consider what price an anti-immigrant party and other extremist parties would demand in exchange for propping up a minority government – and then Canadians would vote against a proportional system, as they have in the past.

But if elected, the Liberals or the NDP will not give us that choice. Perhaps they’ve convinced themselves that changing the voting system is a good idea, not just good for themselves, so they’re willing to “improve” our democracy by trampling our democratic rights.

They will claim they have a mandate to change the way we elect all future governments. When Canadians object that this isn’t the way things are done in a democracy, they’ll say, So sue us. If we say but this wasn’t what the election was about, they’ll say, You should have read the fine print. Too late now.

Brian Henry is a Toronto writer and editor. During the referendum on whether Ontario should retire its first-past-the-post voting system and adopt a mixed member proportional system, he wrote an opinion piece about it for The Toronto Star (see here). In this election, changing the way we elect all future governments hasn’t attracted enough attention for the newspapers to want to give space to the issue.

Labels: All literary, by Brian Henry, Essays, essays by Brian