Fields of Exile by Nora Gold, reviewed by Brian Henry Fields of Exile is a portrait of love and hate. The heroine, Judith, loves Israel. And the book’s finest writing details that love in beautiful, sensual prose. But after ten sweet years in the arms of her beloved land, Judith returns to Canada and enrolls in a Master’s of Social Work program. And there she encounters hatred.

It’s a hatred that Jews with leftist friends or who have had the misfortune to be on campus since the launch of the Palestinian terror war against Israel in September 2000 will recognize: it’s the 21st Century manifestation of Jew-hatred.

Personally, I’ve been called a Nazi while wearing a kippa when I was at a party with leftist friends. To be precise, because I was visibly Jewish that day, I was asked if I was a Zionist.

I thought it a weird question, like asking someone if they’re a suffragette, if they believe women should have the vote. Doesn’t everybody? Wasn’t that question already decided?

Am I a Zionist? Do I think Jews should have their own country? Again, wasn’t that question already decided? Israel exists, right? So, yeah, I said, of course I’m a Zionist. Well then, I was told, you’re a Nazi.

According to a remarkable number of self-described “progressives,” Israel is the epitome of earthly evil and should cease to exist. Such progressive aren’t particular about what should happen to the Jews who live there, either – or to Jews who have the nerve to call themselves Zionists.

This is the re-born hatred that Judith walks into when she enrolls in a Master’s program at a fictional university near Toronto. As a reader, I found her achingly naive. Judith finds it normal for an academic department to have a declared political agenda. Her university was already like that ten years earlier when she took her BSW.

She does feel uneasy when one student dares to dissent from the ruling ideology of “anti-oppression.” The pack turns on this hapless student who declares an opposition to abortion. She’s ridiculed, humiliated, torn to shreds by her enlightened comrades.

Not that Judith agrees with this anti-abortion student. Judith is herself a child of the left. In Israel, she did good work building bridges between Israeli and Palestinian youths, and she is among a handful of Israelis who still believes in the peace movement. This, after Israel’s supposed peace partner responded to two comprehensive peace proposals with a campaign of suicide bombings.

While Palestinian terrorists blow up seniors at a Passover seder and murder teenagers at an all-ages disco, Judith and her friends stand in front of the Israeli prime minister’s office to protest against their own government.

But they are not so deluded as to admire the terrorists – unlike the students Judith finds in Canada, who do idolize terrorists and figure Israelis are getting what they deserve.

For me, the great strength of this novel is Nora Gold’s spot on portrayal of the shock of encountering antisemitism, the dizzying dismay of finding that howling hateful horde even here in Canada.

On the other side of the ledger, though, I think the novel wastes too many words on Judith’s ruminations about Jews in exile versus Jews in Israel. I don’t see this as much of an issue in the Jewish community and it’s of even less interest to the wider public.

Also, Gold invents a new Palestinian terror group, which massacres a group of children in a bombing attack. I have a queasy feeling that Gold isn't sure she can trust readers to be outraged by Hamas or the other terrorist groups operating in Israel and so felt she had to invent a group that’s even worse.

In a similar vein, Gold’s anti-Israel activists tend to slide into outright antisemitism in obvious ways. But this is a substantial novel. With close to 130,000 words to work with, Gold could have exposed more subtle varieties of hatred.

Still, her book couldn’t be more timely. During the recent Hamas–Israel war, we saw the president of York University’s student federation idolizing one of the FBI’s Most Wanted Terrorists, posting photos and quotes on his Facebook page. Meanwhile, on its Facebook page, York’s anti-Israel apartheid group posted an interview with a Gaza-based terrorist. This, unfortunately, was no surprise as the apartheid group regularly features terrorists and their supporters at its anti-Israel events.

Even worse, we’ve seen Jews physically assaulted, with Jews punched and kicked and one Calgary man dragged across the street by an Israeli flag tied around his neck.

To be sure, the haters are few in number, but they can’t be ignored. Nora Gold is affiliated with the Ontario Institute for Studies in Education (OISE), which like the fictional university in her novel, is committed to an "anti-oppression" ideology and is one of the centres of the new antisemitism. So her novel is something of an insider’s view of the hatred that infects our campuses. For anyone interested in what's happening on our campuses and in what the leaders and teachers of tomorrow are being taught, it's a must read. 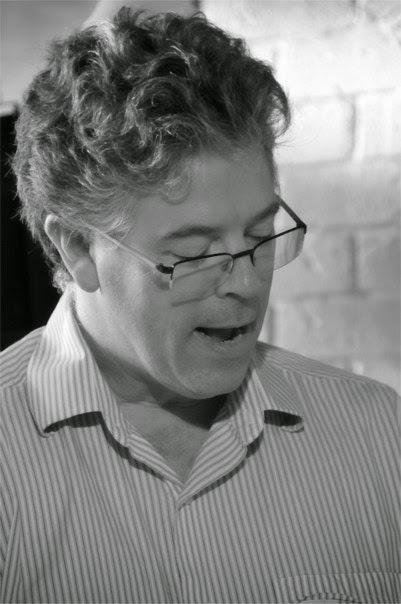 Brian Henry is a Toronto writer, editor and creative writing instructor. He teaches at Ryerson University’s G. Raymond Chang School of Continuing Studies and at other venues throughout Ontario, contributes to H-Antisemitism, a scholarly forum for the discussion of the history of antisemitism, and publishes Quick Brown Fox, Canada’s most popular blog for writers. A slightly shorter version of this review was published in the Jewish Tribune.