A mouthful of sherry, Pratap Reddy 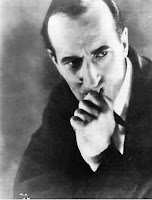 It was while Mrs Holmes sat on the veranda of her villa in St Martin’s Lea-upon-Thames, sipping a cup of Orange Pekoe, that she got the idea of how to commit murder and get away with it.


Her friend Katherine sat opposite her, nibbling on a petit-beurre. “That Mr Wentworth,” her friend was saying, “running after girls young enough to be his grand-daughters!”
While her friend prattled on, Mrs Holmes’ mind was elsewhere. She had always thought how ironic it would be if her husband were to die of unnatural causes and the person responsible for his death was to go scot free. After all, Sherry had made such career of catching criminals, earning fame and perhaps a fortune in the bargain.
Katherine leaned forward almost spilling the tea onto her lap. She steadied the clattering cup and saucer, and whispered, “Hedwiga, I heard that Mr Wentworth keeps some potions imported specially from Hong Kong in his bedroom.”
Katherine was a small thin woman who lived in a red-tiled house down the lane. She was a childless widow and an inveterate gossip. Because of her tongue she had made more enemies than friends in the village. She would always say to Hedwiga, “You are my one and only true friend. Had I been a rich woman, I’d have left all my wealth to you.”

Hedwiga remembered the day she met Sherry for the first time. She was a teenager living in a small impoverished village by the river Aar in central Switzerland. Skipping school one day, she had gone with two other classmates to the riverbank to pick wild flowers. Imagine their horror when they came upon a man lying prone and insensible on the riverbank. The three girls rushed into the river and pulled out the man. Hedwiga eagerly knelt down and gave a mouth-to-mouth. The man spluttered and came round. It was the very first time that Hedwiga had kissed a man full on his lips.

And the man turned out to be Sherlock Holmes. Hedwiga had not known then that Holmes had taken a tumble at the Riechanbach falls only a few miles upstream. The girls gave him the apples and boiled sweets they had brought for their picnic.

When Holmes appeared to regain some of his strength, Hedwiga took him to her house which was a small stone cottage perched halfway up a hill. Her family was astounded to see an Englishman pop up in the fastness of the Alpine mountains, having bloomed out of water like some Venus in drag. Hedwiga’s father who was an avid reader of the international page of Schweiz Zeitung while waiting for his turn at the barber shop, recognised the famous profile, as Sherlock Holmes sat down to eat the sauerkraut her mother had made.

“Don’t you like it?” her mother asked, as Sherlock Holmes peered at the dish through his magnifying glass.

“Not at all, Frau Nicklausmeyer,” said Sherlock in perfect high country German, which these simple Swiss folk found hard to follow. “I was merely deducing that whoever made this must be a German-speaking woman, a wife, a mother and a cook.”

“How clever of you!” said Frau Nicklausmeyer.

Sherlock stayed with them until he recovered completely. Afterwards he took a room in the village and began to live there instead of going back to England. The Nicklausmeyers were convinced that Sherlock Holmes was simply loaded so they encouraged their daughter to cultivate his friendship.

“But Mama, look at him. He must be ninety at least!”

“Use your head, Hedwiga,” Frau Nicklausmeyer said. “The older your husband is, the less likely he’s going to last. I wish I had got that advice when I was young – now I’m with stuck with your father. Forever, it looks like.”

Sherlock Holmes used to visit them regularly and sometimes played on the violin to entertain Hedwiga. She could never recall when exactly she began to call him Sherry. It must have been the night he tweaked out a reedy Moonlight Sonata. Later they went out into the garden and kissed under the full moon. Hedwiga had a sneaking suspicion that it was for the first time that Sherry was kissing a woman, not counting of course the time he was lying half dead on the riverbank. It took two years of tireless efforts on the part of the entire Nicklausmeyer clan to make Sherry propose to Hedwiga. They were married at the English church at Meiringen, and soon afterwards they left for London. In the boat it became evident that while he had lots of stuff in his head, there was little to be said about his lower half. But she didn’t let that worry her too much; after all, she hadn’t married Sherry to make babies.

When they arrived in England, Sherry took up residence in the country instead of living at his lodgings in Baker Street. It must have been because of Mrs Hudson. She mightn’t have liked the idea of another woman monopolising Sherry’s attentions, thought Hedwiga. But her friend Katherine had another take on the matter.

“It’s because of that Dr Watson,” she said. “There’s something going on between the two of them.”

But Katherine was wrong about Dr Watson, Hedwiga was sure of that. Once when Hedwiga had fallen ill, Sherry who was busy pursuing a criminal in Denbighshire, sent Dr Watson to look her up. Dr Watson not only cured her of her illness but he had some interesting antidotes for her acute loneliness.

After living for a year in England, it began to dawn on her that far from being rich, Sherry was neck deep in debts. His place in Baker Street had been used as collateral for a loan, and the house in the country was taken on a lease which would expire in a couple of months.

“The only asset I have,” Sherry had admitted, “is my life insurance policy.”

What a waste! All the collective efforts of the Nicklausmeyers had gone down the Rhine into the North Sea! Hedwiga was so mad that she wanted to pick up the violin and hit Sherry on his head with it. The next day when she regained her composure, she went straight to the local library and borrowed a book on poisons. In the trial that followed the murder that occurred at the villa, the prosecution would produce the book from the public library as an important piece of evidence.

They had drunk the tea to the last drop and eaten all the petist beurres, but Katherine was going on and on.

It must have been Katherine’s talk about old Mr Wentworth that started the train of thoughts in her mind. Not arsenic, not belladonna, but cantherides...that’s what she would use. But how does one get hold of it? Surely, one couldn’t walk into Marks and Sparks and ask for a pound of it?

When Katherine had finally left in a flurry of goodbyes and kisses, Hedwiga sent a telegram Dr Watson, now her Watson, a willing if witless collaborator in her fiendish scheme.

On the fateful evening, they all were present at the party: Sherry, Dr Watson, Katherine and Hedwiga herself. Hedwiga had bought a bottle of real Sherry imported from Spain for the occasion. They sat in the veranda and sipped their drinks appreciatively, except for Katherine who, not having a head for liquor, made a brave effort to gulp hers down.

The gentle breeze that wafted across from the Thames had a nip to it, reminding them that the summer would soon be over. Boats of every kind bobbed in the river, and now and then a steamer would bulldoze its way to London, sounding its horn stridently.

Katherine suddenly uttered a groan and fell forward, crashing on a tea-poy. When Sherry and Watson rushed to her side, it was already too late. Katherine died, exactly in the way Hedwiga had hoped.

At the inquest, Hedwiga testified that she had wanted Sherlock Holmes to have the doctored glass of Sherry because the drug cantherides, better known as the Spanish fly, was reputed as an aphrodisiac. But somehow the glasses had got mixed up and the dose meant for her husband was too much for a frail small woman like Katherine.

The verdict was death by misadventure. Contrary to the claims she had made when she was alive, Katherine was indeed a rich woman. She left all her wealth and property to her one and only true friend, Mrs Hedwiga Holmes.

Note: To get to the main page, click the Home button at the bottom of this page, or you can go straight to another story by going to the blog archive at the top of the page on the right and clicking on any story.