Swift Press was launched in June 2020 by Mark Richards, who was the editorial director at John Murray Press (UK) for seven years and an editor at HarperCollins before that.

Part of the Independent Alliance, Swift Press publishes literary fiction as well as crime and thrillers, and a broad offering of trade nonfiction {i.e. nonfiction of interest to the general public}.

{For more about the Independent Alliance, see here.}

Publisher Mark Richards is inclined to push back against cancel culture. Speaking to The Evening Standard, he explained: “The role of publishers is to help society talk about the most difficult issues. But, with a few exceptions, they have become far too one-sided on far too many topics, arbiters not facilitators of debate.  And that’s not good for publishing or society.” (See here.)

Swift doesn’t have a proper website yet, but to get an idea of this new publisher’s direction, see their January–June 2021 catalogue here, see their Facebook page here, and follow their Twitter feed @_SwiftPress (here). 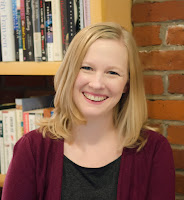 If you’re interested in meeting an agent and in getting published, don’t miss our online How to Get Published workshop Saturday, March 6, with Alice Speilburg of the Speilburg Literary Agency (see here).