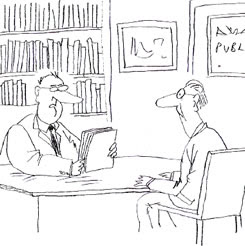 Devin McIntyre has opened a new literary agency: The McIntyre Agncy.  He was previously an agent at Mary Evans Inc., which he joined in 2002.  At Mary Evans Inc, he represented children's lit and graphic novels, thrillers & suspense, and commercial , ethnic, literary, and women's fiction.  In non-fiction he represented biography, history, journalism, memoirs, narrative non-fiction, pop cuulture, science, and sports.  Presumably he's still interested in the same sort of material

Query him at: Devin@TheMcIntyreAgency.com
He has a website (http://themcintyreagency.com/) but as of yet there's nothing on it but his email.

Note: Brian Henry has a couple "How to Get Published" workshops coming up: in Waterloo on July 24 (see here) and in Sarnia on August 22 (see here).
For information about all of Brian's writing workshops and creative writing courses, see here.
Posted by Brian Henry at 12:32 PM