This year, Kelley Armstrong has one TV series and four books coming out and will make two appearances at Brian Henry workshops

Book trailer for The Rising

Next Saturday, March 2, Kelley Armstrong will be my guest speaker at the How to Write a Bestseller workshop in Oakville (see here). She’ll also be a guest speaker at a workshop Saturday, September 28, most likely in Guelph. I don’t usually book my guest speakers that far in advance, but Kelley is a New York Times bestselling author and this year, she’s even busier than usual.

In April, her publishers will release The Rising, a new urban fantasy out for teens (see the trailor above), followed in May by Loki’s Wolves, her first  middle-grade novel, followed in August by Omens, a gothic novel for adults, with Wild Justice, a straight thriller (no supernatural elements) rounding out the year in November. 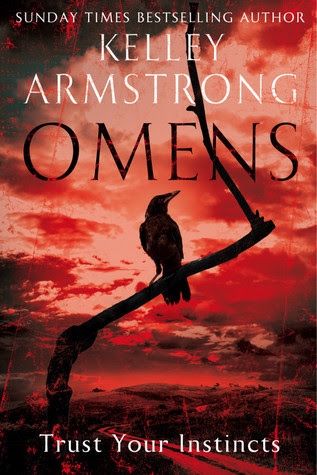 And if all that weren’t enough, Bitten, a 13-part television series based on Kelley’s Women of the Otherworld series starts shooting this spring.

TORONTO – Canada's Space sci-fi channel has placed a full-season order for Bitten, a one hour drama about a female werewolf.

The series, executive produced by J.B. Sugar, is to start production in Spring 2013 in Toronto.

Set in Toronto and upper New York State, Bitten portrays the world of 28-year-old Elena Michaels, the world’s only female werewolf who thought she’d found her one true love, Clayton.

But one small bite has her normal life vanish, leaving Elena to survive life living in a pack.

“I could not be more thrilled about this. A writer always hopes her stories will live on after the last word is written, and now Elena's will, finding fresh life in a new form,” said Armstrong.

“Kelley Armstrong’s novels contain a rich world, compelling characters, and a deep mythology from which to build a dynamic television series,” Sugar, executive producer of No Equal Entertainment, said of the erotically-charged series.

Labels: * News and what not, * Writing workshops, Books