The Onion Stone, a novella by Mandy Pannett, reviewed by F.H.Lee

After three reads through  The Onion Stone, to better absorb the marble layering within this intricate novella, I might now attempt to do it justice. The plot concerns a 2oth Century academic rivalry, a 17th Century love affair and the true identity of Shakespeare. But rather than list plot puzzle pieces or character action, I would much rather attempt to explain why Mandy's writing is so appealing.

My first immersion was for the sake of story – just the pure enjoyment of a well balanced unpredictable plot line.

The second time through was to appreciate the poetry of the writing. Mandy Pannett writes poetry, teaches poetry, judges poetry. Mandy has already had three books of poetry published, with a fourth out later this year. The language in the book is delicious! Each word or phrase has been selected for its precise meaning, rhythm, and detailed description that only a poet can capture.

Finally, the third time through (but not the last!) was to absorb history, real or fictional. The author sprinkles it generously on this fine feast of words. My grade 9 history teacher is likely still shaking his head in disbelief that I've actually come to like the subject ...

What is the book about you ask? Well dahhhlings it depends entirely on what you already know. Some chapters walk us through present day issues, characters, deeds and misdeeds. Noble and neurotic. Other chapters launch us into the 16th century, where we can revel in Shakespeare's muddy world.

Two different love triangles exist ... one woman (Frances) is caught in a nasty spider web that dates back to her youth, when she chose between two suitors, and now later in life, she has to deal with them both as they mature into nasty spiders. They fight over scholarly prestige of the unsolved mystery, and she is the fly caught between them.

Yet, I like Frances, and rather than perceiving her as incompetent or bullied or blasé, I find her refreshingly feisty, with her own reasons for her own conduct. They may grind on her from the outside, eroding her protective armour, but inside she is spry and smart and self-propelled, rebellious as ever. The shards of her spirit still razor sharp.

Now Anne is another story. She is stuck firmly in her web, held fast by protocol and position, with a father, husband, and lifestyle to pity. Tension and suspense exists in her past and present worlds, as does love and deception, astounding betrayal and adamant devotion.

Mandy's words, research, vast knowledge, and creativity within the confines of an old theme merge together to consider the paradox of reality versus possibility; past versus present; young versus old; pristine emotion versus pouty old crabgrass (the two main male characters, take your pick!).

I shamelessly admit that my priority for any piece of reading lies as thus: 1) place, 2) plot, 3) people.

She makes each shine. She builds tension until I am almost late meeting my kids at the school bus stop. I do not want to leave this imagined but realistic world, made tangible and meaningful and current, just for me. I will return often. I will take my three sons for a spin through her wonderful words. Introduce them to Robert Browning and the other noted poets. I will read this to my daughter until she is perhaps able to read it herself.

Kind and generous, Mandy has included something for every age and stage: For Shakespeare nuts and novices. For actors and audience. For serious English Lits and those just dipping toes into cool refreshing irresistible waters. The book has its own full moon, its own tides and currents, its own comedy and tragedy.

I am so thankful that Mandy mustered the courage to attack a novella in her sound, profound, poetic way, and that it found its way across the ocean to me. And although there is not a flaw found from stem to stern, my favourite thing about the book is the humour. The wonderful dazzling unexpected nuggets buried between the pages. It is so very serious and sad at times, that the uplifting corners of the mouth moments are truly delicious.

My favourite character is a child who cannot speak. My favourite mishap is a confusion of colours. I love every drive taken, every launch into history, every memorable moment. You will too! 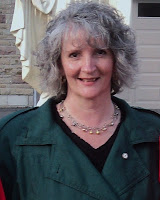 F.H. (Francine) Lee spends too much time deliberating over her favourite fictional character – a stalemate between the disciplined but philosophical Lee in East of Eden and  Mrs. Dubose in To Kill a Mockingbird, the bravest person Atticus had ever known. Francine has taped Brian Henry's advice from his  “How to make yourself write” workshop to the front door, so that she can stop explaining why she's never home, and after thirty-odd years of writing, on and off, she’s published numerous works of poetry, flash fiction, and nonfiction both online and in print.

Quick Brown Fox welcomes book reviews and other book related pieces. I also welcome reviews of plays, movies, restaurants and anything else that catches your fancy. Reviews may be straight up or tongue in cheek. You might review restaurants you can’t afford, based on what you can see peering through the window. Or you might review the patrons of some event, rather than the event itself. Or you might otherwise use your imagination to get up to some mischief. Please keep reviews short and as free of long paragraphs, clumsy prose and grammatical mistakes as possible. Email your review to me at: brianhenry@sympatico.ca