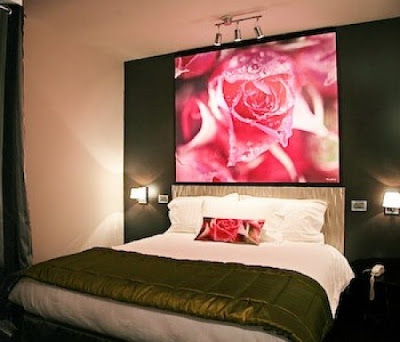 I couldn’t go out there. Maybe the motel bathroom had an escape hatch. I hated stepping straight into a room from a toilet, never mind into the arms of a stranger. It had been too many years. Always one to end up in awkward messes, this was the granddaddy of them all.

The older women I knew had long ago given up thinking they were sexy. They were grandmothers, for God’s sake. Grandmothers had to live up to a certain image, and that image did not embrace meeting somewhat younger men in motels.

Yet, here I was, a grandmother, doing exactly that. ‘Course, it wasn’t my fault. For once in my life, I didn’t do the chasing. I gave that up when I came to realize that what I was chasing and what I caught turned out to be horses of two very different colors. Nope, this time he started it, by being plain old nice. And friendly. And humble. And gentle, a rare trait in this mining town.

We shared so many common interests that I wondered how I had overlooked him. If only I had left well enough alone, but no. I had to get to know him better because, well—because a little voice told me to. He jiggled hormones I thought were long ago used up. Instead of running, I had followed my heart.

I recalled giggling as I threw together a skimpy overnight bag. I sure wasn’t giggling now. Cracking the door an inch, my knees buckled. There lay the object of my quivering desire, breathtakingly naked, grinning at something on TV.

Dark, wavy hair, greying at the temples, body trim. A career on the oil rigs had been kind to him. Was I experiencing end stages of lunacy? How could he possibly be physically attracted to an old bag like me?

Life had not been that kind to my aging chassis. Childbirth alone had started  Mother Nature’s own perverse assortment of changes – four layers of stretch marks, varicosities from toe tip to hips, sagging pelvic floor muscles and various spots, bumps, dents and scars I wasn’t born with. I drooped where I should have perked up, and puckered where I should have been smooth.

Some years I had been fit, others I had been fat. This year I was mostly fat trying to get fit. A once-pattable derriere now invited comments about “junk in the trunk.” My one redeeming attribute was my silky Nordic skin, thanks to ancestry, years of steam baths and a disdain for pore-clogging makeup.

As I stepped steaming and fragrant from the shower, I slid into a fire-engine red housecoat. Put me in mind of a matador’s cape.

There I stood, quaking, all sixty-plus years of me hiding under the housecoat, smelling faintly of Zest and Neiges Eau de Toilette. Thighs still firm though, a testament to years of cross-country skiing. No hangy things on my arms, again thanks to the skiing. Red silk clung seductively to my better swells and valleys. Fluorescent lights brutally showed up my age spots, but those would be doused shortly.

It was now or never. I had come this far – might as well go all the way. Literally. One last primp and pat. Oh no! Legs! Stubble. I could not slide under the sheets like this. Razor. Neet. Spilling the contents of my bag over the counter, I found no hair remover.

Wait. His shaving kit. God it smelled good, just like him. I pulled out his razor, vowing I would clean my leg whiskers off before I put it back. He’d never know I had used it…

Wow! Four rows of blades. My fingers oozed blood as I rushed to finish my shins. I glanced at my furry mid-section. Swipe, swipe – one for each groin. There. I looked less like a female Sasquatch with those two quick strokes.

As I rinsed the razor, I felt wet warmth trickling into my nether regions and down my legs. Blood dripped onto the tiles.  I had forgotten all about my new prescription—Coumadin, a common blood thinner. The more I attempted to staunch the blood flow, the more I bled.

All at once, the affected areas caught fire and began to itch. Ignoring the bleeding, I rooted with fingernails trying to ease the throbbing discomfort. My frenzied scratching only increased the itch. In desperation, I yanked at my hair, figuring I would forget the fire in my groins. It did little more than ruin my hairdo.   As I laid bare my tendons with all the gouging, I groaned in a mixed bag of ecstasy and pain.

“You okay in there?”

I should have answered him right away. I was unaware the bathroom door had opened until the poor man fainted at my feet, my lifeblood seeping onto that gorgeous body. One look in the mirror told me why. Blood-streaked face, hair standing on end, open housecoat plastered to bloody thighs, hands working furiously to soothe burning groins, aging breasts swaying to and fro and me, frothing at the mouth, moaning and smiling the twisted smile of the damned. It was the stuff of horror movies.

Somewhere in my frenzy he came to, helped me clean up and applied wads of toilet paper to my wounds, all of which finally stopped hurting after he settled me into bed. Our express purpose of being at a motel room was forgotten amid the blood and gore.  By dawn, and after a scrumptious breakfast in bed, my self-inflicted wounds didn’t hurt at all, or at least, not as I recall today…. 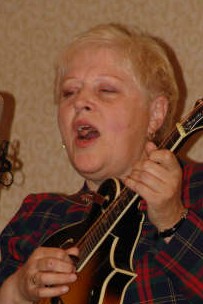 Gloria Jean Hansen comes from rural roots and much of what she writes involves animals and characters from her childhood. She penned a longtime humor/nostalgia column in the Elliot Lake Standard, As I See It, and has had many articles published over the past four decades. She has 5 books published, the latest about the terrible mall collapse of June 23,2012, Where Were You? She is a nurse, mother, grandmother, writer, bluegrass musician and fisherwoman and will one day retire to a cabin by the river to write.