“The Stolen Book,” by Marion Gangasingh 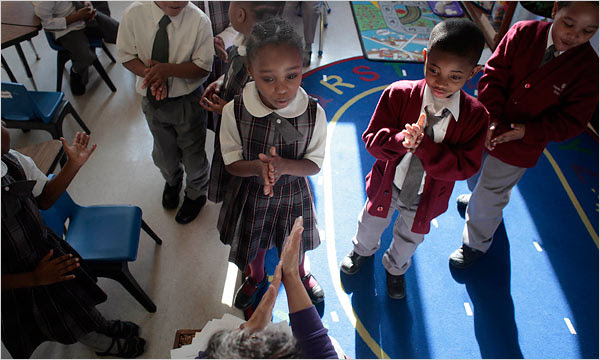 Each subject had its own teacher. Sister Claire was about forty years old, or even more than that. She loved to stand on a wooded platform that was higher than the classroom concrete floor. The higher she stood, the more important she looked. She began her lesson by writing the date on the blackboard. She wrote in English on one line and then in Latin on the line  below. She turned around to face the class and said, “Good afternoon class, please open your Latin texts books.”

I looked at for my textbook but it was gone. I secretly glanced around the classroom and along the narrow rows of desks. Everyone appeared to be in possession of their own Latin books. No one looked like a thief. I began to feel wobbly inside my belly. I was the only one sitting in class without my Latin book open in front of me. I was sitting next to my best friend, Ingrid Wong. We shared the same wooden desk. Her book was only an arm’s length away from me. I reached across and took her book and placed it in front of me.

Ingrid looked at me in shock. “Give it back. You’ll get into trouble if Sister Claire sees that I'm sharing with you.”

“Where’s your textbook, Ingrid?” she asked.

Sister Claire glared at me. “Do you have Ingrid’s book?”

“Where is your book?”

“Someone stole it, so I’m taking Ingrid’s book. Why should I get in trouble because somebody else did something wrong? I can do wrong things, too. Why should I always have to worry about what is right and what is wrong? Maybe it’s not wrong – ”

“Stop it! Before you keep rambling on and on, I want you to stop and think about your words and actions.” Sister Claire’s voice was very loud, even louder than mine. Nuns like her never shouted at us. She usually gave her students a very stern look with her eyes from under raised eyebrows. I knew that she was angry, but compared to the fear I had for my father he was angry, her anger was nothing to be afraid of.

Her hand was pressing into my shoulder by now but I remained cold and calm inside of my skin. She tried to take the book away but I held on to it with a firm grip. She pointed to Ingrid’s name and address on the open side of the cover page. 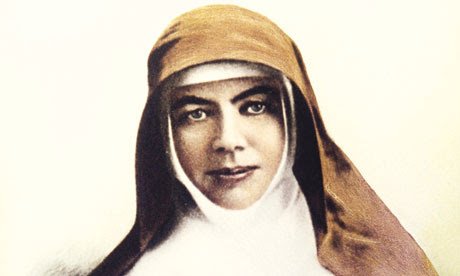 “You will have to go to Mother Superior.”

The classroom uttered a collective gasp. For a second after, there was no sound.

“That’s okay! I’m ready to go to the principal.”

“Don’t forget to take Ingrid’s book with you.”

Sister Claire called the prefect to look after the class and told Ingrid to share with another student. She escorted me to Mother Superior’s office which was across from our school library. It only took three or four minutes to walk to her office, but to me, it felt as if I was walking for at least fifteen minutes. I was trying to think of God and pray, but I failed to do either. Sister Claire left me outside the office for a short time while she spoke to the principal behind closed doors. Then she came out and asked me to go into the room and closed the door behind me.

The principal – Mother Superior told me to sit in the chair directly in front of her. It was a light yellow, soft chair with arms to rest a person’s hands on it. I sat down and gripped hold of the arms. She asked, “Grace, why won’t you give Ingrid Wong her Latin text?” Her voice was very sweet.

I explained to her that someone stole my book and that Daddy would give me a very bad beating if I return home without it. I also told her that it was not my fault my book was stolen, and I should not get beaten for something that was beyond my control.

Mother Superior listened to me with concentrated attention. After a few minutes, in a quiet but firm way, she said, “Sister Claire says Ingrid is your best friend. Aren’t you sorry that you took her book?”

“No. If she’s my friend, she wouldn’t want me to get a beating. She should be glad I took her book!”

“Maybe, she might get into trouble for not having her book.” Mother Superior tried to reason with me, but I was insistent.

“That makes no difference. He doesn’t care what people like you say. He doesn’t even read, he just hits and kicks when he’s upset.”

Mother Superior got up from her seat and walked behind me. She placed her hand on the back of my head and whispered, “Don’t you believe that stealing is a sin, Grace?”

“I’m not stealing if I don’t lie about it. I told everyone that I took Ingrid’s book. And why would God want me to get a beating for losing a book that someone stole from me? God lets grown-ups do what is best for them.”

Mother Superior told me to wait in the library until she could find a solution to this “very, difficult problem.” She also allowed me to hold on to Ingrid Wong’s Latin book for the meantime. She said she would make sure that I wouldn’t get beaten after I surrendered the text to the rightful owner.

I did not know until the end of that school day that Mother Superior had phoned my father while I was in the library and asked him to come to the school because of this problem. At about three o'clock, my father and Mother Superior came into the library. She took both of us into a private room.

Before anyone said anything about the Latin book, I blurted out: “Did you know that my Daddy is also Cherry’s and Ruby’s Daddy?” I looked at my stoic father from the side of my eyes as I directed my question to Mother Superior.

My father froze.  His shoulders dropped, he lowered his eyes and I almost felt sorry for him. I was definitely sorry that I revealed this knowledge to Mother Superior, a total stranger to Daddy. I knew my actions were deliberate and I felt guilt descending on me.

“Yes dear,” she said. “I’ve spoken to your father before.” She displayed no anger, not even pity.

Mother Superior wiped away my father’s shame and guilt with one sentence.

My father told me to give the book to Mother Superior and promised to buy a new one for me before we returned home on that day. Before we left, Mother Superior thanked my father for taking the time to come to the school and assured him that everything would be fine from now on. Everyone was smiling when we parted. Daddy even shook hands with Mother Superior.

I was stunned, yet pleased to see how friendly Mother Superior was to Daddy. I was sure that she would have hated him in the same way that Cherry and Ruby hated me. But Mother Superior acted as if nothing bad was done by my father or by me. I sat in the front seat of the car with my father, in silence, all the way home.

After a couple of days, I wondered if my mother was really the bad one. I wondered if it was really her fault that Cherry and Ruby lost their Daddy and that my half-sisters were placed in an orphanage. I wondered if I was wrong. Maybe, nothing was Daddy’s fault. Just like sometimes, things were not my fault – not really.

Marion Gangasingh is one of eleven children who immigrated to Toronto in 1967. She lives with her husband in Waterdown Ontario where she spends time with her only son and granddaughter.