The Bell by Gord Dupuis

I wasn’t going to cry. Guys don’t cry. Crying is for babies and the insincere. They both make a show of their distress, their grief, and then look around to see who’s watching. Such was the case at my grandfather’s funeral service.

The funeral was, in the eyes of this newly-graduated cynic, a celebration of insincerity and wishful thinking. The predictable utterances – “He was a good man,”  “He’s in a better place” - the hugs and the sniffles and the Kleenexes, sketched a tableau on the front steps of that church, one that I wasn’t buying. They were all actors, playing the roles of those who either didn’t want to be there or were there to be seen.

I was among the former. I most definitely did not want to be there. I wanted to miss my grandfather in my own way, in private somewhere, maybe sitting in his favourite chair at his place, just me and him, sipping a splash from his Johnny Walker Red. None of this public spectacle bullshit. 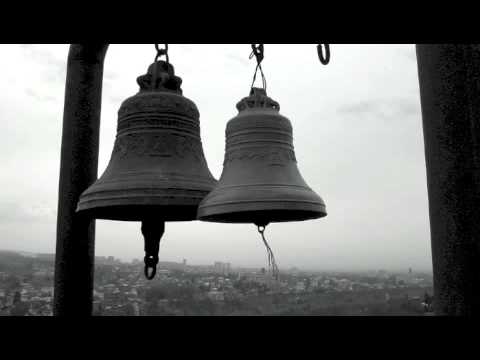 I was carried by duty and the river of mourners into the church, marvelling, vaguely, at the size of the turnout. Settling in the pews among the familiar faces of family and close friends were strangers, quite a few of them in fact, impostors who had crawled out of various obscure corners of Grampa’s life to claim kinship with the man who was my grandfather.

I am the one who grew up with him. He bought me ice cream in Dixie cups with wooden spoons. He brought home, in his coat pocket one evening, a tiny black spaniel. I spent many Sunday afternoons fishing pickerel with this man, and many a Christmas dinner listening to his tales of the “early days” while we finished yet another massive turkey supper.

How dare these alien faces presume to have any connection to him? And yet, here they were.
And there at the front, hovering just above and behind the coffin, was the priest, welcoming us all to this charade.  What a load of crap he delivered unto us. Platitudes and wishful thinking, the hallmarks, I guess, of any church. Our merciful Father had called him home, where he was now free of the pain he had suffered here.

If he were, indeed, a loving god, why had he allowed the suffering in the first place? (We had discussed all this business in university, so I knew the questions to ask.) If God had wanted him home with him, why had he waited so long? Why had he not said, “Charlie, let’s skip the pain part, and get your sorry ass on up here”? In fact, why didn’t the Creator keep all of us freshly-baked creations with him up there in his celestial kitchen? Why would this Platonic ideal of kindness send us down to this hellhole at all?

Sounded more like a sadistic perversion to me. And yet all the idiots in this building were bobbing their heads in agreement.
Unbelievable. How could so many intelligent adults be so deluded? God is a myth, people, a comforting fairy tale based on contradictions. Grampa, who surely was in the best position now to reveal the truth, must be laughing at us inside that box up there.

But now it was time to give Him thanks for taking Grampa from us, and that we should all look forward to seeing him again when it was our allotted time to suffer and die.

I almost didn’t last. But just before I could leap up in righteous indignation and march out of the church, two curious things occurred. First, I could hear through the double oak doors, the rumbling of a diesel engine. Second, six uniformed firemen took their places beside the coffin, and began the meticulous job of folding and tucking the Canadian flag that they had draped over the coffin. Well, THAT was cool. Grampa had been a fireman for over forty

All of us rose as the six men rolled their comrade down the aisle and past me. Not one of those men, stern and solemn as they were, had a dry eye. That’s when I could feel the first hint of moisture in mine.

The priest asked us to remain seated for another moment while the men made some last preparations, including donning their heavy winter coats. It had started to snow and snow hard. Somehow fitting for the occasion, and fitting for the city. Timmins always had a lot of snow, and Grampa had shovelled his fair share of it.

When we emerged from the church, a fire truck sat idling in the street below us. Resting in the back of that ladder truck on a raised platform was Grampa’s flag-draped coffin, beginning to blur in the increasingly heavy snowfall, and the increasing moisture in mine.

The truck pulled ahead a few metres to allow the cars with the “Funeral” signs and the headlights to fall into place behind it, which we did. The procession wound its way through the downtown and, despite the cold and snow, people bustling home with their parcels stopped for a moment to watch the truck go by.

It was when we turned onto Spruce Street that I realized where we were going next. Sure enough, looming ahead on the right was the fire hall, its flag at half-mast. And standing at attention in front of the hall, barely visible in the driving snow, were two of Grampa’s comrades in heavy winter uniform. As the truck drew even with those men, they snapped a smart salute, and one of them struck a bell that stood on a pedestal between them. Three times the bell sounded.
That’s when I lost it. Gone was the vow of stoic silence. I snuffled and heaved like a child as I tried to contain my sorrow. But there it was.

This was pre-911, and I hadn’t realized then that firemen – they weren’t called fire fighters or first responders yet - were honoured in this way. I was so proud of him, and grateful to those strangers who had come to pay their respects.

I wasn’t suddenly cured of my cynicism, nor did I see visions of my grandfather, in uniform, disappearing into the snow storm. In fact, those who found occasion to laugh aloud with each other at the reception afterward offended me to no end. But I did learn that I wasn’t the tragic hero in this play. Others loved him too. 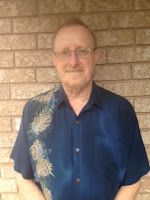 Gord Dupuis is an English teacher who had always promised himself he’d write, but had never quite got around to it. Now, in his retirement, he is finally fulfilling that promise.