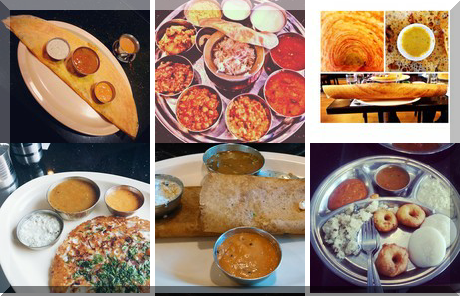 Every now and then, my husband and I drop whatever we are doing to make a quick dash to our favourite restaurant The Udupi Madras Café. It is conveniently located in downtown Mississauga, close to a number of apartment buildings and right in the middle of an office complex. Udupi, as the restaurant is fondly called, is a homey, no-nonsense place where the focus is primarily on food.

That’s not to say the place lacks ambience. It is neat and tidy and well-decorated. A terracotta statuette of Ganesh, the Indian God with an elephant head, greets you at the entrance. Miniatures by Indian artists festoon the wall. Lilting notes of Indian film music floating through the air, add a touch of authenticity.

And the food is oh so delicious! The entire fare is vegetarian, but satisfying enough to wow the most diehard among carnivores. The dishes reflect the flavor and taste of the cuisine from Udupi, a small town tucked away in Southern India in the state of Karnataka. (The name “Udupi” has now become synonymous with restaurants which serve typical South Indian fast food).

The specialities of the Udupi Madras Café include dosas, idlis and vadas. Dosas come in various forms and can be customised to suit your palate. They are thin crisp crepes made with a fermented batter of rice and lentils with options for stuffings. Idlis are soft, fluffy, white steamed cakes prepared from a similar batter. As for vadas, they are golden brown savoury doughnuts made by frying a spicy, thick batter of lentils.

These items are served with sambar (a traditional South Indian spicy lentil and vegetable curry) and coconut chutney. The menu also includes a South Indian thali which is a platter consisting of various assorted curries and vegetables accompanied by Indian bread, basmati rice and pappadams.

The weekend brunch, up for grabs on Saturdays and Sundays is an attraction that draws the most crowds. This includes a sumptuous spread of 15–20 mouth-watering items for a nominal charge. Diners are advised to have a light breakfast and arrive early for the brunch. The restaurant also has a lunch menu on weekdays priced very reasonably which is a godsend for the numerous office-goers in the vicinity.

The servers are courteous and the owner drops in every now and then to check on the customers. Service is quick most of the time (except on weekend evenings when the staff  is tired from preparing and serving the elaborate brunch).You can’t make a reservation, but wait times are minimal.

Last but not least, there is an underground parking garage , with plenty of parking space close to the restaurant and parking is free for Udupi clients.

Offering a refreshingly different culinary experience, the Udup” is a must try for all you foodies out there. 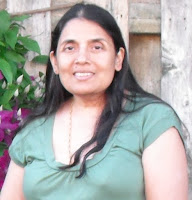 Anuradha “Anu” Varier worked at the Indian Agricultural Research Institute in New Delhi as a Senior Scientist for 16 years before relocating to Canada in 2002. In Canada, she  taught part-time at Wilfrid Laurier, Ottawa and Carleton universities. Anu has been aspiring to step into the foray of non-scientific writing and as a first step, took Brian Henry’s introductory creative writing course. She really enjoyed writing short stories and pieces during Brian's classes.