“Taking My Show on the Road” Rosemary Kilpatrick 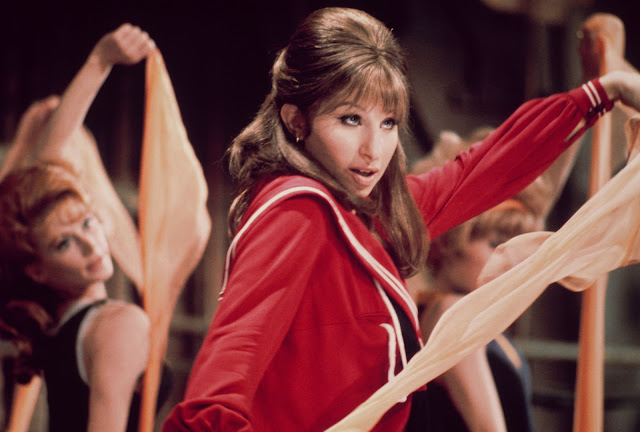 It was all Barbara Streisand’s fault. I was about four when I heard Streisand sing “People” and “Don’t Rain on My Parade” from the hit Broadway musical Funny Girl. Whenever I heard the songs on the radio, I sang along. I wanted to be a star, too, like Fanny Price, and take my show on the road.

Peterborough, Ontario, is a long way from Broadway, but that didn’t stop me. After dressing in my mom’s crinoline slip and pearls, I was ready for the stage. I walked out the front door to start my career.

We lived on a side road that had about twelve houses on it. At the end of our street was the main artery from the south to the northern part of the city. Along the way were two factories and a few schools. Crossing Monaghan Road was a challenge, even for me.

I had my repertoire of songs. I had my stage outfit. I started knocking on the doors of various houses on my street. My audience awaited me. Surprisingly, no one answered any of their doors. 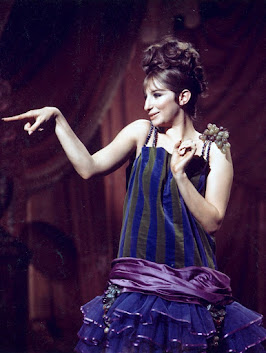 Not one to give up easily, it was time to venture further afield: I crossed the main road. I looked both ways, then stepped off the sidewalk with confidence and determination. I made it without incident.

I straightened my dress, I climbed the three or four concrete steps to a house that, to me, looked inviting. It was a brown and red brick bungalow with white shutters beside the two front windows. My small hands knocked on the front door.

Within seconds, I had my first audience. She was tall, though, everyone is to a child. She had brown curly hair, much like my mother.

“Hello,” she greeted me with a smile.

“I am here to sing for you,” I announced.

“Oh, are you by yourself?” she asked while looking behind me.

I looked over my shoulder. Nobody there. "Yes,” I assured her. “All by myself.”

“Perhaps you should come in,” she said, and gently led me into her kitchen.

Inside, I had milk and cookies while a radio played in the background. She asked me where I lived. I pointed in what I thought was the direction to my house.

She turned up the radio when the announcer said something about a missing child in the area. Then the lady made a phone call. After a few minutes, there was a knock at her door. I heard her talking to someone. Shortly after, she returned with a ginormous man in a black police uniform. He kneeled next to me.

“Would you like to go home now?” he asked kindly.

“But I have to sing to this lady first,” I said and my chin started to shake.

“It’s okay,” she said. “I’ll listen to you perform another day.”

I took the huge officer’s hand as he guided me to the black and white police car parked on the street. I instantly panicked and started crying and screaming. Crossing a busy road to start my musical career hadn't been a concern, but I was frightened of the man and the car. 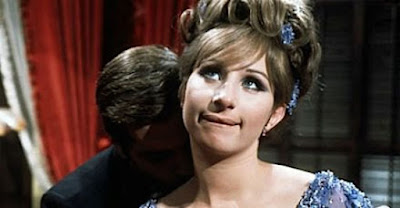 The officer talked into his car radio. He came back to sit on the front veranda with the lady and I while we waited. I didn’t know what was going to happen next. All I knew was I didn’t do anything that warranted being arrested. I just wanted to sing my songs.

A second police vehicle eventually arrived on the scene. I thought I was really in trouble because more police were needed to arrest me. Through my tears, I saw my mom step out of the car.

“Why are you arresting my mommy?” I cried as I ran to protect her from the police officers. She swept me up into her arms and we cried into each other's shoulders. I thought for sure they were going to take her off to jail.

She wiped my hot teary face. “This nice officer is taking us to our house," she said.

“Are we going to jail after?”

She let me down gently so I could climb into the back seat with her, and I sat safely in her arms as we drove away from my audience.

After a warm bath, and some dinner, I was tucked into my bed. My parents hugged and kissed me good night. My fans would have to wait another day before I could take my show on the road. 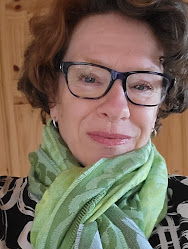 Rosemary Kilpatrick retired to Marsh Lake, Yukon Territory, with her husband, Robert, and their three dogs. Since then, she’s read many “how to write a novel,” books by various authors. In 2021, she enrolled in the Creative Writing Certificate program at the University of Guelph. When Rosemary isn’t writing, she loves cooking French and Italian cuisine, enjoys wines, reads, and is learning to play Gracie, her cello. She is currently working on her first book about a family journey.