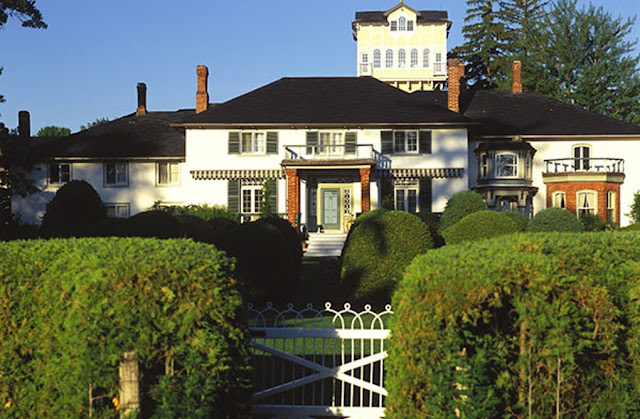 DISCLAIMER:  The names of the Totem Twelve are true. The awards and accolades are fiction – for now. But give us time and you never know how far we’ll go, now that the magic has begun.

The loud ring of the alarm startled Kim Grimes, but she didn’t bother getting up until a couple of hours later, all ready for a PJ Day.  Nothing on the agenda, no appointments, just her dogs, the couch, hot tea, warm blankets, and of course her books.  She moseyed downstairs, the dogs following closely – too closely in Buddy’s case. He passed her and almost sent her flying. Bailey at least was well-mannered and remained at an acceptable pace behind.

Kettle on, dogs out, time to stretch.… Ahh, this was the life.

What to have for breakfast?

Hmm. It’s the weekend and I’m an adult.

Let her eat cake! The decadent, deep dark and delicious chocolate cake she’d had delivered from The Briars. Yummy!

Dogs in, dogs fed, time to read a book. 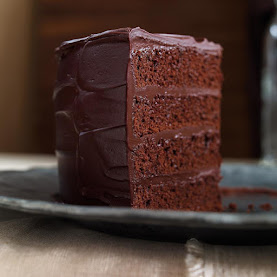 What shall it be today, the latest by defense lawyer, Steve Skurka, a New York Times #1 Best Seller? Or the environmental thriller by Tim Dixon recently awarded the PEN/Bellwether prize for socially engaged fiction?

So many compelling authors to choose from.  It must be unprecedented that 12 writers from one group had all found such success – all thanks to the guidance and tutelage of their teacher and mentor, Brian Henry, and the organizational skills of Sharon Deutsh keeping the group together.

It had begun five years ago at the writing retreat hosted by the Quick Brown Fox (aka Brian Henry) at the historic Briar’s Resort in Jackson’s Point.  Since then, they’d called themselves the Totem Twelve and the comradery, support and connection that had begun that magical first weekend continued as they’d met every six weeks through the years.

Norm Rosolen had five books in his numbered series and showed no signs of slowing down – indeed, he was working on his screenplay adaptation for #1.

Kimberly Schols had won the coveted Griffin Poetry Prize for her moving book of poetry and stunning artwork.

The yearly reunions at The Briar’s were organized by Gaye Gould whose memoir had surpassed Mary Karr’s sales in her first year!

Dana Webster had snagged 1st prize in the CBC’s nonfiction contest for a story called “My Mother’s Letters” and was now working on an anthology of fairy tales with an exciting spin.

The Edgar award for best mystery novel of 2026 had gone to Tanya Tazbaz and everyone was now anxiously awaiting her second book.

Denise Rasmussen’s unconventional memoir style had been added to writing curricula everywhere, and she was traveling the world, doing her one-woman comedy show based on her first book.

Stephanie Grella was a full-time wordsmith, teaching at retreats as Brian’s assistant and working on her award-winning novels in her spare time.

Sharon not only kept the Zoom meetings on point, but she’d had great success with her comedic novel about the trials and tribulations of nursing. Sharon was also in talks with Kimberly’s publisher to submit her book of poetry and art.

Tina Hardwell’s original idea – talk with tina© – had morphed into a popular syndicated daytime talk show; she was a captivating, well loved and popular host.

As for Kim, she’d been promoting her book Secrets of Boria. It had been a whirlwind of excitement but also exhausting – she deserved this PJ Saturday.  Heck, she’d only gotten home from her book tour … Hmm when did she get home? It was all a blur.

Ready for her third cup of coffee and considering a second slice of cake, Kim happened to check her phone. Hmm, five messages from Tina!

We were supposed to have coffee before the show – REMEMBER?

Kimberley Grimes, Where R U?

But … but that wasn’t until Tuesday. Today was Saturday.

Kim checked the date stamp. No, today was Tuesday, and she was due for an interview on talk with tina.  TODAY!  An hour ago.

Jet lag – that would be her excuse. Much less embarrassing than confessing she woke up and thought it was Saturday. If she sped into town, she’d still be able to make the show – Tina usually taped several episodes back-to-back. And if Kim got caught speeding, hopefully Steve could take time off from writing bestsellers and defending high-profile criminal cases to help get her ticket dismissed.

Note: This piece was written at the September 2022 Briars Writing Retreat from the” fortune cookie” prompt: You wake up thinking it's Saturday; it's actually Tuesday.

For details of upcoming writers’ retreats, see here (and scroll down). 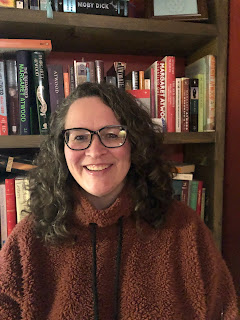 Kimberley M. Grimes’ lifelong love for words, stories and books, began with memorizing nursery rhymes and fairy tales.  In grade school, she eagerly awaited the weekly Kitchener Book Mobile and Scholastic Book Fairs.   She is thankful that her family encourages her book and journal collecting.  Kim lives in Kitchener, Ontario with her supportive husband, Bruce and dogs Buddy and Bailey and has a lovely library of her own.

Kim would like to thank the Totem Twelve and Brian Henry for a magical retreat that helped motivate and inspire her to follow her lifelong dream to write and share her own stories.