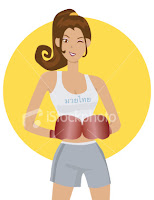 Lizzie Long was the school female bully. There was always one of the female type and one of the male type. Lizzie, representing the females, became my challenge. Everyone was afraid of her. She ruled supreme. If Lizzie said ‘yes’ it was ‘yes’. If she said ‘no’ it was ‘no’. I don’t know how Lizzie earned the title. Had she at some point in the past won every fight that she attempted? Or had she overcome all opponents who dared challenge her? Or maybe her reputation and title were just legend, passed on from person to person, age to age without test or challenge. No beginning. No end. Just a reputation conferred from above that everyone accepted and was, therefore, governed by. Whatever the explanation, Lizzie was the school female bully. No question and no doubt.

Lizzie was in the fourth grade and I was in the seventh grade, but she was a year older than I was. I guessed her slow passage through elementary school was not so much a reflection of her intelligence but rather more of her family’s way of life. The Longs decided what they were going to do and what they would not do. That included deciding whether the children would go to school on any given day or if Mama and Daddy needed them to stay at home. This was at a time in history when there were mandatory school attendance laws but nobody paid much attention to them. Even the superintendant of schools was granted immunity from caring.

A day of absence for all or some of the Longs might be a day the children were needed to work or harvest crops. Another day of absence might be when the Longs were feeling angry with the world. This seemed to occur often. If you met one of Mama Long in the street, her expression would warn you not to get out of place.

The Longs were tough and formidable. Lizzie, even at age nine, had scars to advertize the family’s way of life. Potential visitors were informed they were not welcome by a shotgun pellets ricocheting off the tree in the yard. An unacceptable suitor of the teenage Long daughter had a crease in his scalp to communicate that he should not have bothered to come.

Back to Lizzie. On this particular day, at break time, the class had decided that we would play a ball game that required a captain of each team. I volunteered to carry the ball. When Miss Carrie rang the bell for recess, we jumped up and barreled out of the room in excitement and anticipation. Our procession was unordered and undisciplined. We were eager to break free from the regimen and stifling atmosphere that school learning imposed. Recess meant free play, no supervision, no order, no directions and only a casual glance of disapproval from a teacher, who was just as relieved as we were to be free from bossing us and trying to transform us into readers, factors, ciphers and perhaps, by unintended consequence, thinkers.

Lizzie came out of her classroom across the schoolyard. She approached me and asked me for the ball as though it were her right to have it. Absolutely anyone else would have immediately yielded the ball to Lizzie. But selfish me, with my self-centeredness, my ego insisted that I wanted to command the ball. Oh me, of little concept-testing or awareness.

Lizzie demanded that I give her the ball. The other kids urged me to give the ball to Lizzie. Some kids started crying, “She’ll beat you up,” warned one. “Please Louise, give Lizzie the ball,” begged another.

Filled with an infusion of strength, I screamed at Lizzie, “You can’t have the ball! I had it first.” I turned to my playmates and yelled, “She can’t beat me up!”

One little boy timidly reminded me in an almost whisper that no one had ever beat Lizzie up before. I imagine they were thinking of the Long’s historical legacy. I was in a fix. I did not even have the encouragement, faith or belief from my fellow playground mates.

Lizzie gave me one more chance to surrender the ball to her. I gave her one more chance to get angrier as I refused her request. Playmates tried to defuse the escalating cold war by skipping around and singing: “Lizzie is going to beat you up.”

With no further intervention, Lizzie bore down on me and came across my head with her fist. She didn’t know it but she had just rewritten the future of the school’s legends. My head was throbbing and the fire in my head cruised down through my body. I jumped on Lizzie, driven by the hurt that I was feeling. I pummeled her from head to toe without thought or mercy. There was no fear, no concern and no cares.

Lizzie became a rag doll to my fists. She begged me to let her go but I was unrelenting. I’m sure some unconscious agenda from the past which I never analyzed drove me on. I don’t know how I held Lizzie down but I did until at last I felt her pleas for mercy were sincere enough. Then I got off her and helped her up. My playground mates of little faith now turn-coated on Lizzie. They cheered in triumph and hugged and praised me.

It seems ironic now but I don’t remember wanting to hurt Lizzie. In my young mind, I think I just wanted more equality on the playground. No one should be in control of another, by thought, word or deed.

At the time I was unaware of the concept of superhuman strength attributable to the fight or flight phenomenon or to the concept of the adrenaline rush. But thanks to their presence in my life on that day, I changed the politics and organization of the Albion Academy playground.

Note: To get to the main page, click the Home button at the bottom of this page, or you can go straight to another story by going to the blog archive at the top of the page on the right and clicking on any story.
Posted by Brian Henry at 12:53 PM