"Strategies for Getting Published," Nov 14, Ryerson U 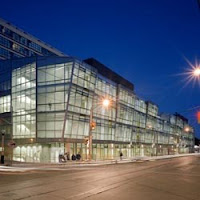 Bring all your questions. Get them answered by the most knowledgeable people in the publishing industry.

Brian has been a book editor for more than 25 years. He teaches creative writing at Ryerson Univeristy and George Brown College. He conducts private weekly classes in Mississauga, Oakville and Burlington and has led writing workshops everywhere from Boston to Buffalo and from Sarnia to Sudbury. But his proudest boast is that he's helped many of his students get published.

Marie Campbell began her publishing career at Octopus Children’s Books in the UK, returning to Canada to work at Penguin Books Canada, then at Quill and Quire magazine and later HarperCollins Publishers Ltd., where she was children's book editor and subsidiary rights manager. Marie joined Transatlantic Literary Agency as an agent in 2003 in London, UK, and has been agenting based in Toronto since 2005.

Beverley Daurio, Publisher and editor-in-chief of The Mercury Press


Publisher and editor-in-chief of The Mercury Press for over 20 years, Beverley Daurio is also the author of three books (including Hell and Other Novels, Coach House/Talon) and a widely published literary critic (Globe and Mail, Books in Canada, etc.). She has published and edited literary magazines, and works to bring the writer's point of view to editing and publishing.Mercury's national list includes award-winning Kenneth J. Harvey from Newfoundland, to Toronto Guggenheim Fellow M. NourbeSe Philip. Books acquired and edited by Daurio have won or been shortlisted for the Governor General's Award, NARSC Award for best researched music book, City of Toronto Book Award, Stephen Leacock Award for Humour, Arthur Ellis Awards from the Crime Writers of Canada, and many others. 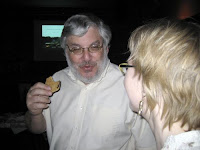 Jack David taught English and then Book Publishing at Centennial College from 1976 to 2001. He started the journal Essays on Canadian Writing in 1974 and ECW Press in 1979. ECW has 500 books in print and has published more books about Canadian writers and their works than any other press.

ECW publishes poetry, including the winner of the 2008 Governor General’s award: More to Keep Us Warm by Jacob Scheier; fiction, including the runner-up in this year’s Canada Reads contest: Fruit by Brian Francis; and mysteries, including Tainted by Ross Pennie. ECW also publishes books on pop culture, pop science, and memoirs. As an editor, Jack has worked with Catherine Gildiner, Neil Peart and John McFetridge and he has edited over 40 anthologies and critical works.

To register: If you’re a Ryerson student, register on-line here.

And bring a cheque made out to Ryerson University (no cash or credit cards please) on Nov 14.

Note: For information about all of Brian's writing workshops and creative writing courses, see here.