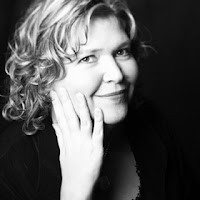 The Knight Agency (TKA) specializes in commercial woman’s fiction, including science fiction and fantasy, mystery, suspense and thrillers, and romance of all kinds. The Knight Agency also represents non-fiction, mostly with religious/spiritual themes, and young adult and middle-grade fiction, mostly for girls.  TKA is a bi-coastal agency, maintaining offices in Los Angeles, Florida and metro Atlanta.

The most junior agent at TKA (and hence the agent hungriest for authors) is Melissa Jeglinski, Editorial Consultant/Associate Agent/submissions coordinator.  Melissa has been at The Knight Agency since September of 2008, just over a year ago, which is practically no time at all in the publishing world.  Previously, she was at Harlequin Enterprises for 17 years. During her years at Harlequin she ascended to senior editor of the Silhouette Desire line, one of the company’s most successful series, and discovered more than a dozen authors who have become national bestsellers.

Great news: Quick Brown Fox has advanced to the final round of voting for the best literary blog in Canada. Please vote for QBF. Go here. Find Quick Brown Fox on the ballot. Click on the tab and rank QBF 1st. Click “vote” at the bottom of the screen, and click to confirm.
Posted by Brian Henry at 9:05 AM