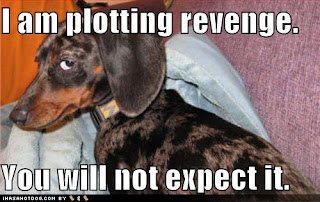 How to Build Your Story

This workshop will show you how writers plot a novel step by step. You’ll also get the best tips on:
- Writing short stories
- Where to get your stories published
- How to win contests
Best yet, you’ll see how to apply the story-building techniques you’ve learned to your own writing.

Workshop leader Brian Henry has been a book editor and creative writing instructor for more than 25 years.  He teaches creative writing at Ryerson University and George Brown College and has led workshops everywhere from Boston to Buffalo and from Sarnia to Sudbury.  He's helped many of his students get published.


Guest speaker Eve Silver of Thornhill has nine books published and three more contracted. She’s written five novels of historical suspense for Kensington Publishing; two near future speculative fiction novels for Dorchester, and two contemporary paranormal novels for Grand Central Publishing (formerly known as Warner Books). In addition, her short stories have been included in the Mammoth Book of Paranormal Romance from Running Press and in the Nature of the Beast anthology from Kensington.

Her most recent sale was for a dark, gritty urban fantasy/paranormal trilogy to Harlequin.  The first of these, Sins of the Heart, will be released in August 2010, followed by Sins of the Soul in September 2010 and Sins of the Flesh in October 2010.

Eve’s books have been best-sellers in the United States and have been published in numerous countries overseas. Her work has garnered starred reviews from Publishers Weekly and Library Journal, has received Romantic Times Reviewers Choice Awards, and has been listed among the Best Books of the year by the Library Journal.  Eve's agent is Karen Solem at Spencerhill Associates. (For info on Spencerhill, see here.)

Eve is a terrifically energetic and dynamic speaker. At the workshop, she’ll be sharing her insights into the plotting process from the point of view of a novelist who’s writing three or more books a year.

For more information about Eve and her books, visit her website: http://www.evesilver.net

Note: For information about all of Brian's writing workshops and creative writing courses, see here.
Posted by Brian Henry at 11:32 AM