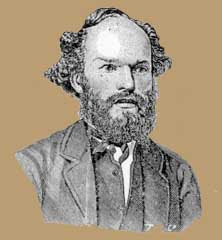 The James McIntyre Poetry Contest is open to all ages: JK and SK, all school grades, and Adult.

Your poem may be on any subject: Cheese poems and dairy odes; the Town of Ingersoll today; the history of Ingersoll; famous people of Ingersoll, or poems that have nothing to do with any of these suggested topics. In 2010, an award will be given for the best poem about the Ingersoll Pipe Band in honour of their 100th Anniversary.

James McIntyre was Ingersoll's most prominent poet.  Unfortunately, McIntyre possessed a genius for writing truly awful verse. The way to win this contest, though, is to write some excellent poetry. There are many different categories of verse and different age groups, too, so this is a contest with a lot of winners, and it’s open to everyone.

Contest judges: Brian Henry for the school age division, and Stephanie Gunter for the adult division.

Entries due by: October 15

For information about Brian Henry's writing workshops and creative writing courses, see here.
Posted by Brian Henry at 7:27 AM