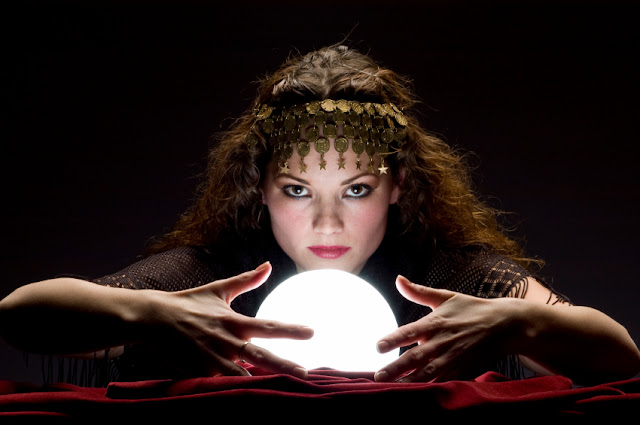 Tiny shards of glass sparkled against the grey tile and beside her right foot the remains of a crystal ball came to a rest. Blood welled from small nicks and cuts along her feet and ankles but Claire felt nothing beyond the pounding in her skull. She saw nothing but the dark vision that flashed behind her closed eyelids.

The deep voice called out her name again. No, not her name but her title, a fake name she used for fairs. Unlike most of the psychics here at the paranormal convention her gifts were quite real. Darkness surrounded her and she began to cough and choke. Air. She needed to breathe and tried to remind herself that it was only a vision, she was perfectly safe, sitting in the convention center.

Claire came out of her vision, gasping for air. Her client still sat across from her with his hand clasped between both of hers. His name escaped her memory as thoughts of her vision took over and she began speaking rapidly. “Cars … a bridge over water … accident … life and death. Save them!”

She released his hand and slumped into her chair, message delivered.

Her client left; he must have gone in a hurry because she didn’t notice his leaving, and when she looked around for him she caught her reflection in the window beside her. Wide eyes, pupils dilated until they blocked out nearly all color. She looked wild. No wonder the man had run off, particularly after she babbled on the way she had.

The vision faded into the background of her mind before vanishing completely as they always did. Thank God. The vision was as vivid as life, and Claire shuddered at the memory of the cold waters swirling around her. Her sense of panic as she sat, strapped into her seat in a sinking car.

Horrific. But how much had she even told her customer? Not too much, she hoped, or the poor man would probably have nightmares for a week. And the vision wouldn’t help him. Her visions never helped anyone. Certainly, they’d never helped her.

Why else would she be working as a fortune teller – for the most part – using the same tricks as everyone else, and why else would she need a second part time job to make ends meet, and to make sure her kids had shoes on their feet? Seeing the future wasn’t what it was cracked up to be.

The convention centers staff came by and cleaned up the broken glass. No one said a word to her, avoided even looking at her. She busied herself with checking on her injured feet and ankles. Why couldn’t she have seen a vision telling her to wear boots rather than the strappy sandals she had chosen this morning? That would have been useful!

None of the cuts or scrapes were serious but they still hurt, and he last hour of the convention dragged on. No one wanted to speak with her, everyone seemed to be pretending that she wasn’t even there. Claire was used to this; she had been seeing the same reaction from people since she was five and had her first vision. Twenty years later nothing had changed.

Finally the day ended. Claire packed up and went outside to wait for her mother to arrive with Claire’s two kids in tow. She stood waiting, and waiting. Tired, she sat down on the curb, her black briefcase on the ground beside her. The children had more than likely delayed their grandma, they were good at that.

After a while longer she got up to call her mother; perhaps she had forgotten that she was supposed to pick her up. It happened. There was no answer. Claire waited a while and tried again but still got no answer. She called her ex, the children’s father but got no answer there either. Her mother was over an hour late.

It was then she heard someone calling her name and turned to see a young police officer approaching.  “Claire James?” he asked.

Her heart stopped. Everything around her stopped. When it all started back up again a moment later her heart thundered in her ears, a resounding, boom, boom, boom that blocked out all else.

The officer tried to speak to her, his lips moving, though the sound never reached her. He must have helped her into his cruiser because the next thing she knew they were pulled up outside the hospital. He escorted her into Emergency. Typical hospital waiting room with bench chairs half filled, people waiting and hoping to see a doctor soon. No one she knew though. She caught a few words from the officer: “Accident … dead … lucky …in shock.”

“No, I’m okay,” she said, able at last to take it in. Her mother’s car had gone over a bridge and plunged into the river below. A man had seen it happen and dived into the water to help. He got her children out but couldn’t save her mother.

A nurse brought Claire to a hospital room where her children greeted her with a chorus of “Mommy! Mommy!” She bent down and wrapped her arms around her two small children as they ran to her, crying she hugged them close. Through her tears she noticed a man trying to leave the room unnoticed and stopped him.

The man looked around, seeming nervous. It was her client from the psychic convention. She remembered the vision she’d had while reading his palm: A car crashing over the railing of a bridge, plunging into rushing water. “Save them!”

“I did,” the man said, “Like you told me. I saw when the car went over. I saw there were kids in there. If not for – ” the man paused for a moment, as if unsure what to say “ – if not for earlier I might not have noticed.”

Claire smiled. For once her gift really had been a gift, and now she remembered the man’s name. Would always remember his name. “Thank you, Jonathan.” 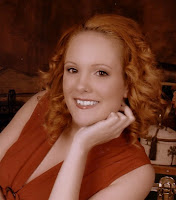 Carol Roots lives in London, Ontario, with her two small children and cat who are all forced to share space with her ever-growing book collection. She has always enjoyed writing and creating stories, but only in the past few years has she begun writing seriously. If she isn’t being driven insane by her children, she can be found staring at her laptop or scribbling stories in one of her many notebooks.