Anne McDermid founded this agency in Toronto in January 1996. She had previously been a senior partner in the distinguished British agency Curtis Brown for several years.
The McDermid agency represents literary novelists and commercial novelists of high quality and writers of nonfiction in the areas of memoir, biography, history, literary travel, narrative science, investigative journalism, popular culture and lifestyle

The agency also represents writers of narrative nonfiction, such as Charles Montgomery and James MacKinnon, both of whom won the Charles Taylor prize for literary nonfiction in their years of publication.

The agency has three agents currently looking for new authors:

Her clients include:
Pasha Malla (long-listed for the Giller Prize, shortlisted for the Commonwealth Writer’s Prize, winner of the Danuta Gleed and the Trillium awards)
Damian Tarnopolsky (shortlisted for the Commonwealth Writers Prize and the Amazon.ca award)
Russell Smith
Jessica Grant, (winner of the Amazon.ca First Novel and the Winterset awards)
Grace O'Connell,
Matt Lennox
Andrew Westoll
and Karen Le Billon, whose first book French Kids Eat Everything sold into thirteen countries and translated into ten languages.

Martha will be the guest speaker at Brian Henry's "How to Get Published" workshop, Saturday, February 22, in Burlington. Details here.

Chris Bucci represents both fiction and nonfiction, focusing particularly on nonfiction in the areas of popular science and technology and popular culture.

Monica Pacheco  represents a growing list of writers. Her clients include: 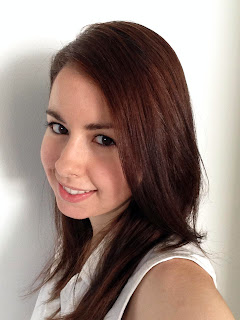 Monica is actively seeking clients in the areas of literary and commercial fiction, young adult (YA), fantasy and science fiction.

Also, Brian will lead a “Writing for Children & for Young Adults” workshop in Caledon at the Bolton Library on Jan 18 (see here).

Brian also has a number of weekly courses coming up in January. You can scroll through the details for all of them here.

To register or for more details of any course or workshop, email brianhenry@sympatico.ca