“Rage and Defiance” by Pamela Anemaet

The penny glowed as his mitted hand held it tight within the tongs over the gas stove. All around, my mother and brothers were yelling and screaming.
Only an hour ago, I was enjoying conversations, with friends at the local park, only to come home to a situation that was spiraling out of control.
Dad had discovered that pennies from his Blue Book Canadian Mint Collection were missing, Convinced they were stolen, he had given the boys a half an hour to come forward with the one who was responsible. “Punishment to be determined.”
Franticly asking questions and throwing out accusations at each other, my younger brother Baron, decided to find out for his self, how much money exactly, was missing. Against our warning him not to go, he headed down the long hallway to the living room.
The large bay windows of the living room protruded outwards and on an angle that allowed my father, who was sitting in his lawn chair on the upper gallery, to observe Baron flipping through the books.
He flew into a blinding rage, it was proof enough in his mind as to who took the pennies and now he would teach him a lesson.

As dad dragged him down the hallway, tightly gripping him by one arm, Baron tried to explain why he had been in the living room but to no avail. We stood, frozen, not sure of what to do.

In the kitchen now, Dad lost his grip on Baron, as he struggled to put on an oven mitt. Baron ran to his room, throwing himself on the lower bunk bed, grabbing his pillow up to his chest crying that he had not lied and that he had not taken anything.
We all knew he was telling the truth. Baron was a funny easy going kid, who got into mischief mostly over not wanting to stay where he didn’t want to be. Places like a class room or a Sunday school camp. A great escape artist of sorts, but never a thief and never a liar.
Dad, got a pair of tongs and a penny and, gripping it tightly within its teeth, held it with his mitted hand over the open flame of the stove.
The rest of us stood around the kitchen, some were crying, Mother was begging, and I, well I was quietly but desperately trying to understand what my father was intending to do with that penny. That penny that was now beginning to glow a very hot white.
Dad slowly turned away from the stove, and being ever so careful not to loosen his grip on the tongs, he started down the hallway, to the bedroom, to Baron.
I wanted to get ahead of him, but he warned us all to stay away, still, we followed.
As we gathered in the bedroom, my father slowly, with an outstretched arm, bent towards the lower bunk where Baron was now screaming and pressing himself hard against the wall, as if to perhaps break through and away from the approaching nightmare. I had never before witnessed such fear as this.
In that moment his intention became horribly clear to me. My heart was beating so hard my ears were muffling out the chaos. This cannot happen. This will not happen… I yelled for him to stop. I was ignored.
I flew down the hall, grabbed the broom from its leaning place in the pantry and in seconds returned.
It was a large straw broom, gathered at the top with rows of wire. It had no give.

As I raised it in the air, I begged my father one more time, to back away. He never looked at me.
The broom came down hard on the side of his head causing him to stumble and lose his grip on the tongs. The penny fell, burning through the carpet, the thick padding and then embedded itself in the hardwood floor beneath.

Except for the muffled sobbing of Baron who had collapsed headfirst into his pillow, there was not a sound.
As my father steadied himself against the bar of the upper bunk, he looked at me with a blank hard stare. I held the broom fast and readied myself for reproach. It never came.
My father returned to his seat on the gallery, my mother to her chair in the living room, where they remained alone and separate in silence, well into the darkness of the night.
Remaining in the boys’ room as bedtime arrived, I moved the bureau against the door, and set the broom beside me on the floor.
I lay on the lower bunk with Baron. His back to my back, feeling and listening to his shaky breathing until sleep finally took him to a better place, a calm place.
I had found strength this day that I never imagined existed within me.
Until that moment, I had never talked back or even argued with my father. I was witness to his punishments and so decided early on, to be very quiet and dutiful. But this was beyond anything I could bear. I was only twelve years old, but had grown tired of the fear of what waited for me every time I had to walk through that door or the sick feeling rising in my stomach when the sound of his coming up the stairs from a day at work, not knowing what mood he would be in.
I wasn’t sure if I had found courage, or had done something very stupid. But as the days went by, I do know that this act of defiance had indeed changed us all. My father kept his distance and, when he was angry, would glance at me, searching, I imagine, for any sign that I might cower.
I simply stared back. I never tested my father and never gave him reason to be angry or distrust me. I knew I could stand up against him again should I need to, and he would know that I was doing it for all the right reasons. Sadly, those days did come again.
As my father aged, he mellowed. I was able to hug him, and even come to a kind of guarded love for him. Trust on the other hand, would never be recovered. I mourned for him when he passed. I mourned for both his suffering and for what we as a family had suffered. I mourned also for what he hadn’t said and what he had not done for us in life. 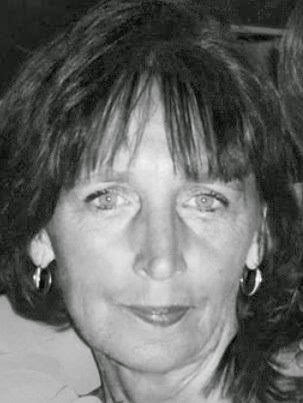 Pamela Anemaet ne Clow, was born and educated in Montreal Quebec.  She is the second child of eight and the only girl.  She moved to Toronto in 1975.  Married for 35 years and has two children and one granddaughter. While her career has been in finance, she has always maintained a creative passion for the arts. Now a widow and retired, living in Burlington, Ontario, she is pursuing writing memoirs of the people who affected her life in sometimes positive and sometimes challenging ways.
See Brian Henry's schedule here, including writing workshops and creative writing courses in Barrie, Brampton, Bolton, Burlington, Caledon, Cambridge, Georgetown, Guelph, Hamilton, Kingston, London, Midland, Mississauga, Newmarket, Orillia, Oakville, Ottawa, Peterborough, St. Catharines, Stouffville, Sudbury, Toronto, Halton, Kitchener-Waterloo, Muskoka, Peel, Simcoe, York, the GTA, Ontario and beyond.
Posted by Brian Henry at 8:31 AM