Banking on a Date by Amy Anastasopoulos

“It’s Gen’s last day, too.”
“Huh?” I said, looking up from the files I was organizing on my desk.
“You know, Gen?” said Sean, my coworker and good friend in the customer service department at the bank. “In the French customer service department? It’s her last day, too.”
“Uh-huh.”
“So, if you want to ask her out, you should probably do it today,” he said.
“Huh?” I was very eloquent today.
“Gen. I know you like her. It’s your last day, it’s her last day. You may never see her again, so it’s kind of now or never, Dan, you know?”
“I don’t think that’s a good idea,” I said.
“Why not?”
“You have seen how our interactions have gone so far, yes?”
Sean laughed because yes, indeed, he had been witness to the idiot I became around pretty girls.
“I’ll probably end up dropping a plate on her foot, or accidentally elbowing her in the nose, or insulting her, or saying something in French that translates to ‘do-me-baby-til-the-cows-come-home.’”
I liked Gen a lot. She was cute and sweet and exotic. Even her name was exotic. Geneviève. She didn’t talk much, though. Well, in English anyway. I saw her speak with her French coworkers in French all the time. She’d moved to Toronto less than a year ago from some rural town in Quebec I could never hope to pronounce. I guess she wasn't all that comfortable speaking English yet. 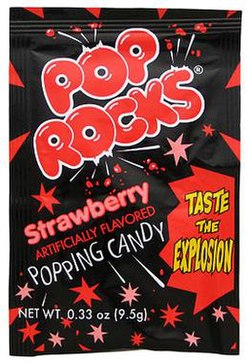 We’d bumped into each other a handful of times at work and I’d considered asking her out, but each time I opened my mouth around her I ended up making a fool of myself. She probably thought I was the biggest nincompoop on the planet.

Example one:
As I was leaving the office one afternoon, Gen came in with a pizza box in her hand.
“Watcha got there?” I asked. As if it wasn’t obvious.

Example two:
One Wednesday afternoon, we ended up taking our lunch breaks at the same time. As we sat in the staff break room I told her about the pop rocks I brought for dessert because they reminded me of my childhood and I loved them and did she want to try them?
I had a couple of flavours and when you combined them, it was like a party in your mouth. And as I was squeezing the lemon over my leftover salmon, it went into her eye.

Example three:
At last summer’s staff baseball game, Gen volunteered to collect the baseballs and bring them back to the office. My offer to help went something like this:
Me: “Can you help with my balls?”
Gen: She quirked an eyebrow at me.
Me: “I mean, can I help you with your balls? I don’t have any balls. I mean, I do. Obviously. I am a dude.” I gestured to my crotch, as if she didn’t know where a guy’s balls were.
Gen: Both eyebrows went up and her eyes widened.
Me: “Not that I need help with them. I mean, unless—” She took a step back. I backpeddled, “I mean, can I help with the baseballs?”
Gen: “No, thank you. There aren’t that many.” She turned and walked away. Quickly.
Me: Wishing I’d never been born.
But Sean was right: It was now or never. 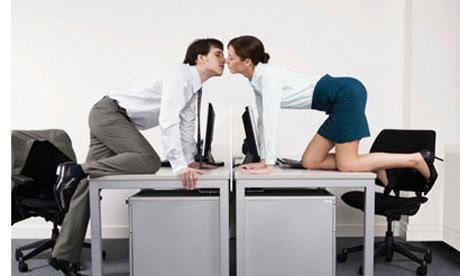 I found her sitting in the staff break room, picking at a bag of baby carrots. She was red as a lobster. A tanned lobster. Like she’d sat outside in the baking sun for twelve hours with no sunscreen. The imperfection should have made this whole situation less intimidating, but if anything it made her appear vulnerable and human and therefore more intimidating.
My mind went blank.
“Um...,” I began. Solid start.
“Hello,” she said. The look she gave me was guarded, as if she was expecting me to comment on her epidermisal misfortune.
“Um...,” I responded. I should really stop while I was ahead.
But then she smiled. And the sun came out and a choir of angels sang and somewhere in a parallel universe, a unicorn was born. Because she smiled at me. And my life had renewed purpose.
“Do you want to go out for lobster?” Oh God, no. “Pizza! I meant, pizza. There’s a pizza place down the street that’s supposed to be really good and it’s open late and do you want to go?” I spit it out quickly, hoping to keep my pretty-girls-make-me-stupid gene in check.
She didn’t seem to mind my blunder because she laughed and said, “Ok.”
Wait, what? Really? “Really?”
She shrugged. “Sure.”
Not exactly a ringing endorsement but I’d take it. “Great!”
“I finish today at six.”
“Great. Me too. Great.” I started backing up towards the door to head back to my desk before I could ruin a good thing.
“So I’ll meet you in the lobby just after six?” she asked.
“Great. That would be great.” I really needed to expand my vocabulary. “See you then.”
I almost smacked myself in the forehead with the break room door when I opened it too enthusiastically. I looked back with a pained smile, avoiding eye contact, hoping she hadn’t seen.
Maybe I’d better find a chaperone for tonight.

Amy Anastasopoulos started writing on a rainy day in 4th grade when her class was forced to stay inside for recess. Tales of adventures with her classmates quickly morphed into tales of adventures with the characters in her head. Book enthusiast, animal lover and (very) amateur photographer, Amy's interests are many and varied, including travelling, astronomy, ecology and baking. She is constantly on the lookout for new additions to her salt and pepper shaker collection.