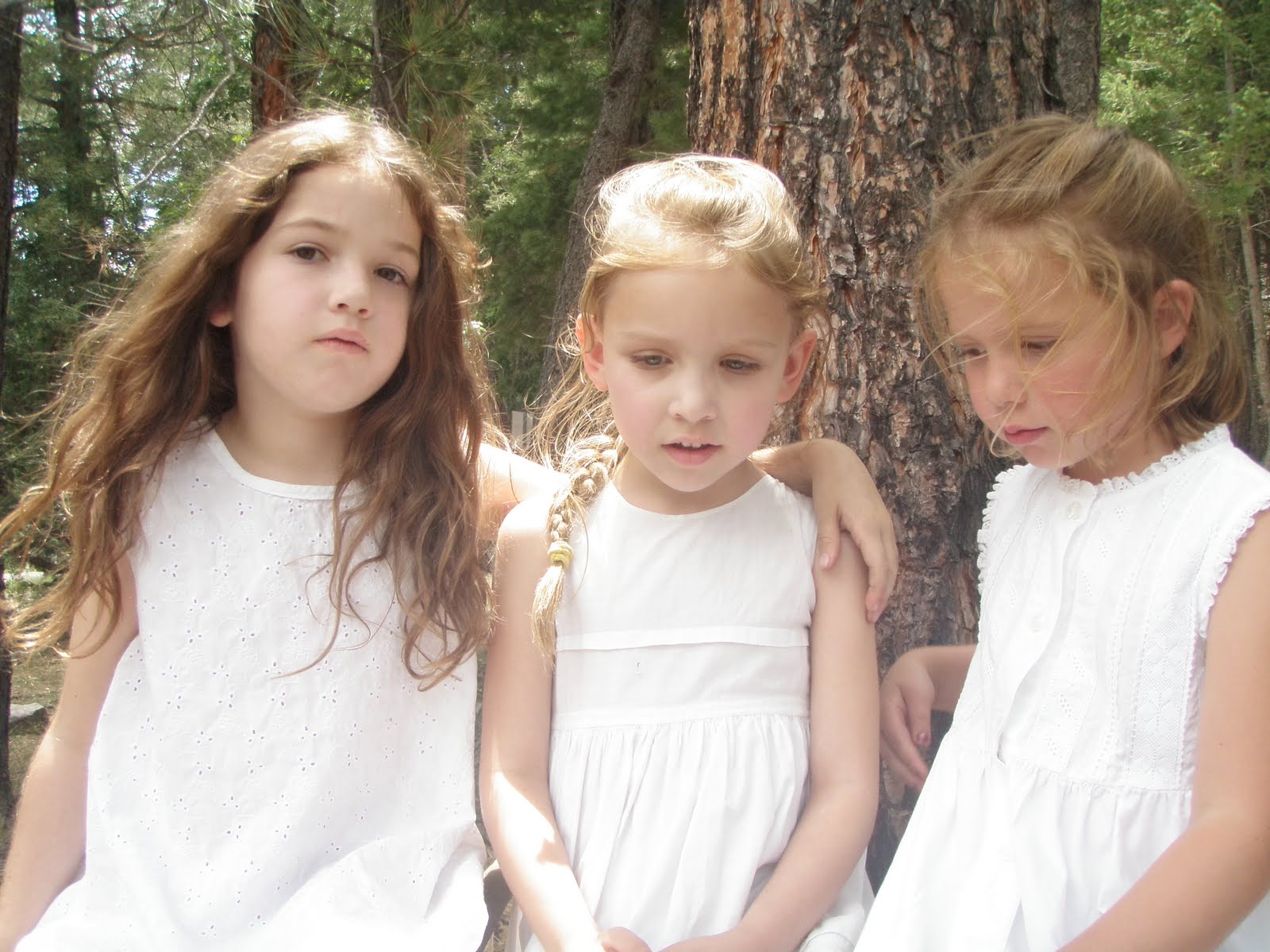 Helen tapped on the screen door.  Pearl was peeling potatoes in the kitchen and could feel the breeze picking up.  A storm was coming.

“Helen, just come on in, no need to knock.” Pearl shook her head.

Helen had lived in that house, set way back from the road, for many years growing up.  She didn’t feel like entering without knocking first.  Pearl lived there now, with her many barn cats.

“Who has this many cats?” she asked herself out loud.  Why would it seem so strange really?  Pearl was Pearl and always needed to be with someone.  Whoever it was had to know her ways, even the cats.  She was known to do things in unconventional ways.  In an unusual way, Helen always found Pearl somewhat detached.

Their differences surfaced through the years into major disagreements which often lasted for weeks at a time.

Helen was organized, and able to keep a secret.  Pearl? Not so.  Out of spite, she told John Bolton, the next township over that his mother was Santa Claus. John had thrown a snowball which knocked off her hat and she thought she’d punish him.

She kept old newpapers and stacked them up on the tea-wagon in the dining room.  If she received letters, they were tucked in the old armoire in the bedroom, off the kitchen.  The desk housed receipts but in no particular order.  Some were laying about and others got tucked into her many books.

Toots lived on another farm, two hundred miles north.  She was their cousin, and the source of many arguments between Helen and Pearl.  Everyone said Toots could outrun any boy at school, and she could.  She was small and wiry.  Nobody bothered with her hair, which was curly and red.  It went free, as did she, for the most part.

When her mother called her in, after dinner, there was no delay. It wasn’t because it was getting dark.  It was because Toots was needed to do the dishes.  Dinner could have been anything from the remains of a box of cereal to beans and corn for dinner.

One thing was sure, there was rum on the counter; often more than one bottle.  Toots helped her mother and father into bed every night. It was expected.  Both of them drank, and neither were happy drunks. Broken glass was left on the kitchen floor and worst of all, her mother would wet herself.

Toots spent her days, clearing away dirty sheets, wiping up floors, and cooking.  School was fit in, somewhere in between.  She kept a chipper attitude considering the situation, and always managed to get good marks in school.

“Why did Toots end up with them?” Pearl would ask Helen.

“You know why.  They had three sons, and they wanted a girl to do the work around the place.”  Helen rolled her eyes.  Pearl had been told that before and not just once.  Their father made it clear to them.  Toots was adopted but nobody was ever to tell her.  Never divulge that, ever, he’d told them.  He felt secure Helen would stay silent, but Pearl, being the wild card she was well, one just never knew.

During a long winter, Helen and Pearl were sent on the train to visit Toots.  Both girls were excited because they always wanted to challenge Tootsie to a new game of sorts.  She wasn’t just good at running, she could high jump and pitch a ball further than her brothers. Pearl wanted to see if she could beat her in ‘jacks.’

Toot’s brothers told her she was a piece of shit.  Her face would colour, but she never cried.  They spoke to her like she was their servant, and in many ways she was.  She told Helen once they told her she had a face that looked like the back of a shovel, and Helen remembered Toots clenched her hands, as she talked about it.

One time she spoke about them when Pearl was there.  Helen told Toots that boys could be that way sometimes with their sisters.  Pearl sat across from Toots, and began to speak.

Helen stood up.  “We have to leave Pearl.  We need to catch our train, and we're late already.”  There’s a winter storm coming.  No time to waste.”

Storm, it did.  The snow was heavy and wet.  There would likely be a train delay, but Helen was worried Pearl would tell Toots what was not to be discussed. They actually left earlier than scheduled and waited a long time for their train.

“I wasn’t necessarily going to tell, but really, shouldn’t she know?”

“No!  That’s the arrangement, and it’s not your call to tell her. Nobody is ever to tell her!”

As the girls all grew older, Helen still wondered, when Pearl talked with Toots on the phone, if the truth might be told.  She mostly worried when Pearl was mad about something.  She was a jealous person, and she didn’t like it that Toots got first prize in high jump at school.  She wouldn’t give her that.  That was Pearl’s way – she had to have the praise.  Rarely did she get it.

Her insides cramped and ached because she never won a ribbon, even in the egg and spoon race at her school.  It meant so much more to her than it did to Helen.

Helen was pretty.  That got her by it seemed, and she was charming to everyone.  Pearl was more downcast and had skin problems.  The doctor told her it was eczema. She scratched at it until the sores wept.

Toots was older than Helen and Pearl, not by much, but as she began to age, she stopped going for her nightly cigarette behind the barn. She had breathing problems. Her parents had died, and so had the brothers.  The farm was hers, but it was hard to keep.  She met a man, fifteen years her junior and she married him.

As Helen entered the kitchen, where Pearl was preparing the family recipe of potato salad, the rain started.  Several cats ran for the barn, where the door was unlatched and began to bang open and closed in the wind.

“Close that screen door for Pete's sake, Helen!”  She untied her apron and set the potatoes on the stove to boil.

“When is Toots arriving?” asked Helen.

“I can’t stay, you know that,” Helen said. “I just brought you a cherry pie, so you wouldn’t have to worry about dessert.”

This was something Pearl knew and counted on, not only the pie, but today she wanted time with Toots alone.

Soon after Helen left, Pearl finished making the salad, set out the china tea service, and waited. She thought she may tell Toots today, let her in on the news that had been kept from her all these years.

Her car had slid on the slick roads, en route to the farm, and turned over in the ditch, catching fire. A man and woman arrived on the scene in their car, and paramedics were on the way, but not soon enough.  The man and woman tried in vain to get Tootsie from out behind the wheel, but she was boxed in.  They were however, able to retrieve an envelope on the passenger seat. It was addressed to Pearl Hudson.

The man knew of the Hudson farm and went to tell Pearl what had happened.  The rain was still hitting hard, and the man appeared shaken and water-logged.  Removing his hat, he asked Pearl to brace herself, and told her the unexpected news.

As he left, he urged her to call her sister. “Family is what you need now,” he said.

Pearl sat on the setee in the dining area.  She opened what appeared to be a short note in Toot’s handwriting. On yellow foolscap it read:

Dear Pearl,I was going to talk with you about something during our lunch today.  I know how emotional you can be so I’m just going to leave this letter on the kitchen table.  It’s your birthday next week.  It is time someone spoke with you about this.
You were adopted, but nobody thought you should be told!  I have always thought so! A person ought to know that sort of thing and it will likely answer many questions you may have had.  I used to ask my mother if I could tell you but she was adamant I not do so.
Let’s talk later tonight on the phone.  By then, I shall  be home and you will have had time to digest this news.Your cousin,Toots.

Susan McKie particularly enjoys memoir writing, and is busy enjoying summer days reading on the deck, and travelling whenever possible. She lives in Bronte, with her husband and cairn terrier named Audrey.