“The Teacher and the Cheating Juggler” by Tobyn Pearson 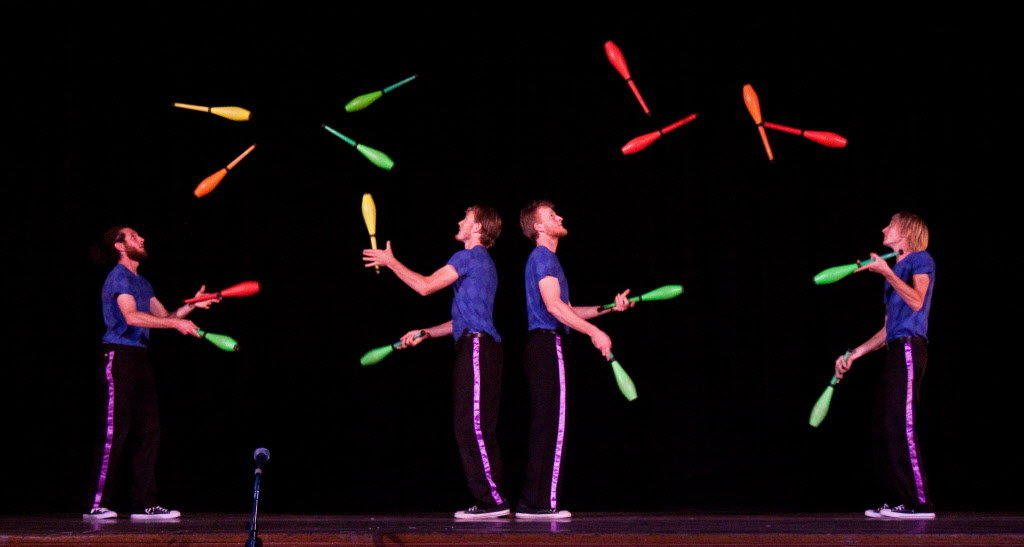 I’ve always thought it important to pay homage to the people who have had a positive influence in my life. From my informative high school years, ladies and gentlemen, Mr. Bill Everett. Tah Dah!

I think Mr. Everett would like that introduction. He was everyone’s favourite gym teacher, who had a manifold of talents, ranging from singing, acting, playing instruments, square dance calling, auctioneering and of course juggling, which is why he was so important in my life. He brought all his talents to bare on us poor unsuspecting impressionable students.

The square dancing gig was an especially strange idea for me to get a grasp on at that time in my life. I was into punk rock and new wave, which of course is the polar opposite to square dancing. He was the teacher, so he got to call the shots, thus square dancing was part of our curriculum, not punk rock, so suck it up buttercup. At first I was very skeptical, but learned to enjoy it for what it was, a way to flirt with the girls and hold their hands. After all, little do-si-do never hurt anyone.

During one, what we all thought would be a normal gym class, Mr. Everett brought out a bunch of tennis balls and told us we were going to learn how to juggle. Most laughed and gave up before they began, thinking it was way too difficult a talent to learn. But a few went for it, then a few more, and by the end of the first class, maybe fifty percent of the students were juggling three balls in some way shape or form

For some strange reason, or simply because I am strange, I picked up three-ball juggling extremely fast and was doing simple tricks by the end of the first class. There is a method to learn how to juggle believe it or not. As soon as Mr. Everett showed me the secret, the world of juggling opened up to me.

After initially learning to juggle, I had no idea where to go to learn more about the art, so I simply stagnated with the few tricks that I could do for several years. Sometime during the mid-eighties, my company had a Christmas party, and for entertainment they hired a professional juggler. His name was Bob Cates and he went on to become the Canadian juggling champion. Not quite an Olympic gold medal, but to me incredibly impressive.

After his show I asked him where I could learn more. He directed me to the McMaster juggling club, which met monthly at the university in winter and at Gage Park in the summer.

I was in absolute awe when I went to my first meeting at the university. Everywhere, there were clubs, scarves, balls, lit torches, cigar boxes, fruit and vegetables (tossed salad, tee-hee) – and any other item a juggler might think of tossing – were all flying through the air. A feeling of wonder, like a kid in a candy store swept through me.

It was here at the university that I learned tricks such as, “Mills mess, Chops, Columns, The cheating juggle,” four-ball juggling, then eventually five. Bob Cates was there, as were the Higgins brothers, who manufacture juggling equipment for Cirque du Soleil. They were all very gracious with their time and instruction. 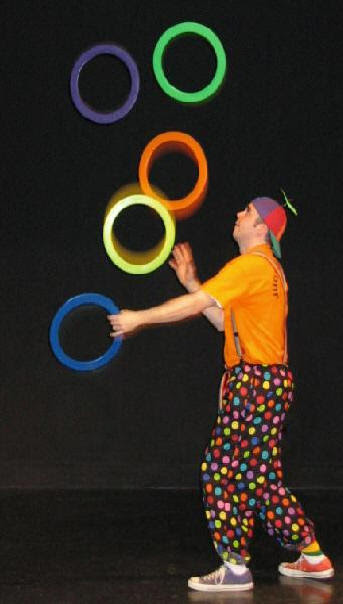 It wasn’t long before I had a juggling repertoire, which when included with the magic I had learned over the years, could be used for a full-length professional performance.

Several years passed, and I went on to do many shows for children and adults alike. There is a whole other story to be told on how I got to my very first performance, which shall be saved for a rainy day, or if my creative writing homework for a particular week doesn’t inspire me.

Time passed and I wanted to somehow pay homage to the people that taught me two of my greatest passions in life, magic and juggling. To this day I still haven’t been able to track down Mr. Roussel, who taught me my first magic trick back in grade six. I was however able to show Mr. Everett the monster he had created.

Each year my High School held a talent show. Mr. Everett was always a guiding force behind it as he had so many talents with which to entertain. Several years out of high school, I went back out of curiosity, to see if they were still holding the yearly talent show. To my surprise they were, and Mr. Everett was still in charge. I set it up with the office staff to give me a ten-minute spot in the show without letting Mr. Everett know anything about it.

I was nervous as hell, which was uncommon since I had performed the juggling I was to do hundreds of time before. This time however I was performing not for the audience, but for a single man who inspired me to toss balls into the air.

I was hiding just outside the auditorium so Mr. Everett would suspect nothing. Once introduced, I made my way to the stage with my bag-o-juggling equipment. I could see Mr. Everett off to the side of the stage, looking at his list of acts wondering where this new act had come from.

I was introduced as the “Somewhat Magnificent Tobini,”  so as not to give away who it was at first. I began with a little speech of how a special teacher taught me some cool stuff and how I wanted to thank him personally. I did my little routine, and then invited Mr. Everett up on stage to have a little juggle with me.

It was a nice moment that I will cherish forever. In writing this I must now go find Mr. Roussel, I owe him the same courtesy. I hope he’s still on the right side of the sod! 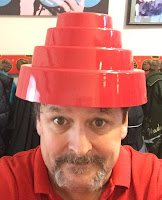 Tobyn Pearson is a recently retired operations manager, looking to find what he wants to do when he grows up. “I’ve given magic, lacrosse, juggling, cricket, knitting, basketball, and baking a try,” says Tobyn. “Time to add a little writing to the list.”