“A Day in Paradise” by Mary Ellen Main 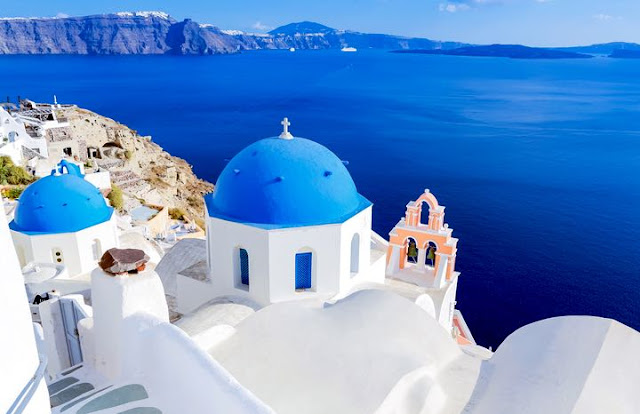 Santorini, Greece, a true Paradise by any other name. It is exactly like all the photos you see.  The white-hot sun reflects off the pristine white walls of the Greek architecture. The deep blue of the domed roofs mirrors the azure blue of the Aegean Sea and endless indigo sky. As the sun starts to dip below the horizon, the entire vista changes into the colours of a coral seabed. Santorini is most definitely beautiful, but when you are 28, single, and travelling with a bunch of your girl friends, there is one thing that is foremost on your mind; Greek boys.

Beautiful Adonis clones that all seem to be 24, inhabit the island and all of them are looking for you. “Let me show you my country,” was the favourite line used by these dark-haired, brown-eyed pictures of perfection. So many choices – so little time. 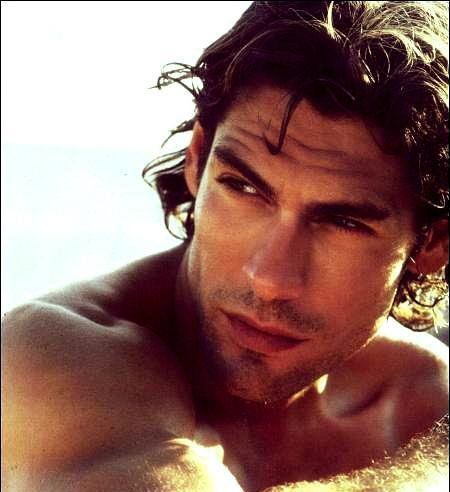 I met a particularly fetching 24-year old named Dmitri. He asked me to go with him to the aptly-named Paradise Hotel on a part of the island that was not one of the usual tourist haunts. This place was run by a friend of his and it was reserved for Greeks alone. My girl friends were all so jealous and I felt quite special to be invited to such an exclusive destination.

Dmitri picked me up on his moped bright and early from my pensione in Kamari. Now that the day was here, I was feeling a tad apprehensive, I hardly knew him and his English was minimal. The first leg of the journey was along a proper road and I started to relax a bit as I lost myself in the scenery. Then we veered from the road and embarked on a tiny sand-covered path that would eventually take us to our destination.

In my opinion Dmitri was driving a bit too fast and I was starting to get nervous. Before I could ask him to slow down the back tire of the moped started to fish tail and the next thing you know he was desperately trying to keep us upright. I was hanging on for dear life when I saw a huge thorn bush ahead to our right. Yes, you guessed it, after a valiant attempt to recover, we ended up crashing right into the thorns.

As I said before, Dmitri didn’t speak much English, but when we went down, he blurted out a big “Fuck!” Now that is a universal word we all understand and with it he captured my sentiments exactly. We managed to untangle ourselves and the bike out of the bush and back to the path, both of us covered in scratches but basically unharmed. 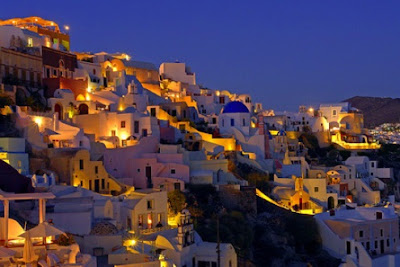 We finally reached the hotel without further incident, and I was happy to see I knew a couple of people there. Christos and Stavros were bartenders at the same bar in Kamari where Dmitri worked, and yes, they were both 24. After meeting the rest of the guests there, I asked if there was a bathroom I could use.

We were a little way down from the hotel proper, nearer the beach, so I was directed to this white washed structure not unlike an outhouse but without a door.  Inside there was nothing but a hole in the floor. I assumed you just stood there, straddled over the hole, and went to the best of your abilities. I would never have gone in if it hadn’t been so clean. The inside was spotless white just like the outside, and it didn’t smell, so l I took a final look around to make sure no one could see in. I then took one leg out of my shorts, put each foot on either side of the hole and started to pee.

When the first few drops hit the hidden contents, I must have disturbed a hundred flies having lunch. Within a second this black mass of flying creatures shot out of there like a cannon straight into my bare butt.

I started screaming and managed to stop myself peeing in mid stream. I bolted out of there, shorts bunched around one ankle, batting away flies from my behind like a mad woman. Thank the Lord the door was facing away from the guests because if they had witnessed my less than dignified exit, I would have kept running all the way back to Kamari, bare ass notwithstanding.

After straightening myself out and wiping the pee off my legs, I made my way back down the path to the tables where lunch was now being served.  At this point Dmitri decided he was going to feed me a piece of zucchini.

This might have been charming had it not been for the fact that I didn’t see it coming, so it ended up going down the wrong pipe and I started choking. For 15 minutes straight, I couldn’t stop coughing. So now I am bright red, tears are rolling down my face, my nose is covered in snot and I think I just let out some of the pee I had managed to hold in earlier.

After I had calmed down, again, the owner said he needed to get something from his room so he asked if anyone would like to come and see the hotel. I jumped at the chance, anything to get away from that table, so Dmitri and I went with him to have a bit of a tour. After our look around, we stopped at his personal room so he could get his camera.

Once inside, I noticed a proper bathroom, and of course I still had to pee, so I asked if I could use it. The owner and Dmitri decided to go back to the party and I could meet them there once I was done. I removed a towel hanging over the door and closed it. After I took care of business with out a fly in sight, I went to leave but the door wouldn’t open. It had somehow managed to lock itself.

I jiggled, pulled, and basically used all my strength to try and get out of there. I started calling for help but everyone had gone back down to the beach and no one could hear me.  I noticed a curtain fluttering and thought maybe I could crawl out the window, but to my horror there were bars covering it from top to bottom.

Now I was really trapped and all I could do was wait for them to notice I hadn’t returned. I swear it was a good 45 minutes later (thanks for noticing Dmitri) that I finally heard him calling.

He tried to open the door from his end without success so he went back to the beach to get the owner. Once he arrived, he started yelling in broken English for me to use the key.  I kept saying that there was no key, there never was!

The next thing I hear is this incredibly loud banging. They are literally breaking down the door to get me out. With splinters flying, it finally bursts open and there was Dmitri and the owner standing there looking none too pleased. I was so embarrassed I tried to make a joke but no one got it and all it did was add to my humiliation.

Once I was safely back at the table, again, it was time to go. I did not want to ride back with Dmitri, so when Christos offered to drive me back on his larger bike I readily agreed. When we started off I noticed that my left leg was getting really warm. I looked down and saw that his exhaust pipe was not covered so this bare piece of metal was getting hotter and hotter the farther we drove.

So there I sat, left leg akimbo, trying to keep from getting burned. On one particularly tight corner, Christos leaned heavily to the left and my leg and the exhaust pipe finally got a proper introduction. The pain was huge, I swear it seared a hole right through to the bone.

I spent the rest of the ride home in agony, but I was not about to let anyone see that, as far as I was concerned they had seen enough for one day. Now that I was home, I limped my way up to my room; legs and arms covered in burns and scratches, pee stains on my shorts, hair in a disarray and mascara running down my face. My friends were there to greet me and the first thing they said was, “Welcome back; how was your day in Paradise? We want to hear everything.”

I looked at them and then down at myself and said, “Oh you will, but I’m going to take a shower first!” 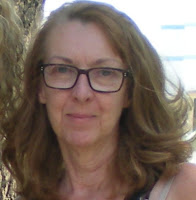 Mary Ellen Main grew up in Burlington and is now back there after living in Vancouver for 33 years, where she worked in the film industry and started writing after taking two online University English courses. She needed to be inspired to begin writing again after she moved back to Burlington and Brian’s course has done just that. She hopes to write a novel one day.