He was hip. He wore crisp shirts and wide neckties. He had a Seventies moustache and Burt Reynolds hair. His right hand almost always held chalk. His left hand was usually in his front pocket. His Levis were so tight that to remove his hand from his pocket he had to put down the chalk, reach across his body and pinch a bit of fabric on his upper left thigh. In this way, he would pin down the interior pocket and keep it from pulling inside-out as he removed his hand. This always left a spot of chalk dust on his pants that he would carefully brush off.

Most of the class thought Mr. Hamilton was pretty cool.

He was wrapping up our Mechanical Arithmetic for the day. That’s what he called it. Every day of Grade 7 we did mechanical math; six digit numbers, four addition, four subtraction, four multiplication and three long division. We toiled the old-fashioned way with pencils and paper in this timed exercise, only ten minutes allowed. There were kids in my class who couldn’t finish in that time, but I could. I had time to spare, which I used to check my work.

“Okay, let’s mark it, pass it back,” Mr. Hamilton instructed.

We all passed our pages over our shoulders to the student sitting directly behind us in the orderly row of desks. 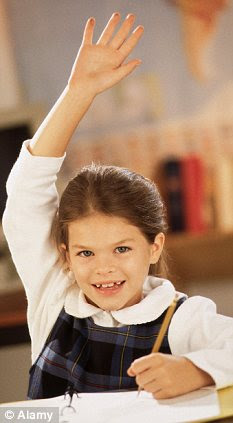 “Who got 12 right?” he asked when the marking was done. A number of hands went up. “Thirteen?” he queried. “Fourteen? Who got all fifteen?”

My hand shot up. He looked at me, “Figures,” he said with a note of disgust in his voice, “When don’t you get them all right?”

Chastised for a perfect score. I couldn’t understand it. I thought that was the goal. I thought parents and teachers alike would praise me for my correct answers. Not Mr. Hamilton, he didn’t like me.

In the afternoon, he handed back our Geography tests.

“Here’s something nice for a change,” he said. “There’s a new top student in the class. Congratulations Martin, you got the highest mark.”

Martin Moore, a shy pudgy kid, was stunned. I turned in my seat to look at him, diagonally behind me across the aisle.

“How does that feel, Jennifer?” Mr Hamilton asked snidely.

I caught Martin’s eye, smiled at him and gave him a thumbs up. It wasn’t a competition. Martin smiled back. I was glad to have someone on my side, someone else who was just trying to get things right.

So, it wasn’t just the marks then. When Martin scored well on a test Mr. Hamilton didn’t take a shot at him, instead he took the opportunity to take another one at me. That Mr. Hamilton, he really didn’t like me.

He liked the prettier girls well enough. I was flat-chested, short-haired and wore jeans and running shoes. I never wore a dress to school. There was Samantha with her beauty mark and her rosebud lips and Rochelle with her sparkling blue eyes, her perfect teeth and disarming dimples. At the age of twelve they both wore bras. Average at their schoolwork but above average at so much more. They were the most popular girls in the class. They were his favourites too.

When Samantha wore a dress to school Mr. Hamilton remarked cheerfully, “You look very pretty today, Sam.” He could be complimentary but I got no approval on math well done.

He liked my Mom – she helped out at the school. He liked my older sister too, despite her A grades. But then, she was more the girly-girl. She wore her long hair tied back in baubles and sometimes she wore skirts. He liked everyone else and everyone else liked him, he just didn’t like me.

Years later, on a Winter day in high school my older sister and I walked home together past our old elementary school.

“Let’s go and see if Mr. Hamilton is in,” she suggested.

He hadn’t. He was there. We could see him through his classroom window at the front of the school, marking papers at his desk.

“Aha! The Smith girls!” he said with surprise as we walked in. “All grown up and in High School now! Sandra you’re looking well, what grade are you in?”

“And you Jennifer, you look the same,” he said giving me the once over, “Still dressing like a boy, look at you in those construction boots, why don’t you learn to dress properly?”

I’d hoped for a better reception. If I’d been unsure of my Grade Seven memories there was no denying it now.

At twelve years old, I had sensed it. He resented me because I was smart. He thought it was my job to be feminine, to be pretty. He still did. Fortunately for me, and much to his chagrin, I was smart. I was smart enough to know he was wrong. 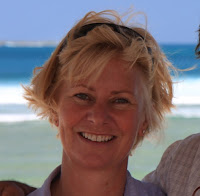 JJennifer M. Smith has lived on the water with her husband aboard s/v Green Ghost, for thirteen of the past twenty-one years while travelling extensively by sail.  She currently lives a land-life in Burlington, Ontario, where she works to develop her creative nonfiction and memoir writing skills.

"Good ol’ 'Mr. Hamilton' was a story I wrote on a prompt in Brian's Personal Stories class. The exercise was to write about somebody who doesn’t like you/ or somebody you don’t like. Mr. Hamilton sprang to mind immediately!"