A cup of tea while wearing pink shoes by Ann Gray

Mary dropped Flo at the Community Centre for the afternoon yoga class.  “You’ll see, Mom,” she said enthusiastically. “After you sell the farm and come live with us, you can come to yoga here whenever you want.”

Flo amended that statement in her head: “Mom, after you sell the farm and give us the money, we’ll install you in the basement of our house, and you can come to yoga after you’ve finished babysitting the kids and  made dinner for us.”

She loved her family. She just didn’t want to be a full-time babysitter and housekeeper.  But what were her options? She couldn’t stay on the farm alone anymore. She had sold the livestock two years ago. She couldn’t find the energy to do the needed repairs on the house, and the barn roof had collapsed after the ice storm. There had been times last winter when she had not seen another soul for days. Times when she had considered just putting on her boots and walking until the snow swallowed her.

She had watched her husband slowly die of cancer and next her brothers and then most of her friends had passed on. She wasn’t sure that a long life was a blessing anymore. Sometimes she thought she had died, too, and was just a ghost, watching life go by.

Flo walked down the corridor of the community centre. She opened a door, the lights were off and people were lying on mats on the floor. Flo shivered. It looked like a line of corpses.

Perhaps seeing Flo hesitating, the yoga teacher said, “You must  lie down to take this class. We’ll be practicing breathing for the first twenty minutes.”

“Good Lord, I am eighty years old!  I should know how to breathe by now”, Flo snapped.   She slammed the door shut and turned to find the exit.  Maybe Mary was still in the parking lot.

A woman with her long grey hair in a pony tail ran past her.  She had pink shoes on her feet.  Really, Flo had never seen anything that silly in her life. Sensible people wore white shoes in the summer and black shoes for the rest of the year. No one she knew wore pink shoes.

The lady called out to Blanche in a Mexican accent, “Come on, Chica. You’re not too late.”
For what? Flo wondered and followed her into a gym, curious despite herself.

Spanish music was playing with an insistent rhythm and people were moving to the beat.  Flo stood in a corner at the back, and watched the lady in the pink shoes start dancing, laughing and sending out instructions to the class in a combination of Spanish and English.

I’m too old for this, Flo thought.   It’s ridiculous of me to even be here.  But the steps were simple,and she found her body swaying despite herself.

After the first song, she realized, no one’s stopping me. She could get out on the floor with the rest of the dancers. One boy was no older than her grandson, but so what, she bet she could out-dance him.

She remembered when she was younger – they would bring in hay until the sunset, then wash up and pile into the back of a pick-up truck to go to the Saturday night dances. She had met her husband Henry at a dance like that. And at the county fair, they had joined in the square dance competition and won a prize. If Henry was here, we’d show them a thing or two, she thought.

The instructor called out, “Just keep moving!  If you don’t like what we’re doing, you can make your own steps.”

Mary frowned, “But where will you live?”

“I’ll get a small apartment nearby.”

“And babysit for us?”

“One day a week,” Flo replied. She looked down at her feet to admire her new, bright pink running shoes. “I need to have time to go dancing.” 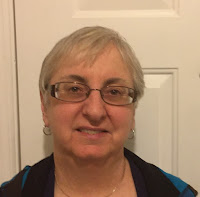