A new book: Slagflower Poems Unearthed From A Mining Town by Thomas Leduc

Hi, Brian.
I hope all is well. I’ve recently launched by first book of poetry, Slagflower Poems Unearthed From A Mining Town. I was hoping you could include it on Quick Brown Fox.
Slagflower tells two stories through poetry. One of a city and one of a boy, both struggling to become more than their history. I wanted to share stories about my family and some of the people who live in this city. I wanted to give the world a peek into our everyday lives, to show them where we came from, what we’ve been through and how far we’ve come. My poems are snapshots of all of this history mixed in with glimpse of average family life.
I explore many themes, like the relationship between father and son, between a person or a city and their environment, between home life and work life and so many others.
I hope anyone who reads this gets a sense of what it’s like for a boy to become a man in an industrial town. I hope they get a sense of who we are and what it’s like to live in a mining town – or any industrial town. I hope readers can understand what industrial towns have been through and all the amazing things this city accomplished, in spite of our hardships.
Thanks for all you do my friend,
Thomas Leduc
President Sudbury Writers' Guild
http://sudburywritersguild.com/
https://tomleducpoetry.wixsite.com/home

Slagflower
Poet is Greek for maker which is practically a synonym for worker, and so Thomas L. Leduc is a thorough poet, i.e., a maker from and for the working-class.  Leduc's poetry – his work – ain't strip-mined, but is rooted in earth, hearth, and heart.
In Slagflower, the poet retrieves true grit, the honest nugget (no fool's gold), and diamonds that are truly squeezed out of coal. Leduc is so skilled at heavy lifting, his touch is deft. You almost don't notice the toil – the hard work of making – that's produced this art, this sculpted masterpiece.
– George Elliott Clarke, 7th Parliamentary Poet Laureate (2016 & 2017)

Plain-spoken yet beautifully crafted, these poems resound with deep history and authentic feeling. Gripping -- I read them in one sitting.
– Susan McMaster, poet and editor

Tom Leduc’s work reflects Sudbury’s origins, a unique series of mining poems that speak openly “of sulphur and ash, of man and metal.” Slagflower is a collection that delves into the poet’s memories of a mining family, of people who depend upon the earth’s resources and risk their lives to go to work every day.
From the impact of a miner’s death on his co-workers, to a daughter’s love for stones and rocks, to a father’s distaste for a kitchen sink made mostly of nickel, Leduc fashions a definitive sense of place, creates characters who are people we’ve all known and loved, and uses a warm, narrative voice to draw readers in.
This debut collection of poems captures the raw beauty of the landscape, but also the difficult truths of what it means to be from a mining town in Northern Ontario. His voice is uniquely powerful because it is rooted so firmly in a lived experience of mining that has yet to be aptly captured in contemporary Canadian poetry.
– Kim Fahner 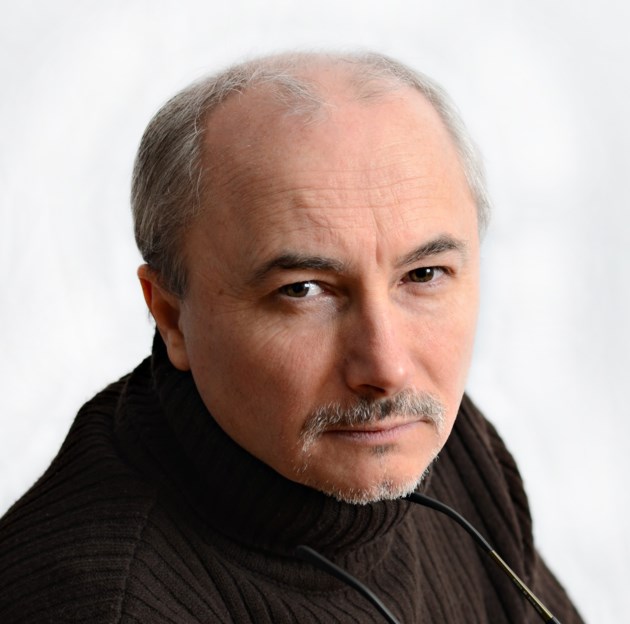 Thomas Leduc was Poet Laureate of Sudbury 2014– 16 and he’s currently the President of the Sudbury Writers’ Guild. His poems and short stories cover an array of subject matter including current events and zombie poetry. His work has been published in various magazines and anthologies. If you wish to know more about Tom you can visit his webpage at https://tomleducpoetry.wixsite.com/home