At the intersection of the Internet and words, the English language is suffering, our thoughts and feelings reduced to a hip shorthand of abbreviated texts, emojis and memes.
To my astonishment, my 80-year-old mother picked up texting with the same curious abandon that a toddler picks up a pre-enjoyed piece of gum from the pavement and pops it in her mouth. Worlds collided when she started her love affair with technology. Suddenly, there was nothing standing between her and her children. Not time, not distance, and certainly not decorum.
A texting bout with Mum is emotionally exhausting. The weather, her utility bill, the traffic – no topic is too trivial, and delivery comes with an onslaught of exclamation marks: “I went to the bank today!! The roads were insane!!! My car died!! I took it to the mechanic, spent $2,000 dollars!!!!”
Then she’ll slip in as a casual afterthought. “How are you?”  If I’m too slow (or too stunned) to reply, she’ll move on to my brother or sister and whip them into a hyperbolic frenzy. Sometimes, she’ll reach out with a random headline or two in her signature staccato format: “Snowing in Hawaii!! Trump’s America is 22 TRILLION IN DEBT!!” The hysteria is perennial; she missed her calling as news ticker writer.
I sealed my fate when I began to work for a technology company. Even though I work in communications, for Mum, I might as well be 24x7 tech support for anyone in the world who’s having any kind of problem with any kind of system or device (but mostly her). “HELP!!!” she’ll text, “I lost all my emails!!!”  Then she’ll call and ask: “Did you get my text?”
Helping someone with a text when you’re not physically there is like trying to swallow your own head whole. 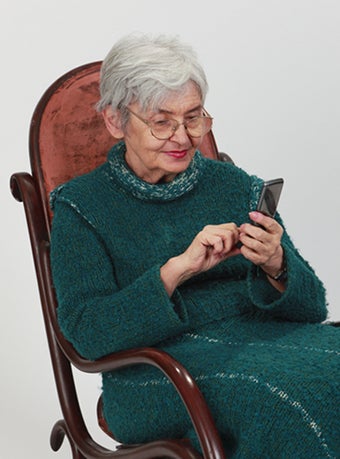 Mum: Do you know how to get confetti?
Me: Huh?
Mum: Jonnie said to click and then swipe and I would get confetti!!!
Me: Ok.
Mum: I’m trying to wish Martha Happy Birthday!!! How do I get confetti to show up?!! I tried it dozens of times!!!
Me: Did you click and swipe where you text?
(By this time, I’ve stopped what I’m doing and am trying to figure out how to get the effect on my phone, while she’s texting me).
Mum: I tried that!! It’s not working!! Stupid phone!!
Me: I’m working, Mum.
This kind of exchange might go on for about 20 minutes, until I pick up the phone in a fit of frustration and call her.
Mum is constantly at war with her phone. Once she texted me the entire recipe for squash soup, right in the middle of a conversation, pictures and all. “Where did that come from?!!!” she demanded, followed by a denigrating “Stupid phone.”
Spell check is Enemy Number 1. She hates it but won’t turn it off, which makes for a lot of “momisms” sent via text. Her best, by far, is “downbusting.” I’m not even sure this was a typo. It’s her take on “downloading” only with more chutzpah.
Hyperbole is the name of her game. After she accused my brother of being a hacker (he’s a developer), she asked him to “downbust a file” for her. My colleagues love the term and use it liberally. “We better downbust on outta here,” they say, “or we’re going to miss lunch.”
I can’t really fault Mum for trying, at least she is keeping up with the times – and the most current way to communicate. It’s just that the person who used to say (with a self-possessed grandeur), “It’s “stuuupid, Elizabeth, not stoopid” is now sending me images of Pikachu with “Haters Gonna Hate” written across the bottom. I’m pretty sure she doesn’t even know what a hater is. 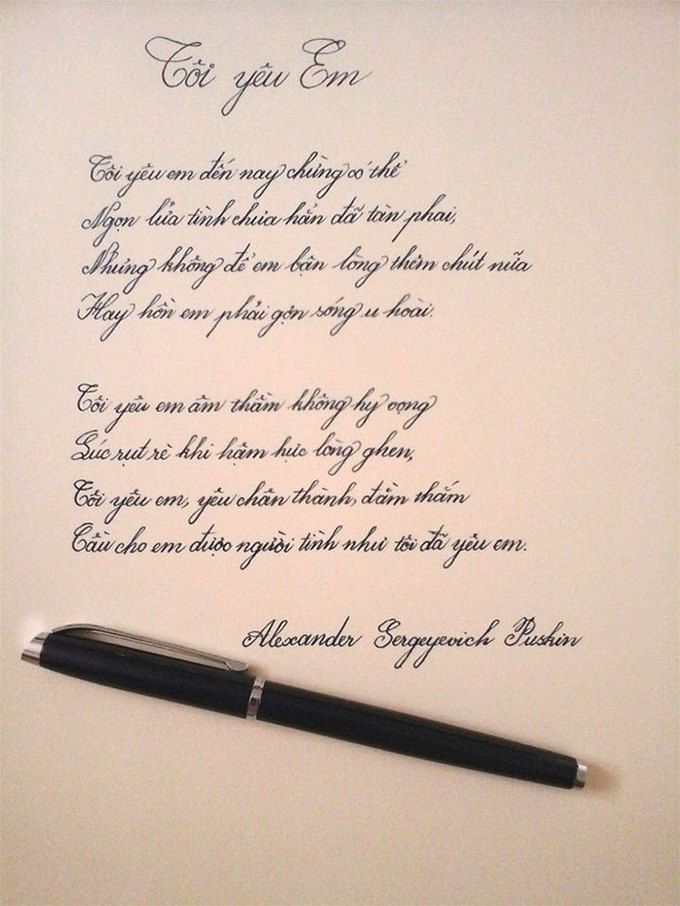 Technology has pushed us past the eloquence of bygone communications. A friend of mine recently showed me a letter that her great grandmother wrote to her great grandfather, her boyfriend at the time and a prisoner of war in a German internment camp.
The letter is so refined and moving, each line laden with careful hope for a future together. The penmanship, pristine and well-practiced. Every long and graceful loop that glides to form its well-spaced words is an exercise in metered restraint. What would compare to it today, I wonder.
A simple text. Or worse, sexting. A picture of her in some white, flimsy lingerie (like the picture that baseball player’s wife tweeted after he won the World Series: “Can’t wait till your [sic] home hon”), her pert breasts curving up to where soft flesh meets fine silk, the gleam of sunlight through the window catching this moment, just so. A private conversation posted publicly for all to see. So pre-coital and immediate, it is almost embarrassing. Instant gratification is in full bloom while anticipation withers on the vine.
When I claim that the English language is languishing, I can’t take the grammatical highroad. I text. I send memes. I contribute to the matrix of typos.
My first job was at a startup in north Toronto. I worked for the Comparelli brothers at Mind the Store as a technical writer. Its kitschy claim to fame was that their salesman, Pat Gowan, was the singer Gowan’s brother. I couldn’t talk to him without, “You’re a Strange Animal” playing on an eternal loop in my head. The company ran out of funding and stopped paying its employees, so we spent most of our days applying to online postings of jobs.
One day, I was unabashedly formatting my resume on company time. I listed out my hobbies (back when it was okay to do so) and included “music (disc jockey)” because I DJ’d at a campus radio station, as well as a nightclub. I thought it might make me appear well-rounded. Once I finished formatting my resume, I spell-checked it. Wanting to head home, I hurriedly accepted all recommended edits before firing off a bunch to potential employers. It was on my hour-long ride home on the subway that I found my typo. Spell-check didn’t like “music (disc” and substituted “masochistic” in its place. In my haste, I had accepted this change and now one of my hobbies was listed as: masochistic jockey. 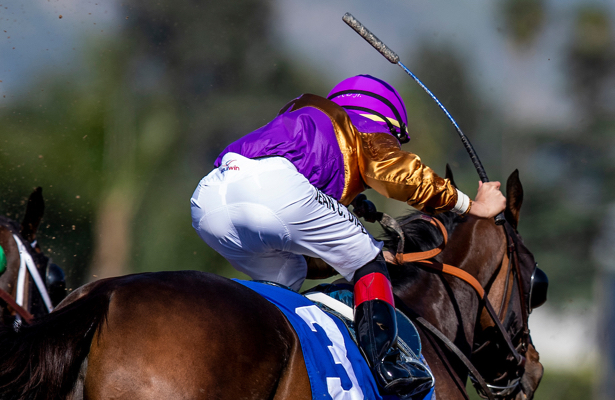 What exactly is a masochistic jockey, I mused as the subway clackety-clacked its way downtown. I imagined a jockey in full dress, crouching inches off the saddle, eyes rolled back in ecstasy, committing self-flagellation with a riding crop as opposed to urging on his horse. Winning the race was no longer the point. Clearly, it was the journey that mattered.
I didn’t get any interviews. Not even one, out of curiosity.
Technology is making us lazy. Soon, we won’t even have to think; computers will do it all for us. Predictive text has been around for decades and Google is using AI to suggest pre-canned replies to emails. (I can hear my mother arguing with her inbox, insisting “That’s not what I want to say!” but refusing resolutely to deactivate the feature. It’s fodder for another text-plaint to her kids, after all).


The dumbening is coming (it might already be here) George Saunders predicted it back in 2007 with social media sites serving as platforms for the braindead megaphone. There’s no need to mention the usual suspects – human or tech – they’re so obvious today. Technology affirms that language is a social construct; the medium has become the message. In that (cyber)space where words and technology intersect, a well-known NRA slogan comes to mind: Guns don’t kill people, people kill people. The same can be said for the English language: Technology doesn’t kill syntax, people kill syntax. But (like guns), technology doesn’t help.
Sry g2g Cya. BFN. 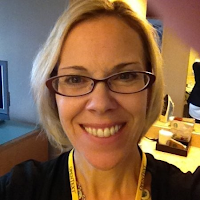 Elizabeth Chestney-Hanson is a recovering careerist who’s recently returned to her passion for writing. Humour in the human experience interests her, possibly because she laughs too loud and at the wrong times. She lives in Elmira, Ontario, with her husband, daughter, their two dogs, and a cat {no horses; no riding crops}. She is an unapologetic over-user of the semicolon.

“Masochistic Jockeys” was previously published on The Penman Review. See here.
For information about submitting to The Penman Review and 21 other markets for your short essays, poetry, and fiction, see here.